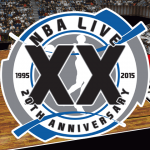 Over the past few days, we’ve been sharing some memories of NBA Live 95, plus a couple of fun things from the archives. But what if you want to play NBA Live 95 PC yourself? Or the PC version of NBA Live 96, or NBA Live 97 for that matter?

Doing so can be difficult in recent versions of Windows, unless you use DOSBox. And if it’s been a while since you used DOS – or if you’ve just picked up the games off eBay, and have never used DOS before – that can feel like a daunting task. Fortunately, we’ve got you covered with a new addition to our Wiki resources: a step-by-step guide to running NBA Live 95, NBA Live 96, and NBA Live 97 in DOSBox!

In case you haven’t felt inclined to dust off those old games just yet, you may want to keep that page bookmarked, as I’ll be releasing some patches for the PC versions of Live 95-97 as part of our ongoing 20th Anniversary of NBA Live celebrations. Working on them has certainly been a nostalgic experience for me, so I hope that at least a few of you will feel inclined to fire up those old games, and give the new releases a spin once they’re available.