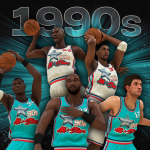 As promised, 2K has revealed some of the new Legendary teams that will be available in NBA 2K20. This year marks the return of All-Decade teams (also commonly referred to as Decade All-Stars). For those unfamiliar with the concept, they’re squads filled with the best players of each decade, spanning from the 50s and 60s through to the 80s, 90s, 2000s, and 2010s.

It appears that this isn’t it for the new historical teams in NBA 2K20, as the announcement indicates that these squads are just the first to be announced. It remains to be seen whether the rest of the additions are similar concepts, or new throwback squads along the lines of the 1996 Bulls and so on.

The All-Decade teams/Decade All-Stars, a concept that NBA Live has also featured in years gone by, last appeared in the NBA 2K series in NBA 2K10. They were removed in favour of the retro teams that were added as part of The Jordan Challenge and NBA’s Greatest, and subsequently featured as bonus content ever since. The historical content outside of MyTEAM was last expanded in NBA 2K18, when the All-Time squads were added.

You can check out some screenshots of the All-Decade teams below. As you can see, they’ll be sporting jerseys based on All-Star uniforms from their respective decade, which is a really cool idea. What are your thoughts on their inclusion? Have your say in the comments section below, and join in the discussion here in the NBA 2K20 section of the NLSC Forum! We’ll try to stay on top of the reveals as best we can, so keep it locked. 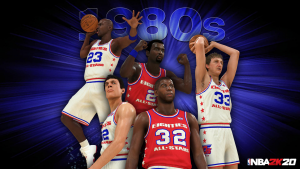 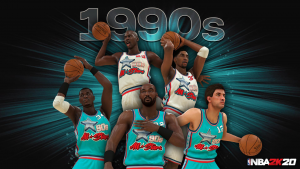 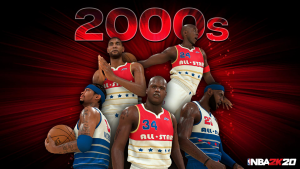 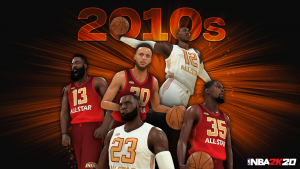