Episode #20 of the NLSC Podcast is celebrated with more predictions, along with the usual talk about the NBA, basketball video games and more. Join Leftos, Ben and myself for a milestone episode in which we discuss a multitude of topics from the past week, while once again bantering about this and that along the way.

As always, we welcome your thoughts on our discussion and the show in general in the comments below or this thread in the Forum, along with your answers to Ben’s latest round of questions.

We have some new file additions for NBA Live 08 for you today, namely the final versions of vigan.1995’s various jerseys including a Christmas jerseys pack, this year’s East and West All-Star jerseys, the new alternate for the Golden State Warriors and a complete pack of jerseys for the 2012/2013 season. You can download them all at the links below. 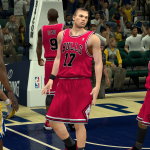 A new, very minor official roster update for NBA 2K13 has gone live, containing lineups that have been updated through March 5th, 2013. The new roster contains only three changes, specifically Louis Amundson to the Chicago Bulls, Juwan Howard to the Miami Heat and an update to Tony Parker’s injury status. 10 players are still missing and a few other errors/inaccuracies are also present.

The new roster will be pushed through automatically as long as your PC, Xbox 360, PlayStation 3 or Wii U is connected to the Internet. PC users who would prefer to update their game manually may do so with our offline update pack, which contains the latest roster and online data files.

For the shoe buffs, Ronnie 2K has also noted that 2K are “hopeful” that the Jordan XX8s will be added to NBA 2K13 within the next couple of roster updates. 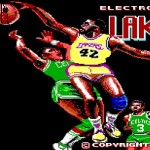 Mr. Retro Sports has posted a retrospective of the MS-DOS version of Lakers vs. Celtics and the NBA Playoffs, EA’s precursor to the NBA Live series, over at RetrowareTV. The article notes the game’s importance as the first NBA game to feature real teams and players, along with distinct player likenesses (at least by the standards of graphics at the time) and signature player moves.

It also observes that the game featured some considerably deep simulation elements for its era and offers some personal recollections of playing the game for the first time, all those years ago. If you grew up with Lakers vs. Celtics or are interested in learning a little about the history of basketball video games, it’s definitely worth checking out. You can also find more retrospectives and old school sports game content from Mr. Retro Sports over at Retro Sports Gamer World.

We have a variety of new and updated files for NBA 2K13 PC for you today. Leftos has updated the Roster Editor and Keep My Mod, while releases from the community include an update pack for the FIBA 2K13 Mod, a Christmas jersey for the Trail Blazers, an arena update for the Thunder, retro arena for the Pistons, an NBA TV scoreboard for 16:10 monitors, new net physics, updated coaching profiles and a super global. Download them all at the links below!

As of this post, we have 691 files for NBA 2K13, rapidly approaching the total number of files for NBA 2K12 in our database (785). A huge thanks once again to everyone who continues to contribute to the Downloads section and make use of our upload facilities. Please keep all the great work coming!

END_OF_DOCUMENT_TOKEN_TO_BE_REPLACED

Still playing NBA 2K12 on PC? Then be sure to check out today’s file additions which include shoes for Scottie Pippen along a new All-Star Mod, a 2003/2004 season mod and a new version of the 1996/1997 season mod, all three of which are 100% compatible with V43 of the Ultimate Base Roster which came out yesterday. See below for all the download links! 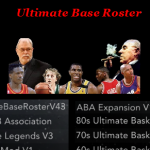 V43 of the Ultimate Base Roster for NBA 2K12 PC by HAWK23 is now available to download! The latest release adds a couple of new and updated retro season mods, adds a new All-Star mod, contains a few new fixes and art updates and brings the 2012/2013 season rosters up to date as of March 3rd. A full rundown of the key features of V43 is as follows:

Download the Ultimate Base Roster here! Also be sure to check out the release thread for additional previews and support, or just to thank HAWK23 and company for their outstanding efforts. 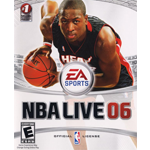 We have another new file addition for NBA Live 06 today courtesy of Dc311, who has converted some more of TanyaMarkovA’s fantastic jersey updates for NBA Live 08. Look out for these jerseys in the upcoming 2012/2013 roster updates and stay tuned for more releases from Dc311 as he continues to work on some conversions.

Time for some more new and updated files for NBA 2K13! Leftos continues to update the Roster Editor, which as of this post is now at version 0.23.0.1 and jam packed with features to see us through to the release of REDitor. retroman also continues to release retro court updates, while Pepis has updated a couple of his retro jerseys and released a new basketball pack. See below for all the download links! 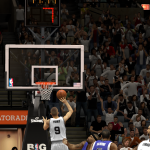 A new official roster update for NBA 2K13 is now available, containing lineups that have been updated through March 2nd, 2013. The rosters will come through automatically as long as your PC, Xbox 360, PlayStation 3 or Wii U is connected to the Internet, but if you’re playing the game on PC and would like to update your game manually, you may do so using our offline update pack.

Six players have had their ratings edited in the latest roster, namely Tony Parker, Stephen Curry, Ty Lawson, Andre Iguodala, Dion Waiters and Royce White. Patrick Beverley and Mike James have also been added to the roster and some minor transactions have been accounted for, though there are still a few missing players and transactions and Alvin Gentry is still coaching the Phoenix Suns. You can find Rashidi’s analysis of the latest roster here and watch a video rundown of the roster here courtesy of Operation Sports.

Late Thursday night in Athens, early in the evening in Vermont, Leftos and JaoSming get together seemingly just to play some Trials Evolution Gold Edition and chat. One hour in, just as Jon is finishing every single track in the single player “campaign”, they realise they are talking about some interesting stuff. So, Leftos hits record and an impromptu podcast happens.

We hope you enjoy this impromptu bonus episode of the NLSC Podcast! Feel free to add your thoughts in the comments below or here in the Forum, and don’t forget to check out Episode #19 featuring Leftos, Ben and myself, released earlier this week.

Tip off your weekend of basketball gaming with the latest file additions for NBA 2K13 PC! Leftos has released a new version of the NBA 2K13 Roster Editor, retroman has uploaded retro courts for the Hornets, Bucks, Hawks and Bobcats, and exrxixxx has put out a new NBA TV scoreboard optimised for 16:9 monitors.

Want more? There are a couple of custom title screens courtesy of millenniumTCK, DavidBeckham23 updated his Boston Celtics Europe Live 2007 jersey pack and Alpha Justice has provided us with some new shoes for Derrick Rose. There are 11 new or updated files in all today, which you can pick up at the links below.

END_OF_DOCUMENT_TOKEN_TO_BE_REPLACED 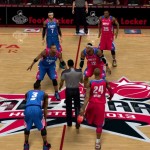 END_OF_DOCUMENT_TOKEN_TO_BE_REPLACED

We have one new file addition for NBA Live 06 today, a conversion of TanyaMarkova’s 2013 All-Star jerseys by Dc311. Dc311 has indicated that he will be providing some more conversions of art updates for NBA Live 06 as well as NBA Live 2005, which is very welcome news as I get closer to releasing current season roster updates for those two games, along with NBA Live 07 and NBA Live 08. In the meantime, you can pick up this year’s All-Star jerseys for 06 at the link below!

Our modding community has four new files for NBA 2K13 PC for you today. DavidBeckham23 has released a Christmas jersey update for the Phoenix Suns, while retroman continues to release his great retro court mods, specifically the Charlotte Bobcats’ original court and the Boston Celtics’ courts from 1999-2004 and 2005-2008. Download them all at the links below!