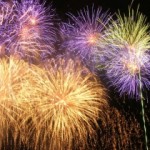 Though it only feels like yesterday since I was posting a New Year’s Eve message, somehow we find ourselves at the end of another year. It’s been another good year here at the NLSC as our modding community for NBA 2K continued to grow, more and more contributors began making use of our upload facilities and we finally got our podcast off the ground. Though NBA Live 13 was ultimately cancelled, we had some interaction with the developers in our Forum and will hopefully be able to chat to them again in the not too distant future. The game that did come out, NBA 2K13, was quite well received by most and our community has been modding it enthusiastically, as we have more than half as many files for NBA 2K13 as we do for NBA 2K12, in a little under three months of the game being out.

As always, a huge thanks to everyone for your continued support of and interest in the NLSC. Once again, we’re looking forward to doing bigger and better things in 2013. We’re intending on bringing you the NLSC Podcast each week, there’ll be more video tutorials and content, and some other regular features that we hope you will enjoy. As I mentioned before, our modding community is still going strong so you’ll also still see plenty of new files being posted and I’m hoping to have the current rosters for NBA Live 2005, NBA Live 06, NBA Live 07 and NBA Live 08 out as soon as I possibly can sometime early in the new year.

On behalf of the NLSC Team, thanks again for sticking with us through another year. If you have some big New Year’s Eve celebrations planned, have fun but please be responsible. Stay safe, don’t drink and drive, and as Lutz once cautioned us:

Remember the safest order of things on New Year’s Eve: 1. Fireworks, 2. Drink, and not vice versa!

Here is the last batch of NBA 2K13 file additions for 2012! Our community has been doing some fantastic work in the three months that the game has been out as we have 435 files for the game in our database as of this post, already more than half the number of files for NBA 2K12. See below for all the download links for today’s new and updated files, which include a custom Draft Class, faces, arm texture fixes, current rosters, courts/arenas, portraits and scoreboards. A big thanks once again to all our contributors, please keep it coming in 2013!

Leftos and I have taken a short break from the weekly NLSC Podcast over the holiday season, however new episodes will resume early in the new year. In the meantime, we invite you to check out the “lost” pilot episode that Pdub and I recorded a couple of years ago, in which we interviewed bigball12, who as you may recall was able to get his hands on the unreleased retail version of NBA Elite 11. In addition to getting his thoughts on the cancelled game, we also chat about the first NBA Jam reboot by EA Sports, the future of the NBA Live series as we saw it at the time and NBA 2K11.

This was our first attempt at a podcast and though it took a while to get off the ground after that initial test pilot, we’re enjoying bringing you a weekly podcast discussing basketball video games, the real NBA and more. We hope you’ve been enjoying the episodes, thank you once again to everyone who has tuned in thus far and offered feedback. Click the Play button below to listen to the show, feel free to add your thoughts here in Forum or in the comments below, and check back soon as we pick it up again with Episode #12! 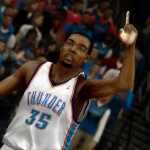 If you’re interested in picking up NBA 2K13 for the Xbox 360 but don’t feel like heading out to the store to pick up a physical copy, good news! The game is now available on Xbox Live Games on Demand at a cost of $59.99, with a download size of 7.76 GB. More info on the On Demand version and other NBA 2K13 content available through Xbox Live can be found here.

While the Xbox 360 version does not offer the same modding capabilities as the PC version, it utilises Virtual Currency, includes features that were ultimately stripped from the PC version and has already received the official patch with gameplay and game mode fixes. You won’t get the All-Star Weekend DLC unless you pre-ordered the game or pick up the Dynasty Edition, however it remains to be seen whether or not the content will be released as a standalone purchase through Xbox Live and the PlayStation Network, possibly around the time of the actual 2013 All-Star Weekend in Houston.

Start off your weekend of NBA 2K13 gaming with some new updates from our talented modding community! Today we have an arm texture fix for P.J. Carlesimo, new interim head coach of the Brooklyn Nets, along with a new pack of converted faces, an update to the Denver Nuggets’ Pepsi Center and a new face for Tobias Harris. Pick them all up at the links below.

For those still playing NBA 2K12 on PC, we have a few new and updated files for you today. Leftos has released a new version of his NBA Stats Tracker tool, while nuhmete has updated his 2012/2013 Season Jerseys pack with this year’s Winter alternates. Sylvian has also released a new custom Draft Class, featuring the Class of 1992. Download all three files at the links below.

Spending some quality time with NBA 2K13 PC over the holidays? So is our modding community, which has produced several new and updated files for the game over the past 24 hours. Today’s additions include a new version of Leftos’ NBA 2K13 Roster Editor, a new ultimate global update, several faces, an updated Winter jerseys pack and some courts/arenas. See below for all the download links.

Code for “The Sprite Effect” in NBA 2K13 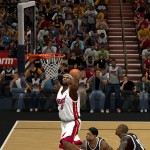 2K Sports in conjunction with Sprite have released a new video promoting a code for “The Sprite Effect” in NBA 2K13, which features LeBron James taking on…LeBron James. Enter the code spriteeffect in NBA 2K13’s Codes menu to activate an automatic +3 boost to your MyPLAYER’s ballhandling abilities.

You can watch the promo below or check it out here on our YouTube channel if you can’t see the embedded video. Will you be using the code, or do you feel that a minor boost is still too much of a cheat? Let us know your thoughts in the comments below and be sure to join in all of the NBA 2K13 discussion that’s taking place here in the NLSC Forum.

I hope everyone is enjoying the holiday season and has been having a great time with family and friends, and of course, basketball video games. Quite a few members of our modding community have remained fairly busy throughout the festive season, as we have several new and updated files for NBA 2K13 today including rosters, faces, courts and a custom Draft Class. There’s also the initial release of a 2012 London Olympics mod, so be sure to check out the latest additions at the links below!

We have a couple of general file additions for you today. The first is a new tool by Leftos, Find That Hex, which allows you to find non byte-aligned hex data in a file. This is particularly useful for finding the offsets for data in NBA 2K13’s roster files, which in turn allows Leftos to add more features to the NBA 2K13 Roster Editor. For more info on that, see this thread. The second file is a pack of dorna reference shots from 1990-2000, which is particularly useful if you’re making retro arena updates. You can pick them both up at the links below. 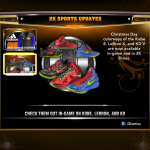 2K Sports have pushed through a new official roster update for NBA 2K13, accurate as of December 25th 2012. It doesn’t appear as though the rosters include many changes at all, though since new shoes have been pushed through – specifically the Kobe 8s, LeBron Xs and KD Vs in Christmas colourways – the new rosters have assigned them to their respective players. They are also accessible through the 2K Shoes menu.

The latest update will come through automatically for the PC, Xbox 360, PlayStation 3 and Wii U versions of NBA 2K13, as long as your computer or console is connected to the Internet. PC users may alternatively choose to make use of our manual update pack, which I’ve updated with the latest roster and online data files. 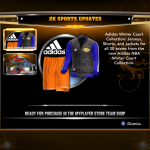 Beginning today and running through January 1st 2013, all Virtual Currency packs for the console versions of NBA 2K13 are 50% off. VC can be used to purchase upgrades for your MyPLAYER, as well as outfit them with new clothes and gear. For online gamers, VC is also used to purchase new players in MyTEAM.

Speaking of new outfits for MyPLAYERs, 2K Sports have just added the Adidas Winter Court Collection to the MyPLAYER store, which includes this year’s crop of holiday themed jerseys. PC users may have also seen the notification of the new gear, however seeing as though the PC version lacks Virtual Currency and the custom MyPLAYER wardrobe, it’s a notification that can be ignored. 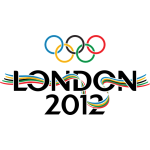 Dc311, Zeller and company have released the initial version of the much anticipated Olympics Mod 2012 for NBA Live 08! The mod features all 12 teams that took part in the basketball tournament at the 2012 London Olympic Games, along with the nine remaining teams from the qualifying tournament and nine additional classic national teams. Please note that you must download all four parts for the mod to work properly; see below for the links. For more previews, information and support, check out the release thread here.

Merry Christmas from the NLSC! 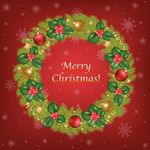 On behalf of the entire NLSC Team, I’d like to wish a very Merry Christmas to all those who celebrate it, and a happy and safe holiday season to the entire community. I hope you’re enjoying some quality time with family and friends, and if you’re partaking in a little basketball video gaming right now, be sure to check out our Downloads section and the various Releases sections in the Forum for the latest updates from our community.

Just a quick note, if you’re waiting for a particular update to be released or some help with a game or the creation of a mod, please keep in mind that a lot of our members are enjoying a bit of a break for the holiday season, so please be patient. That said, we are going to keep posting file additions and other updates throughout the holiday season, so stay tuned for those. Once again, a Merry Christmas and Happy Holidays to you all, be safe and responsible as you enjoy your celebrations, and don’t forget to check out the NBA’s Christmas Day games! 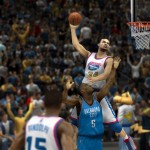 As per this post, the digital version of NBA 2K13 PC will be on sale for $14.99 US through Amazon on Christmas Day. If you haven’t picked up the game yet and are thinking of doing so, it’s a good opportunity to save a few bucks and if you’ve got a fast Internet connection, you’ll be able to start playing it the same day. Thanks to benji for the heads up on the deal in the NLSC Forum.

Deals like this also provide a good opportunity for console players to find out what the PC modding community is all about. You can see our community’s work in the NBA 2K13 section of our Downloads database, as well as the Releases & Previews section in the Forum. I also invite you to check out my review of the PC version here and to join in all of the NBA 2K13 discussion that’s taking place here in the Forum.