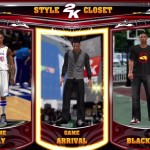 Ronnie 2K has provided us with the next screenshot of MyCAREER in NBA 2K13, showcasing the new MyPLAYER Closet. As you might expect, the Closet will allow us to choose between several different kinds of apparel and accessories for a MyPLAYER to wear, in several different situations including game day, game arrivals, blacktop and more.

Check out the full screenshot below; more information and screenshots will be on the way very soon. In the meantime, what do you think of the customisation and off-the-court features we’ve seen so far? Sound off in the comments and join in the discussion here in the NBA 2K13 section of the NLSC Forum.

END_OF_DOCUMENT_TOKEN_TO_BE_REPLACED 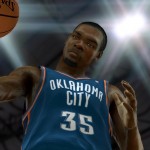 We’ve recently had a few people asking on our Facebook page whether or not NBA 2K13 would be made available for mobile devices. Today brings some good news for those folks as 2K Sports have announced that they will be extending the NBA 2K13 experience with a full-featured release for iPhone, iPad, iPod Touch and Android devices, along with an all-new mobile companion application and a social game on Facebook.

The free companion app, MyNBA2K, will feature several mini-games and allow users to stay connected with their MyCAREER and MyTEAM experiences while on the go. The Facebook game, NBA 2K: MyLIFE, will include skills competitions with friends and allow users to unlock content in the Xbox 360 and PlayStation 3 versions of the game. This year’s mobile version will feature multi-touch controls, a new multiplayer mode and the NBA’s Greatest mode.

Will you be looking to get the mobile version of NBA 2K13? What do you think of the Facebook game and companion app? Give us your thoughts in the comments below, as well as here in the Forum.

We have some new file additions for NBA 2K11 today, namely the enhancement pack project by GR1Z et al which has received another update. Make sure that you download all four parts of the mod at the links below to ensure that it works properly. You can also find a pack of compatible roster updates in the NBA 2K11 Rosters section of our Downloads database. 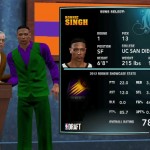 Ronnie 2K has provided us with the first two screenshots of MyCAREER in NBA 2K13, showing us the beginning of his career at the NBA Draft and a sit-down meeting with the general manager. Ronnie has also revealed that it is now possible to be drafted first overall following an impressive enough showing at the Draft showcase and that we’ll be able to create custom suits for our players, giving us the ability to mimic some of the Draft’s memorable fashion disasters.

It will also be possible to meet with your team’s GM at any point to give him suggestions on the roster, discuss minutes, demand, request or rescind a trade request and more. Check out the screenshots below or here in our gallery, and feel free to add your thoughts in the comments, as well as in this thread in the NBA 2K13 section of the Forum. Be on the lookout for more screenshots coming tomorrow!

END_OF_DOCUMENT_TOKEN_TO_BE_REPLACED 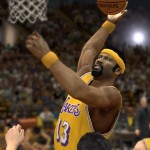 2K Sports have released a Kinect Integration trailer for NBA 2K13 through the official Xbox YouTube channel, which as you might expect shows off all the different ways Kinect can be used in this year’s game including calling for a pick or clear out, calling a play, making substitutions and even dousing your coach with a Gatorade dunk. For those who are unaware, it’s also been revealed that swearing into the Kinect microphone will result in a technical foul being assessed to the bench, though that feature wasn’t mentioned in the trailer.

Check out the trailer below or watch it here on YouTube if you can’t see the embedded video. What are your thoughts on NBA 2K13’s Kinect Integration? Would you purchase a Kinect to make use of these features? Let us know your thoughts in the comments below and have your say here in the Forum.

Today’s file additions for NBA 2K12 include two Under Armour HD shoe update packs, an updated collection of coach faces and a LeBron James rookie face update, complete with a face mask. Pick them all up at the links below.

New Poll: Favourite NBA Team To Play With This Year 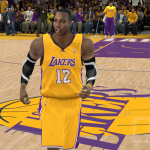 Which team are you most looking forward to playing with in NBA Live 13 and NBA 2K13? The defending champion Miami Heat? Runners-up, the Oklahoma City Thunder? The revamped Los Angeles Lakers? The new-look New York Knicks or their freshly relocated rivals, the Brooklyn Nets? Or someone else entirely? Cast your vote in our new poll!

Our previous poll asked “Who do you think will be on the cover of NBA Live 13?” Despite reports that the game will be a digital only release through Xbox Live and the PlayStation Network, it’s likely to still have a “cover” similar to the NBA 2K10 Draft Combine, which featured Derrick Rose. If so, 61% of voters feel LeBron James will be the face of the game, 10% picked Kyrie Irving, 8% voted for Russell Westbrook and 6% are guessing Chris Paul. A final 15% believe it will be someone else entirely.

Feel free to add your thoughts on the team you’re looking forward to playing with in the comments below, and join in the discussion in the NBA Live 13 and NBA 2K13 sections of the NLSC Forum.

NBA 2K13 is right around the corner, but we’ve still got folks making some excellent updates for NBA 2K12. Today’s file additions include an updated version of the ABA Expansion pack for HAWK23’s Ultimate Base Roster, as well as a fictional jersey for the Miami Heat. Pick them up at the links below! 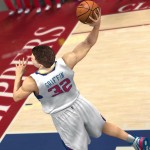 As PAX Prime 2012 draws to a close, we’ve been given a full rundown of Signature Skills in NBA 2K13, courtesy of the 2K Sports Weekly Update. All 31 signature skills for real players have now been revealed, with two My Player specific Skills yet to be unveiled. Our Wiki page on Signature Skills has also been updated with all the latest info, including all the Skill icons, so be sure to check it out if you’d like a complete reference.

You can also watch a video of producer Zach Timmerman talking about Signature Skills during 2K’s live stream, courtesy of DmanUnt2014. Check it out below or watch it here on his YouTube channel if you can’t see the embedded video. Now that all 31 regular Signature Skills have been revealed, what are your thoughts? Have your say in the comments below, as well as in this thread in the NBA 2K13 section of the Forum!

During 2K’s live stream at PAX Prime 2012, Ronnie 2K provided us with a sneak peek at My Player in NBA 2K13. Ronnie revealed that more information on My Player will be coming this week, as we will once again get a glimpse of his My Player game from the beginning of his career and learn about some of the new features in the mode this year.

See below for a video of Ronnie talking about My Player during the live stream, courtesy of DmanUnt2014, or watch it here on his YouTube channel if you can’t see it embedded in this post. Are you looking forward to finding out more about My Player in NBA 2K13? Sound off in the comments below and join in the discussion here in the Forum. 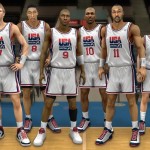 IRB Gamer, who as you may recall reported last week that NBA Live 13 would be released via digital download on Xbox Live and the PlayStation Network, also had a chance to spend some time with NBA 2K13 at the GameStop Expo in San Antonio. As such, they’ve posted some hands-on impressions of the game, which you can check out here.

The preview offers praise for the revamped Control Stick concept, though noted that it took some time to get used to. Other positives included the animations, fluidity on defense and responsiveness of the controls. However, the preview is not particularly optimistic about the quality of online play this year, explaining that the developers simply informed them that they are “working to try to create a better online experience”.

Be sure to share your thoughts in the comments below, as well as here in the NBA 2K13 section of the NLSC Forum.

Here are the latest additions to the NBA 2K12 section of our Downloads database. Today we’ve got shoes, faces and an ABA Expansion pack for the Ultimate Base Roster, all of which you can pick up at the links below. 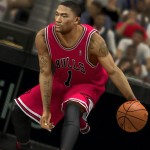 Full details on all the Signature Skills in NBA 2K13 will be coming tomorrow. In the meantime, you can check out this page in our Wiki for more info on the Skills that have been revealed so far, as well as some screenshots and some videos taken from 2K’s live stream, courtesy of Ovais1470. Check those out below and feel free to add your thoughts in the comments, as well as in this thread in the Forum.

END_OF_DOCUMENT_TOKEN_TO_BE_REPLACED 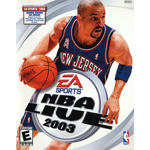 We’ve got one new file addition for NBA Live 2003 today, a Charlotte Bobcats jersey update for the 2012/2013 season. Additionally, a few folks in the Forum are currently looking to put together a new version of the Total Renovation Update for NBA Live 2003, completely updated as of the upcoming season. For more information, please see this thread.

2K Sports are at PAX Prime, where they are showing off NBA 2K13 and revealing more information about Signature Skills in this year’s game. During today’s live stream, Ronnie 2K gave us an insight into some of the different skills that will be featured in NBA 2K13 when he unveiled the five Signature Skills that cover player Kevin Durant will have at his disposal: Shot Creator, Microwave, Deadeye, Closer and Finisher.

We’re compiling a list of all the Signature Skills (and their descriptions) here in the NLSC Forum, as well as on this page in our Wiki. You can also watch a clip from the live stream where Ronnie provides the rundown of Kevin Durant’s Signature Skills in a video provided by YouTube user Ovais1470, which you can watch here or see embedded below. Thanks to daddy123 for the heads up on the video.

According to Chris “LD2k” Manning, more info on Signature Skills will be coming on Sunday. What are your thoughts so far? Sound off in the comments below and the aforementioned thread in our NBA 2K13 section.