Author: JaoSming
Hoop it Up 2K12 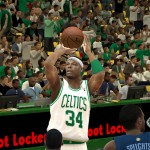 The twelfth official roster update for NBA 2K12 is now available. As long as your PC, Xbox 360 or PlayStation 3 is connected to the Internet, the update should be downloaded automatically. The new rosters can be accessed by using the Reset Roster function under the Options menu; please note that you may have to reset the rosters a couple of times before they show up.

In addition to updated lineups, the new roster contains further changes to player ratings and accessories. As per this Tweet from the NBA 2K Insider, the following players have received significant ratings updates:

For those who would like to download the latest official rosters for PC manually (including the latest Online Data updates), you may do so here in our Downloads section. Any feedback should be sent to the NBA 2K Insider here on Twitter.

Week 2 and still going strong. I’ve continued to have daily uploads to my personal YouTube channel and found some great plays uploaded by other users from NBA 2K12. Click Read More to check them out, and remember that you can check out all the official media from the NBA 2K and NBA Live/Elite series on the NLSC YouTube channel.

END_OF_DOCUMENT_TOKEN_TO_BE_REPLACED 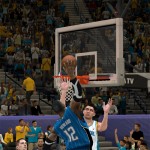 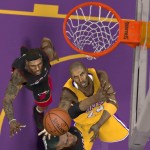 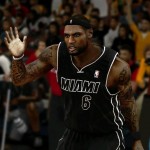 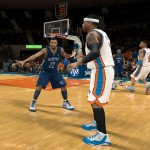 Ronnie has answered a question on Twitter regarding the official patch for NBA 2K12 PC. Although he does not provide an ETA, he notably mentions that the patch is currently with QA.

PC Patch is with QA. The roster update his last night on PC as well, just have to manually click Refresh Roster

Hopefully, this means the PC patch is not too far away. In previous years, delays have arisen with the PC patch due to a lack of coordination with digital distributors, resulting in an inability to push the patch through for fear of causing problems with online play. The patch for NBA 2K11 PC was ultimately released in early February and it seems we’re looking at a similar timeframe this year.