Are you still playing NBA 2K13 PC? Then check out the latest version of skoadam’s UR Basketball mod, featuring 33 complete seasons including updated 2016 offseason rosters. Download it at the link below!

If you’re still playing NBA 2K13 PC, be sure to download the latest version of the U R Basketball mod. skoadam has been keeping the game up to date through the 2016 offseason so far, and the mod currently contains 47 complete season mods in total. Check it out at the link below!

The Friday Five: 5 Reasons My MyPLAYER is a Point Guard

One of the reasons I’ve always loved the franchise modes in basketball video games is the fact that there’s so much to do. You’re in control of everything, as you play so many roles: coach, GM, and every player on the team. Not having full control is an interesting change of pace however, which is why I’ve also taken an interest in MyCAREER, and more recently, 2K Pro-Am. When I create my MyPLAYER with an eye towards playing those modes, point guard has become my position of choice.

It wasn’t always that way, though. When I was a teenager playing basketball in my local league, I was one of the taller kids, so I played centre and power forward. As a result, I do have an appreciation for (and bias towards) post play, and mixing it up in the paint. I also enjoyed taking the occasional three-pointer once I got better at knocking them down, and Michael Jordan is my all-time favourite player, so my early attempts at MyCAREER were with a MyPLAYER who was a shooting guard. So, what changed, and why do I now prefer to run the point instead?

END_OF_DOCUMENT_TOKEN_TO_BE_REPLACED

Today’s lone file addition for NBA 2K13 PC is the latest version of PatTheHead’s retro season roster pack. The new release features 51 BAA, NBA, NBL, and ABA seasons, and includes Draft Classes from 1947 through 1985. Check it out at the link below!

Not a lot of folks are still releasing regular updates for NBA 2K13, but PatTheHead continues to maintain his retro season roster pack for the game. If you’d like to play with some old season rosters spanning from 1947 to 1985, check it out at the link below!

Incidentally, if you’d like to check out some screenshots of the mod in action, Ballaboi has posted some here in the Forum. 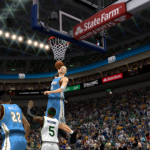 END_OF_DOCUMENT_TOKEN_TO_BE_REPLACED

Today’s lone file addition for NBA 2K13 PC is the latest version of PatTheHead’s pack of retro season rosters, spanning from the very first BAA season to Michael Jordan’s rookie campaign. Check it out at the link below!

The Friday Five: 5 Suggestions for MyCAREER in NBA 2K17

As we look ahead to NBA 2K17 – the only basketball game that will be hitting consoles and PC in Fall 2016 – our Wishlist discussions are in full swing. While franchise modes have traditionally been my bag, and I’ve taken a greater interest in the card collecting modes in recent years, I would like to get more involved in MyCAREER again. I had a lot of fun playing MyCAREER in NBA 2K13, so much so that I ended up maintaining a story thread about it. As I’ve discussed in previous articles and on the NLSC Podcast, however, I’ve lost interest in the mode following the new approach that was adopted in NBA 2K14.

While many of us have taken smirking shots at the story-driven approach of MyCAREER, snark does become overdone, tired, and useless after a while. I believe in the philosophy of fans, not fanboys; critics, not haters. As such, at a certain point we need to drop the snark, identify problems, and put together useful, constructive feedback. To that end, here are five suggestions for MyCAREER in NBA 2K17.

END_OF_DOCUMENT_TOKEN_TO_BE_REPLACED 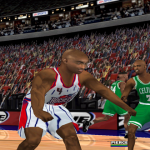 With this being May the 4th, the iconic Star Wars franchise is what a lot of people around the world are talking about and celebrating today. It’s a little difficult to tie that into basketball – though Chewbacca’s size would probably make him pretty dominant in the paint – so I decided to take a look back at this day in NBA history for inspiration. In doing so, I was reminded of Charles Barkley’s 56 point, 14 rebound game on May 4th 1994, which helped his Phoenix Suns to eliminate then-rookie Chris Webber’s Golden State Warriors 3-0 in the first round of the Playoffs.

When it comes to elusive figures in basketball video games, the first player that we tend to think of is Michael Jordan. As I’ve discussed in a couple of previous articles, MJ was missing from the various NBA sim games during his second run with the Chicago Bulls, and aside from some rare, specially produced arcade cabinets, he’s never been featured in NBA Jam. However, while Charles Barkley did appear in NBA Live towards the end of his career, he was similarly absent – or replaced by a Roster Player – in a number of releases.

It’s one of those things from basketball gaming history that’s interesting to revisit, because it just doesn’t happen with today’s stars and modern releases. With that said, let’s take a look back…way back…

END_OF_DOCUMENT_TOKEN_TO_BE_REPLACED

We have a new file addition for NBA 2K13 PC today, as PatTheHead has released another update for his retro season roster pack. Pick up the latest release at the link below!

In today’s file additions for NBA 2K13 PC, PatTheHead has released a new version of his retro season roster pack. Check it out at the link below!

We have a new file addition for NBA 2K13 PC today, as skoadam has added the latest version of the URB Roster. Download it to get up to date 2016 season rosters into your game, along with 31 other complete season mods!

We’ve got one new file addition for NBA 2K13 PC today, as PatTheHead has released a new version (v3.2) of his retro season roster pack. You can check it out at the link below!

I’ve overlooked a couple of versions that have been released, so I wanted to make sure that I mentioned that PatTheHead is still updating his retro season roster pack for NBA 2K13 PC. You can pick up the latest version (v3.1) in today’s file additions; please see below for the download link.

In last week’s Friday Five, I took a look at the five best features in subpar basketball video games. It wasn’t the easiest list to compile, since the main reason subpar basketball video games have that reputation is that they don’t have much going for them in the first place. However, even in the worst releases, there are usually some good ideas, and concepts that have merit.

This week I’m going in the other direction, as I take a look at five of the worst features in some of the best basketball video games. All things considered, this was probably the tougher list; while no game is perfect, great basketball video games don’t achieve that status by having too many game-breaking flaws. Nevertheless, some of the best games have had their weaknesses, and surprisingly disappointing features. At the very least, there might be a mode or feature that just doesn’t seem as good when compared to everything else in the game. With that said, let’s get started on the Five.