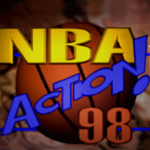 This is Wayback Wednesday, your midweek blast from the past! In this feature, we dig into the archives, look back at the history of basketball gaming, and indulge in some nostalgia. Check in every Wednesday for retrospectives and other features on older versions of NBA Live, NBA 2K, and old school basketball video games in general. You’ll also find old NLSC editorials re-published with added commentary, and other flashback content. This week, I’m taking a look back at NBA Action 98, also released under the name NBA Fastbreak ’98.

Back in the days when demo CD-ROMs were still a thing, I happened to get my hands on a collection titled Sportz Crazy 2. Released by Sprint Software circa 1997, it featured over twenty sports game demos, in addition to a bunch of Windows 95 tools (including Internet Explorer 4!). As you might expect, my attention was immediately drawn to the basketball games, one of which was Slam ‘N Jam. The other was NBA Action 98, a game published by Sega Sports that was also available on the Saturn. NBA Fastbreak ’98 was the title given to the PlayStation version.

Both titles may be unfamiliar to younger basketball gamers, but the game stands as a significant release, being the forerunner to the NBA 2K series. It went head to head with NBA Live 98, and while EA Sports’ title was better across the board, NBA Action 98/NBA Fastbreak ’98 displayed many of the traits and the attention to detail that would eventually make NBA 2K the premier brand in sim-oriented basketball games. I’ve since picked up the full versions of both NBA Action 98 and NBA Fastbreak ’98, so let’s take a look back…way back…

END_OF_DOCUMENT_TOKEN_TO_BE_REPLACED 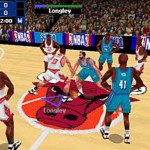 benji has tracked down a couple more updates for NBA Action ’98 on the PC: a roster update accurate as of August 2nd 1998, and a roster editor that will allow you to make your own updates. If you’d like to pull out the game for a touch of nostalgia, check them out at the links below. Once again, remember that our hosting facilities are open to files new and old, for recent games and old games alike, so whether you’re updating NBA 2K13 or have located a long lost file for NBA Live 99, please feel free to add it to our database!

NLSC Forum user Llama_Cookie has tracked down an old roster update for the PC version of NBA Action ’98 by Sega Sports. If you feel like dusting off the game for a spot of nostalgia, check it out at the link below. Don’t forget that our upload facilities are open to everyone as long as you are registered in the Forum. Please also keep in mind that in addition to new updates, we welcome uploads of old and lost files for NBA Live, NBA 2K and any other basketball video games. 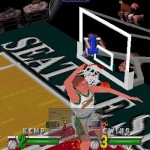