Episode #283 of the NLSC Podcast is out now! This week, my guest co-host is Izzy Snow, long-time community member, content creator, and the NBA Live 14 Gamer of the Year!

Izzy Snow joins the show to discuss his recent experiences with the full version of NBA Elite 11. This leads to a discussion of whether it was better for EA Sports to cancel the game outright, or if it would’ve been less damaging to release it and weather the bad reviews. We also talk about the current state of NBA Live and offer up some further thoughts on the issues with game modes, particularly Ultimate Team. In addition to revisiting NBA Live 06 on Xbox 360 and the question of where NBA Live needs to go from here, we also talk changes in the community, the need for competition, gaming habits as we get older, PC gaming and modding, NBA Playgrounds, and how Izzy became the NBA Live 14 Gamer of the Year back in 2014.

Thanks once again to Izzy for joining the show this week, and be sure to let us know your thoughts on the topics that we discussed. Sound off in the comments section below, or join in the discussion here in the Forum! Additionally, feel free to hit us up with any feedback on the episode, as well as suggestions for topics that you’d like to hear us discuss in future episodes. For more information on the NLSC Podcast including episode guides, check out this page in our Wiki. 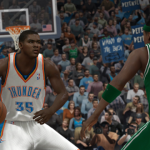 Here’s an interesting story that came to light recently. A lot of five copies of NBA Elite 11 – three for Xbox 360, two for PlayStation 3 – has been listed on eBay for $30,000 US. Three of the games are also factory sealed, which in addition to the rarity of available copies in the first place, contributes to the hefty price tag.

While the price is obviously steep for a game that was ultimately cancelled due to concerns about its quality, it’s certainly not unprecedented. Rare games, particularly those that were never publicly released, often fetch a lot of money as collectors’ items. Prominent examples would include Nintendo World Championships and Stadium Events for the Nintendo Entertainment System, which are desirable due to their rarity and value as collectables, rather than the actual gameplay experience that they offer.

Another example, rather relevant to basketball gaming, is the discovery of the rare, unreleased PAL version of EA’s Lakers vs. Celtics for the SEGA Mega Drive. The game, which was released on PC and in NTSC regions for the SEGA Genesis, was ultimately cancelled in PAL regions, most likely due to issues with international licensing rights. Thirteen copies have been discovered over the years, with the latest attracting bids of over £8000 on eBay.

As you may recall, I recently mentioned NBA Elite 11 as one of the basketball games that I wish I owned, simply for the sake of having such a rare and interesting collectable. However, the lot is well out of my price range, and I’d need a PAL copy besides, so suffice to say I won’t be buying it.

It is interesting that copies of NBA Elite 11 continue to surface, however. We’ll be talking more about it in Episode #214 of the NLSC Podcast, so stay tuned. Would you add NBA Elite 11 to your collection, given the opportunity? How much would you be prepared to pay for such a rare collectable? Have your say in the comments section below, or join in the discussion here in the NLSC Forum. Thanks to PopcornJones77 on Twitter for the heads up on the eBay listing.

Episode #176 of the NLSC Podcast is out now! Arcane and I are your hosts this week, and with the imminent release of NBA 2K17, we have some final previews and developer blogs to talk about. We also discuss an issue from the past week that has us a bit riled up, with a couple of profanities slipping through as a result. Just a heads up for anyone who strongly objects to a bit of bad language! 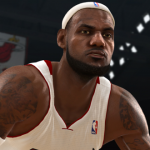 It’s been revealed that NBA Live 17 won’t be shipping in the Fall of 2016 as expected, as a new console version of NBA Live will instead be dropping in early 2017. Naturally, this has led to disappointment and speculation that the series will be moving in a completely new direction, abandoning the AAA model in favour of being a mobile-only game. At this point, those of us who are interested in seeing NBA Live improve and succeed are anxious to hear more concrete details about the future of the series.

NBA Live’s hardships and setbacks over the past six years are well-documented. They include the cancellation of NBA Elite 11 and NBA Live 13, poor reception of NBA Live 14, and a postponed release for NBA Live 15, to say nothing of Metacritic scores. As we find ourselves in familiar territory, I’ve dug into the archives and found an article that I wrote about the future of the series back in April 2011, when we discovered the series would attempt a relaunch with a game that would eventually be the cancelled NBA Live 13. As with previous articles I’ve revisited, I’m presenting it as-is (aside from a couple of images), and following it up with some commentary.

So, what was my take back then, and have my thoughts changed? Well, let’s take a look back…way back…

END_OF_DOCUMENT_TOKEN_TO_BE_REPLACED

Generally speaking, when it comes to subpar basketball video games, we don’t have too many good things to say about them. However, even the worst basketball video games can sometimes boast really good features. Those features may not be enough to save the game from bad reviews and the scorn of basketball gamers, but they’re still worthy of recognition. Indeed, it’s frustrating to see such appealing features, and not be able to enjoy them because the rest of the product isn’t up to scratch.

Perhaps even more frustrating, however, is when those great features in bad games are never really followed up on, and end up being absent in future releases. In this week’s Friday Five, I’m taking a look at five of the best features in five of the most notably subpar basketball video games that I’ve played. Let’s begin.

END_OF_DOCUMENT_TOKEN_TO_BE_REPLACED

Like I said in yesterday’s Dumb Monday, we are just a few weeks away from E3 which may give us our first looks at NBA 2K15 and NBA Live 15. While the information dropped may be lacking, both 2K and EA will be looking to kickstart their hype-trains for the upcoming games. In the spirit of whatever teaser or screenshot we might get, I am going to list off my top three short videos for NBA games that got me hyped up for the next game.

END_OF_DOCUMENT_TOKEN_TO_BE_REPLACED

Leftos and I have taken a short break from the weekly NLSC Podcast over the holiday season, however new episodes will resume early in the new year. In the meantime, we invite you to check out the “lost” pilot episode that Pdub and I recorded a couple of years ago, in which we interviewed bigball12, who as you may recall was able to get his hands on the unreleased retail version of NBA Elite 11. In addition to getting his thoughts on the cancelled game, we also chat about the first NBA Jam reboot by EA Sports, the future of the NBA Live series as we saw it at the time and NBA 2K11.

This was our first attempt at a podcast and though it took a while to get off the ground after that initial test pilot, we’re enjoying bringing you a weekly podcast discussing basketball video games, the real NBA and more. We hope you’ve been enjoying the episodes, thank you once again to everyone who has tuned in thus far and offered feedback. Click the Play button below to listen to the show, feel free to add your thoughts here in Forum or in the comments below, and check back soon as we pick it up again with Episode #12!