Wayback Wednesday: The Lost Mods of NBA Inside Drive 2000 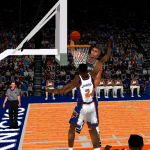 This is Wayback Wednesday, your midweek blast from the past! From retrospectives of basketball games and their interesting features, to republished articles and looking at NBA history through the lens of the virtual hardwood, Wednesdays at the NLSC are for going back in time. This week, I’m taking a look back at the lost mods of NBA Inside Drive 2000.

While I was brainstorming ideas for The Friday Five, I came up with the topic of five games that could’ve benefited from mods. As I always do when I’m planning a Friday Five topic, I didn’t commit to it until I could devise five viable examples. One of the games that I had marked down on a preliminary list was NBA Inside Drive 2000, the only game in the Inside Drive series to be released on PC. Before I committed to that list however, I needed to do some research. Had there actually been a modding scene for NBA Inside Drive 2000 that our community here at the NLSC hadn’t partaken in?

As it turns out, there was! A quick Google search brought up a thread in the Operation Sports forums, reflecting on editing the game and downloading mods for it. I removed NBA Inside Drive 2000 from that Friday Five list, and instead decided to dedicate a Wayback Wednesday to looking into its apparently long-lost mods. Let’s take a look back…way back…

END_OF_DOCUMENT_TOKEN_TO_BE_REPLACED 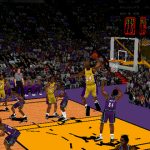 This is Wayback Wednesday, your midweek blast from the past! In this feature, we dig into the archives, look back at the history of basketball gaming, and indulge in some nostalgia. Check in every Wednesday for retrospectives and other features on older versions of NBA Live, NBA 2K, and old school basketball video games in general. You’ll also find old NLSC editorials re-published with added commentary, and other flashback content. This week, I’m taking a look back at NBA Inside Drive 2000, developed by High Voltage Software and published by Microsoft exclusively for PC.

I have an unusual history with NBA Inside Drive 2000. Following a hard drive crash in early 2000, my family finally ditched our venerable 486 DX2 66, upgrading to a much better system: a Pentium III! At the time, it meant that I could play most of the latest games, including NBA Live 2000. Even though I was enjoying NBA Live 2000 (and still hold it in high esteem), I was eager to pick up NBA Inside Drive 2000 when I saw it at my local store. Being a teenage gamer obsessed with basketball, I was keen to get my hands on any virtual hoops title that I could. NBA Live was the premier brand at the time, but other games usually had something appealing to offer.

Unfortunately, NBA Inside Drive 2000 just didn’t click with me, and within a week, I exchanged it for GTA 2. I remember making up a story about how I couldn’t get it to run even though I checked the system requirements first, which the staff believed (I’d feel guiltier about it if they hadn’t ripped me off with a video card, and then made up a story about why it wasn’t working properly rather than help me). Ironically, GTA 2 is my least favourite game in the Grand Theft Auto series, but that’s another story. I’ve since picked up a copy of NBA Inside Drive 2000 off eBay, so what is it that I didn’t like, and do I still feel the same way now? Let’s take a look back…way back…