The Friday Five: 5 Ways We Give Bad Feedback 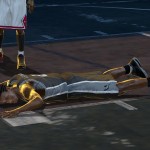 Welcome to this week’s edition of The Friday Five! For those of you who haven’t read any of my previous Friday Five columns, this is a relatively new feature where I discuss a range of topics related to basketball video games, the real NBA and other subjects that are relevant to our community, either in list or Top 5 countdown format.

To say that the Internet has had a major impact on video gaming is a grand understatement. One of the ways it has changed gaming is its ability to put developers in direct contact with their customers, giving gamers the opportunity to provide feedback that shapes future releases and aids in post-release support. We basketball gamers have been doing that for some time now, but we don’t always make the best use of the opportunity. These are the things we should avoid doing, the five ways we give bad feedback to basketball video game developers.

END_OF_DOCUMENT_TOKEN_TO_BE_REPLACED

The lucky thirteenth episode of the NLSC Podcast is out now for your listening enjoyment. This week, Leftos and I are joined by Ben (aka Arcane), following reports of his resignation that were greatly exaggerated, as we catch up on the week in basketball video gaming news and the latest goings on in the real NBA. A synopsis of this week’s show is as follows:

Click the Play button below to listen to the Podcast!

We hope you enjoy the show and as always, we invite you to give us your thoughts and feedback in the comments below, as well as in this thread in the NLSC Hub section of the Forum.

The NLSC Podcast is back with episode number twelve! Leftos and I are your hosts once again and after a brief catch-up following the holiday season, we get down to discussing the latest news and rumours surrounding NBA Live and NBA 2K, some community news and notes and the latest goings on in the real NBA. A quick overview of Episode #12 is as follows:

Click the Play button below to listen to this week’s episode!

We’re glad to be back and looking forward to continuing to bring you a new episode each week throughout 2013. We hope you enjoy the latest episode, please feel free to add your comments below or in this thread in the Forum. You can also continue to discuss the situation with Royce White here in our NBA & Basketball Talk section. 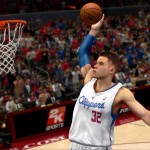 Welcome to The Friday Five, a new weekly feature here at the NLSC! As the name suggests, this is a feature that will be appearing on Fridays, discussing five items in list/countdown format. Topics will naturally cover issues related to basketball video games, as well as the real NBA and other subjects that are relevant to our community.

For this first edition of The Friday Five, I’m counting down the five things I believe that basketball video games should look to avoid in future releases. Please note that I’m focusing on specific gameplay-related items that I feel are still an issue even in the best basketball games, rather than making general statements such as “sucking”, “being cancelled” or anything else that obviously goes without saying.

END_OF_DOCUMENT_TOKEN_TO_BE_REPLACED 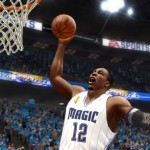 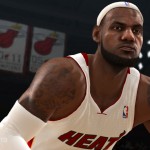 NBA Live Developer and former Advisory Council member and professional basketball player Scott O’Gallagher was recently profiled in the Orlando Sentinel. The article details Scott’s background and professional basketball career, as well as his involvement with EA Tiburon through the Advisory Council and his eventual hiring as a member of the Development Team. It also contains quotes from Scott on his new dream job, as well as praise for his work from Katherine Coulhart, Communications Manager for EA Sports.

Thanks to 22cedric for the heads up here in the NLSC Forum. How many of you out there currently aspire to work in the gaming industry, either developing a basketball title or another game? Let us know and have your say on the Orlando Sentinel article in the comments below.

The ninth episode of the NLSC Podcast is out now! Leftos and I are your hosts once again and despite anticipating a shorter episode with fewer topics to discuss, we ended up recording our longest episode to date, as we discussed the latest NBA 2K13 news, the future of the NBA Live series once again and our thoughts on the latest happenings in the real NBA. Topics include:

Click the Play button to listen to the show!

We hope you enjoy the show as much we enjoyed recording it! Feel free to leave your thoughts in the comments below, as well as in this thread in the NLSC Hub.

Episode 8 of the NLSC Podcast is coming your way today! Leftos and I are your hosts again this week, as we discuss a multitude of topics relating to NBA 2K13, our modding community, the future of NBA Live and the current NBA season. Topics include:

Click the Play button to listen to the show!

We had intended to release a shorter episode compared to last week’s return after our hiatus, but we ended up running long as we were enjoying our discussion; we hope you enjoy it too! Feel free to have your say in the comments below, as well as in this thread in the NLSC Hub section of the Forum. Don’t forget to give us your answers for this week’s Question of the Week! 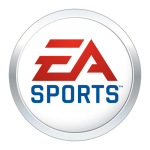 Kotaku has a new article up discussing the NBA’s stance on EA not releasing a simulation NBA game for the third straight year. Thankfully, it appears that the NBA is allowing EA, and Tiburon, to work out whatever issues they’ve been running into with the series for the next version of the game, stating;

We are obviously disappointed that EA will not be releasing NBA LIVE 13 this year, but have been assured by EA that the next release of NBA LIVE will meet our mutual standards of excellence.

Of note, that statement does not confirm that NBA Live 14 will be the next game, so whether or not EA will be taking the rest of this console generation off or not is still open to speculation.

Feel free to share your opinion in the comments below, or in this Forum thread.

Discussion with NBA Live Developers; Feedback for Next Year

The cancellation of NBA Live 13 has raised several questions about the future of the NBA Live series. As it stands, EA Sports are currently looking to continue to build upon the game as they eye a comeback next year with NBA Live 14 and as such, they are looking for fan feedback. Two members of the NBA Live Development Team, Postgame and OGSPORTS, have been interacting with us in the NLSC Forum and soliciting feedback in a variety of areas.

We invite anyone willing to give constructive feedback to join in these discussions, as this is a great opportunity for our voices to be heard. Keep your eye on this thread and check out Postgame’s insights here in the thread discussing the cancellation of the game. At their suggestion, we’re also compiling top ten lists of things we want to see in each area of the game. Hopefully we can have a positive impact on the future of the series so please be civil, be constructive and get involved!