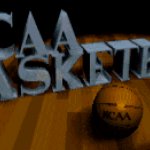 This is Wayback Wednesday, your midweek blast from the past! In this feature, we dig into the archives, look back at the history of basketball gaming, and indulge in some nostalgia. Check in every Wednesday for retrospectives and other features on older versions of NBA Live, NBA 2K, and old school basketball video games in general. You’ll also find old NLSC editorials re-published with added commentary, and other flashback content. This week, I’m taking a look back at NCAA Basketball for the Super Nintendo.

With Baylor’s victory and another March Madness in the books, I’m taking a look back at one final college basketball game. It’s a game that I’ve covered twice before in Wayback Wednesday, albeit under two different titles: World League Basketball, and Super Dunk Shot. As I mentioned in those features, this 1992 release developed by Sculptured Software changed its name and content according to the region it was released in. To that end, depending on whether you’re in North America, a PAL region, or Japan, you’ll be nostalgic for a different version of the same game.

Since Australia is a PAL region, the version of the game that I grew up with was World League Basketball. Now that I’ve picked up a Universal Adapter for my Super Nintendo, I’ve been able to collect Super Dunk Shot and NCAA Basketball, and play them on my PAL hardware. Obviously it’s a very familiar experience in terms of gameplay, but the different teams and format make it a real novelty to play the other versions. On top of that, NCAA Basketball holds up as one of the best college hoops titles of its era. Let’s take a look back…way back…

END_OF_DOCUMENT_TOKEN_TO_BE_REPLACED

The Friday Five: 5 Basketball Games I’d Like to See

As it stands, basketball gamers don’t have a lot of choice year-to-year. You can either buy NBA Live, NBA 2K, or both, or stick with an older release. Alternatively, you could not play basketball video games at all, but if that’s the case, you’re not exactly relevant to this discussion; no offense. While I wouldn’t be against another developer throwing their hat into the ring with a sim-oriented NBA game, I’m not sure that we necessarily need that to happen. I think that we basketball gamers will be alright as long as NBA 2K continues to do its thing, and NBA Live makes some big strides this year.

Of course, there’s always room in the market for other types of basketball video games. This includes full-blown arcade basketball titles, or perhaps sim-oriented games that focus on different leagues. Cheaper digital releases that focus on mini-games and the like. Resurrections of popular old properties, as controversial as that practice can sometimes be. As you can probably guess, I have a few possibilities in mind; without any further ado, here are five basketball video games that I’d like to see developed.