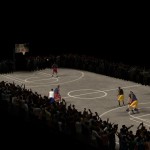 When poking around the NBA 2K14 files on PC, you might come across references that only apply to the PlayStation 4 and Xbox One versions of the game, and of course the Xbox 360 and PlayStation 3 version which the PC port is based upon. While many of these are expected, there has been one specific reference that I have yet to understand or fully explain within the files of NBA 2K14.

The weirdest part about this discovery was that it was only around temporarily. During the weird transitional period after NBA 2K14 had been released on Xbox 360, PlayStation 3, and PC, but before the PlayStation 4 and Xbox One versions were released, a strange entry showed up within the game’s roster file.

It certainly took me back when this arena entry for Alcatraz popped up within the roster update file. Being the completely sane Blacktop-centric individual I am, I immediately tried searching the game files for this referenced “s901.iff”, which tells the game which stadium file to load for this particular entry. Unfortunately none were to be found, on disc or after installation.

The other two entries are interesting in their own right, as the short 3v3 full court in the PS4 and Xbox One versions of The Park provide a lot of fun, and would be very interesting to experience in the base game with AI teammates and opponents. Yet similar to the VC Test Arena entry, there are no corresponding hidden files to test. As the next gen NBA 2K14 game was about to debut, these entries changed to something a bit more familiar.

No, still not that magnificent beard. Maybe next year.

So it appears the Alcatraz entry was only a placeholder for what would eventually become The Park. Since these rosters had been released the Short Court Test Arena has disappeared, but the normal Test Arena and The Park entries remain in the PC version rosters. My assumption is that 2K used Alcatraz as an internal name for The Park, but I wish it was a mistaken leak for an official 1v1 Red Bull King of the Rock DLC.

But that is what PC mods are for.

C’mon 2K, make it happen! Relationship with Bobbito Garcia is already in place from 2K8-2K10’s dunk contest, street DLC precedent from 2K12, and, dammit Leftos, I mentioned the beard twice, please! Anyway, that is your Dumb Fact for the week, hope you enjoyed it!

Definitely a fun little fact. It’s always interesting to find stuff like this when we go poking around in the game files.