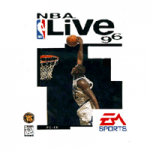 We’re going retro with a couple of new file additions for NBA Live 96. The first file is actually a new release, updating the SEGA Genesis version of the game as of the current season. The second upload is a mod that I found in the archives, and adds 1997 NCAA rosters to the PC version. If you’re in the mood for some retro gaming, check them out at the links below!