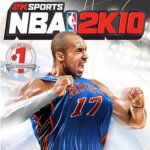 NBA 2K did a great job showcasing Jordan in 2K11, and then again in 2K12 with Magic and Bird as alternate covers. With two consecutive games looking to the NBA of years past should 2K change it up and put a current player on the cover? Well if you think the unlockable NBA 2K13 cover in this year’s My Player mode was a hint, think again. 2K has some brand recognition with Jordan on the cover the past two years with no other simulation NBA game to run against. So I do think NBA 2K13’s cover will be graced with Jordan’s presence once again. EA’s NBA Live had some great video game athletes on its cover year after year. Vince Carter, Carmelo Anthony, Dwayne Wade, Tracy McGrady, Gilbert Arenas…Tony Parker? They redeemed themselves with Dwight Howard for NBA Live 10 and would have had a great cover athlete in Kevin Durant for Elite 11. Two years have now passed since that terrible demo and the Jesus Bynum meme so I think that is enough time to have Kevin Durant on the cover once again. He has certainly proved himself worthy on the real courts of the NBA, so I feel he deserves to have a good game to his name instead of the cancelled NBA Elite 11 or March Madness 08 (with no neck).

My only wishlist item dealing with the covers of these games is the return of the NBA Live series. NBA Elite will forever be tarnished by what happened two years ago and no reboot will be able to shake that off in its first year. EA needs to bring back the brand recognition it had with NBA Live and play off the nostalgia factor when returning to the simulation basketball video game scene.

Tomorrow I am going to make some predictions on the presentation for each game. Feel free to disagree with all that I say in the comments, and if you want to share your predictions for the fall 2012 basketball games you can do so through The Soapbox or in the Virtual Hardwood Forum.

NBA 2K12 has its own version of Jesus Bynum. I’ll post a video soon.

I’d definitely want to see that

Solid predictions, Jon. It seems 2K will want to milk their deal with MJ for all it’s worth and continue to push the historical content alongside the current sim features. Jordan’s brand obviously still sells and they’ve got him locked up to an exclusive deal, so it feels like a safe bet at this point.

I’d like to see Kevin Durant get the chance to appear on the next EA NBA sim cover too. There’s probably a decent chance of it happening, he does appear on the “Cover Players” team in NBA Jam: On Fire Edition (which is technically accurate since he was obviously set to be one for NBA Elite 11 and was on the March Madness 08 cover) and I think they’d be willing to put him on the cover of a game that does actually come out. As far as current players are concerned, his stock is pretty high right now.

I wouldn’t mind seeing the NBA Live moniker return either, though I think they’ll go another way with it and relaunch it under a new name. I think the NBA Elite brand will be retired without a release and so much the better, as you said it’s been permanently tarnished by the demo reactions and cancellation two years ago.

The only other name I could really see them taking is the NBA 13 name, simply due to Sony not using their license anymore. I would be very surprised to see a NBA ____ 13 if they do avoid Live/Elite.

Agreed, unless they want to bring the ESPN license into it.

I agree with your predictions. They seem pretty logical. I hope 2K doesn’t go MJ though.

Seems like a sure thing though. Maybe they’ll do MJ on the “real” cover but have a couple of modern players as alternate covers like the Magic/Bird ones.

I could see them doing that. Rose would be my pick if they do that, or possibly Durant if he’s not on the EA cover.

Yeah, I was thinking maybe they might MJ & Rose on cover, maybe with Pip too.

Then I thought, yeah more likely MJ & Pip if historical theme is Finals or Playoffs.

I don’t ever want to see NBA Live/Elite come back. It had it’s run. It’s 2K’s run now and they have made the basketball sim of our dreams. I kid you not, I sat down back in ’08 and made a wishlist of the things I would like to see in the next version on NBA Live, then EA stopped making it for the PC and 2K stepped up to the plate and brought us a game that still far exceeds anything EA has ever done with a basketball game. RIP NBA Live, thanks for the memories, you’re services are no longer needed.

That’s fair enough, I doubt you’re alone on that one. However, not everyone is satisfied with 2K, be it online support or its approach to controls. Many of us would still prefer to have alternatives and competition, though suffice to say there are some people that EA won’t be able to win back and that’s understandable.

Personally, I think a new era will come in 2K. As for the cover, multiple covers is my best bet. Maby something like “Past, Present and Future” or something on the lines.

Good writeups, all of them 🙂