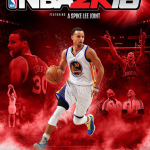 While we wait for more information on NBA 2K16 to be officially released by 2K Sports, there continue to be leaks and rumours circulated. A handful of screenshots appear to have confirmed several details about game modes in NBA 2K16, including MyCAREER, MyLEAGUE, MyGM, MyTEAM, and MyPARK.

According to the screenshots, MyTEAM will feature five modes of play: Road to the Playoffs, Challenges, Domination (current and historic) and The Gauntlet, a three-on-three street mode. MyTEAM will apparently also feature greater customisation in NBA 2K16, right down to custom logos. The new 2K Pro-Am is reportedly a league that pits MyPLAYERs against each other in five-on-five gameplay, with NBA rules.

The images also describe MyCAREER as beginning in high school and continuing through college before finally making it to the NBA, with a healthy dose of off-court drama. This obviously gels with previous rumours and reports regarding this year’s MyCAREER, which is written and directed by Spike Lee. MyPARK will also return in NBA 2K16, featuring the same cities as last year.

MyLEAGUE and MyGM are also receiving upgrades in the form of three team trades and the Summer League (already confirmed by the leaked achievements list), a news ticker, and other enhancements including an “all-new Draft Lottery” and “all-new NBA Draft”. Finally, Play Now with feature the standard exhibition play, NBA Today, Play Now Online, Blacktop mode, Play With Friends, and the All-Star Team Up.

While all rumours should be taken with a grain of salt, the information does appear legitimate. Nevertheless, it is all subject to confirmation at this juncture, and we’ll no doubt be getting the full scoop on NBA 2K16 from 2K Sports themselves in the not too distant future.

In the meantime, feel free to add your thoughts in the comments section below, and as always, be sure to join in the discussion in the NBA 2K16 section of the NLSC Forum! If you’d like to check out the screenshots for yourself, you can find them here.