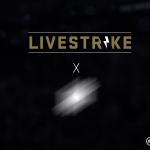 You may recall that the brief notes for Patch 1.06 for NBA Live 18 mentioned something called LIVESTRIKE. At the time, there were no further details on what this feature entailed. As a result, some gamers concluded that it simply referred to the crossover content with Battlefront 2, namely the Star Wars-themed live events.

That does not appear to be the case however, as EA Sports continue to hype LIVESTRIKE through their social media channels. At this time, we still don’t have any details as to what it is. Naturally, this opens up the floor to further speculation, as it’s certainly being built up as a significant addition to NBA Live 18.

Arcane and I speculated on LIVESTRIKE in Episode #227 of the NLSC Podcast, suggesting that it could be a live event or some other kind of online content. At this time, I still feel like that’s a fairly safe bet. It’s difficult to imagine that it would be a different type of mode or gameplay mechanic, but obviously we don’t have much to go on except for the name at this time.

As such, we’re all free to speculate a little longer. Feel free to share your thoughts on what LIVESTRIKE might be in the comments section below, as well as join in the discussion here in the NBA Live 18 section of the NLSC Forum.