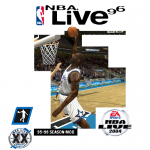 Thanks to everyone who has contributed to March Modness so far! I’ve been working on a few more things myself, and to that end, have put the finishing touches on v3.0 of my 1995/1996 Season Mod for NBA Live 2004. Key features of the new release are as follows:

A big thanks to Murat and pksts for the new logos, faces, jerseys, and courts that can be found in v3.0! Thanks to their contributions, this release is the most complete version of the 1996 Season Mod for NBA Live 2004 so far. I may make some further adjustments here and there at some point, but the mod is now more or less how I envisioned it all those years ago.

Download the 1996 Season Mod here! You can also find the support topic for all of my NBA Live 2004 releases here in the Forum. If any bugs are discovered with v3.0, I’ll try to get a hotfix out as soon as I possibly can. If I do get around to doing anything else with the mod as far as further additions or enhancements, I’ll include them in a potential v4.0 release. For now, I hope you enjoy a new release for an old favourite!