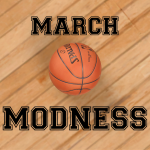 With the preview season for NBA Live 19 and NBA 2K19 well underway, and the release of both games on the horizon, it’s past due to draw the winner of our March Modness giveaway. Congratulations to TGsoGood, whose entry into the giveaway was drawn at random!

TGsoGood will have a choice of prize between NBA 2K19 (Standard Edition) and NBA Live 19. Thank you to everyone who entered the March Modness giveaway with their contributions back in March. As I mentioned at the time, it’s something that we might look to do each March moving forward, and if so, I’ll certainly try to ensure that everything about the event and giveaway runs a little smoother in the future.

Once again, the release of NBA Live 19 and NBA 2K19 are just around the corner, so stay tuned to the NLSC for further previews, PC mods, and other original content!