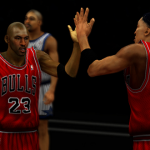 As you’re no doubt aware from our regular file additions bulletins, we have a very talented and enthusiastic modding community here at the NLSC. We’ve been able to do some great things throughout the years, not only keeping games up to date, but creating new experiences, and even fixing some annoying problems. We can be proud of what we’ve accomplished in our community in terms of modding, and I’m sure we can look forward to many more fantastic releases in the future.

However, while I’ll gladly sing the praises of our community, and I truly believe that we have a good thing going here, there is a darker, more unpleasant side to modding culture. There’s a lot of talent and creativity in our community, which is great, but unfortunately where there’s talent and creativity, there’s often ego. While there’s nothing wrong with having a healthy ego, there are some people who take it too far. That’s when it becomes a problem, and people become difficult to deal with.

Sometimes, the problem simply lies with the individual. Some people are arrogant, rude, and difficult. There’s not a whole lot that you can do about that. However, there are also ingrained aspects of the modding culture we’ve cultivated which contribute to the problem. Difficult individuals are unlikely to change their ways, but as a community, we can work together to develop new attitudes and fresh approaches that benefit the modding community. That’s what I’d like to talk about today.

It all starts with something that JaoSming and I have both talked about at length in previous articles, as well as on the NLSC Podcast: modding for the right reason. That may sound like a strange thing to say, but when it comes to your motivation to create mods, there are definitely good reasons – the right reasons, from the perspective of having a healthy and productive attitude – and bad reasons, which represent a line of thinking that is wrong, or at best, misguided. What constitutes right and wrong in terms of motivation to mod? Well, do you like tinkering with basketball video games, modifying them to create new experiences, or improving the product? Do you feel compelled to share that work with your fellow gamers, so that they can benefit from it, too? Is it something that you feel passionate about, something you’re doing because it’s fun and enjoyable? If so, then your intentions are good, your attitude and motivation positive. You’re modding for the right reasons.

Conversely, what are the wrong reasons for getting into the modding community? To achieve some sort of “status” or “fame”, as it were. It’s modding to foster an image of being better, or more important to the community, than your fellow basketball gamers. It’s getting involved in the scene to feel important, indispensible…bigger than the community. It’s looking to wield power, usually by withholding releases until your whims are catered to. It’s indulging your ego, and expecting everyone else to do the same. If that’s your motivation, instead of making the game better for yourself and others, then you’re modding for the wrong reasons.

Now, don’t take that the wrong way. Modders are valued members of our community, and there’s nothing wrong with being proud of your work, and confident in your abilities. It’s also important that we recognise significant developments and contributions that people have dedicated their free time to make. But no single person is bigger than the community, bigger than the game if you will. A lot of talented people have come and gone, but the community has remained. New people get involved in modding, become very good at it, and make great works. To that end, no one should believe that they can hold the community to ransom.

A healthy ego is fine. It’s bratty and diva-like behaviour that we can do without. We see that kind of egotism manifest itself in many ways in the modding community. Arguments over whose mods are the best, often leading to accusations of stolen work. Refusals to collaborate with others, and a reluctance to adopt an open source approach. Modders choosing not to share their knowledge on how to create certain mods, thereby retaining an exclusive claim to them and inflating their sense of importance and “status”. Dismissive, hostile, and conceited responses towards newer modders, as well as anyone that dares offer constructive criticism, or less than glowing praise. None of it makes the community a friendly, inviting, and ultimately productive place. Incidentally, this isn’t a recent development. I’ve been around the community for a long time, and it’s existed since the early days. The names may have changed over time, but the problem of some modders letting their egos run wild has remained. The question is, how do we address the issue?

It’s easier said than done, because we’re battling human nature here. As I said, some people are going to be rude, arrogant, and difficult to deal with, and there’s not a lot you can do about that. Fortunately, they’re in the minority, and they’ll either come around to some extent, or someone with a better attitude will do great things in their stead when they quit in a huff. Beyond that, over the many years we’ve been around, we’ve established certain unwritten rules and a code of ethics, most of which had good intentions, but in some cases, are counter-productive. Changing the established norm is difficult, even with the majority of modders who do have a good attitude. We get used to the way things are, and we tend to resist change.

The main thing we need to do? To be blunt: get over ourselves. I’ll put my hand up here and admit that I’m guilty of taking my work in modding too seriously in the past. For a long time, I was leery of allowing people to use my roster updates for NBA Live as a base for their own projects. It just didn’t feel right to spend hours upon hours making the rosters, just for someone to swoop in, make a couple of changes, and re-release them under their name. Even if they asked first and were willing to give credit, I usually declined permission. It felt as though they were sitting back and letting me do the hard work that they didn’t want to do, then taking credit for work that was mostly mine. So I do understand the reluctance.

In fact, I’ll still defend that stance…to a point. While we do encourage open source and collaboration these days, if a modder says no, then their wishes must be respected. If someone has their work stolen and re-released – which happened to me quite a few times – chances are they’ll be more reluctant to grant permission, or take it in good stride the next time their work is modified and released without credit. And that’s completely understandable. With big roster mods in particular, it feels quite disrespectful, given how long they take to create. Even if someone does politely ask for permission, it can come across as being a bit on the nose, given how much work you’ll have already done for them. All the same, I can’t pretend there isn’t a bit of ego involved there. As such, my stance has changed a little in recent years, especially as I slowed down and eventually stopped making the roster updates for NBA Live altogether. Having discussed the issue with JaoSming and others, I came to ask myself, what was more important; that I could thump my chest and say “I made that”, or that people who wanted the updates could still get them, because someone was still working on them? I decided that I needed to check my ego at the door. While I still stand by some of the reasons for my previous position, and I both respect and understand the reluctance to hand over a project or allow unofficial offshoots, I’ve decided to take a different approach, set a different example. I can see where I personally was too wrapped up in people knowing that it was my work, rather than letting them enjoy an update that they wanted and someone else was willing to make in my stead.

What it comes down to is this: in the modding community, we’re all replaceable. Sure, the very best modders leave big shoes to fill, but nevertheless people have come and gone from the community, yet as a whole, we continue to produce great work. Furthermore, we shouldn’t be aiming to monopolise a certain type of mod by jealously hoarding knowledge; someone else is going to figure it out in time, anyway. There needs to be cooperation, understanding, and the willingness to share and lend a hand. Open source releases aren’t always feasible, but when they are, it’s to everyone’s benefit. We should accept constructive criticism graciously, strive to improve, and be encouraging and supportive towards one another.

Of course, credit must be given where it’s due. Stolen work won’t ever be tolerated, though sadly it is an issue that we’ll inevitably have to deal with from time to time. We’ll absolutely continue to recognise the people who are doing great things for the community, and rude requests and feedback will not be considered acceptable. However, for the good of the modding community, we do have to ask ourselves why we mod. Is it to make a big difference to the games we play, or is it just to feel big? I’d suggest we’d all get more satisfaction, and more great work done, if the answer is the former. We’ve got a good thing going here. Let’s make it even better.

Very nice article and well said (or written) sir! You hit on the target about what to expect and what should be done if you’re a modder. An eye opener. Kudos!