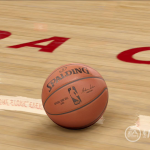 With message boards and social media providing us with a plethora of platforms to speak out on, we gamers are not shy about expressing our opinions on the games we play. It’s a key part of being a gaming community, and it serves an important purpose, given how much contact we now have with video game developers. It’s usually a bit easier to talk at length about the things that we don’t like rather than the things that we do, but in doing so, we are able to provide constructive feedback. While we may be a niche demographic compared to other genres, the basketball gaming community is no different in that regard.

The basketball games that we play have come a long way over the past couple of decades, and generally speaking, most of us have at least one release that we enjoy. We do have high expectations however, and when a particular title doesn’t measure up, we’ll certainly express our disappointment. The interesting thing is, although some basketball gamers will indeed put aside a game that they find disappointing, many others do continue to play games despite their frustration with glaring flaws. In short, even when a title is problematic, we often find a way to have fun with it.

So, how do we find ways to enjoy flawed basketball video games?

I think that most of us are aware that perfection is a tall order, if not an impossible task. If creating the perfect basketball game without any bugs, glitches, or undesirable results of any description were an easy task, it would have been done by now. I’d suggest that the phenomenon that frustrates us the most is when we keep seeing the same issues, game after game. Fixing those legacy issues is still probably easier said than done in many cases, but it’s frustrating for us nevertheless. It leads to a feeling that games are growing stale, even if the quality hasn’t really dropped. Therefore, I believe that most basketball gamers do accept that games won’t be perfect, while obviously still expecting them to deliver an enjoyable experience that faithfully resembles the sport we love. After we play a new release beyond the point of having first impressions, we have a general feel for the game and are thus able to determine whether we like it enough to overlook its flaws. If a game’s strengths and familiar attributes shine through once any initial disappointment subsides, chances are we’ll like it enough to keep playing it, even if there are moments of frustration.

That’s all well and good for basketball video games that are strong releases with a few noteworthy flaws, but what about releases that have a lot of problems? After all, there have been several games – I’m sure we can all name some off the top of our heads – that were extremely flawed and greatly disappointing as a result. Whether it’s an assortment of bugs and glitches in key areas of the game, lacklustre AI, missing features, or some other issue, some problem has generally ruined the whole experience. As I alluded to before, when this is the case, a lot of gamers will indeed refuse to play a game, perhaps returning to a previous release that they prefer.

At the same time, a lot of us have persevered and played games that are undoubtedly greatly flawed releases. The question is, how do we do that, and perhaps more importantly, why would we do such a thing, when we supposedly have much higher expectations for basketball video games? As much as anything else, it comes down to acceptance. Going back to what I said before, we do tend to accept the reality that no video game of any genre is going to be absolutely perfect. Following any initial disappointment, the persistent and enthusiastic basketball gamer will look for more positive aspects that make the game worth playing. Upon accepting that a game is what it is, it may still be possible to find a way to enjoy the experience that it does offer. This usually means tolerating the fact that a game is less realistic than desired, overlooking a bug that can be ignored, or simply getting used to odd gameplay mechanics.

In that respect, basketball titles aren’t that different from other genres of video games. Through his Angry Video Game Nerd persona, James Rolfe has riffed on more than a couple of NES games that I actually quite like, such as Bart vs. The Space Mutants. However, while Rolfe obviously exaggerates for comic effect, many of the criticisms the Nerd makes are nevertheless valid. A lot of those old games have flawed controls and design concepts that certainly shouldn’t be replicated, but they still held some appeal and thus I was able to enjoy them anyway. I feel the same goes for basketball games, assuming of course that they aren’t completely broken and unplayable.

Because we’re also a modding community, our ability to tinker with basketball video games also factors into how much we enjoy them. Although there’s only so much we can do to resolve major issues with gameplay and game modes, we have been able to develop unofficial fixes and workarounds that have improved games and made them more fun to play. Sometimes, tweaking sliders and other settings may help, too. From a creative perspective, a flawed game that is very moddable might gain extra appeal with the right project. Modding has certainly extended the lifespan of titles that basketball gamers would otherwise have plenty of incentive to move on from. As for why we try to make the best of flawed basketball games, the reasons are certainly varied. A game might have just enough appealing elements to make you want to persevere and try to get as much enjoyment out of it as possible. If the game you’d prefer to play isn’t available on the platform of your choice, or your rig isn’t good enough in the case of the newer PC releases, you might opt to make do with an older title. Alternatively, you might just prefer the way an older game plays, despite its own shortcomings. Sometimes, it even seems like some folks would rather mod a flawed game than play a release that is vastly superior, but less modder-friendly.

The bottom line, as always, is to enjoy what you’re doing. After all, an issue that completely ruins the experience for one gamer may simply be a mild annoyance for someone else. As long as you’re having fun with the games you choose to play (and mod), that’s what’s important. There’s nothing wrong with enjoying a flawed basketball game, if you’re able to find a way to do so. Just keep in mind that not everyone will share your point of view, especially if you’re hoping people will make mods for a game that had a mixed reception.