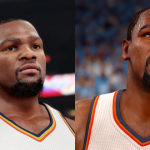 In last week’s Friday Five, I talked about aspects of online culture that I dislike. While I’d rather not spend too much time dwelling on the negative – incidentally, that would be another pet peeve of mine when it comes to online culture – I did touch on something that I’d like to talk a little bit more about today for Monday Tip-Off: fanboys and haters within the basketball gaming community.

I don’t want to make a sweeping, generalised, melodramatic statement such as “Fanboys and haters are ruining the basketball gaming community”, because that’s not exactly true. Unfortunately, such a statement isn’t completely without merit, either. At the very least, it’s reaching some incredibly silly levels, with severe tunnel vision and an almost complete lack of perspective. Granted, this is often the case in any fandom, but since this is our community we’re talking about, I’d like to see us do better.

Competition between gaming franchises isn’t exclusive to sporting titles, but it’s where there’s the most direct competition, since competing games are going to have similar goals. With exclusive licenses now commonplace, basketball is the only major sport with two multi-platform AAA games currently on the market. As such, NBA Live and NBA 2K are the only sports titles that have an active, on-going rivalry within their target demographic, since both games are still coming out.

This is to be expected, of course. The fact that they are sports games probably only adds fuel to the fire, since sports fans are already passionate to begin with, and conditioned to pick a side to support. In theory, that’s not a bad thing. It comes down to passion, enthusiasm, and enjoyment. However, these days it’s all being mixed with a ridiculous amount of schaudenfreude, to the point where it seems there’s more joy taken in one game’s shortcomings than the other game’s triumphs. Hop on social media, and it won’t take you very long to find this sentiment. For every big announcement on the official NBA 2K Facebook page, you’re guaranteed to see a thread of comments declaring “RIP NBA Live”, “NBA Live sucks”, “NBA Live fans be like (insert mocking image here)”, and other such asinine statements that aren’t nearly as amusing or clever as I’m sure the people posting them believe them to be. As I said in the Five last week, snark doesn’t automatically equal wit.

Now, that’s not to say that those gamers aren’t allowed to express themselves, or that the opinion that NBA 2K is an overall superior game has no merit. It does, however, highlight a rather unfortunate attitude: rather than being excited about a cool new feature in their favourite game, some gamers would rather focus on how it affects a title they have no interest in. I guess that’s the way of the Internet, where it’s more fashionable to declare “Fail!” than be complimentary, but it’s bothersome nevertheless. I mean, if your favourite game is doing something awesome, isn’t that all that matters? Who cares about what another game is doing?

On the NBA Live side of things, you have a similar group of fanboys and haters, boldly declaring the end of NBA 2K, a dramatic ascension for NBA Live, and a general sneer towards whatever 2K is doing. Now, I do want to see NBA Live succeed, and I don’t agree with every choice 2K makes, but that’s just silly. Whatever criticisms can be made of NBA 2K, it is not, by any stretch of the imagination, a horrible product on the verge of collapse. Furthermore, while improvements have been made to NBA Live, it still has a long road ahead of it. The developers at EA Tiburon aren’t denying that, so neither should NBA Live fans.

The first conclusion you may draw from all this is that some gamers are too wrapped up in the success of their chosen game, which I’d say is true. However, more disturbingly, I think a lot of basketball gamers are getting too wrapped up in the failure of the game they aren’t interested in. Rather than being excited about good news for their favourite game and the enjoyment it will bring them, they’re more thrilled about it being a blow to the competition’s game, a game they weren’t even going to play anyway, and that game’s fans. Frankly, it’s quite petty, and bit sad. Look, it’s not my place to tell anyone how to react to news about video games, or how to enjoy basketball gaming. It’s not anyone’s place to tell anyone else how to enjoy their interests. But as I said in last week’s Friday Five, every second you spend hating on something that doesn’t interest you, is time you could’ve spent enjoying something that you do like. Why waste time, energy, words, indeed any thought whatsoever, on something you’re not interested in? And that brings us to another group of people: the ones who hang out on the official Facebook pages for NBA Live and NBA 2K, just to bash the games.

Yes, some people do like to troll, and rile up the fans. I think that’s a waste of time too, but that’s their choice, I suppose. The thing is, when those gamers are asked why they’re posting on a page about a game they clearly don’t like and don’t want to play, they respond that they used to be fans and are simply telling the harsh truth so the game can get better. While there are going to be some vocal, disgruntled fans (or former fans, as the case may be) when it comes to NBA Live, it’s difficult to believe that anyone saying “You suck, just give up!” is actually interested in giving constructive feedback. Likewise, the one millionth threatening and profane demand for 2K to resolve server issues isn’t all that helpful, either.

It’s an issue that’s admittedly bigger than our community. Some might argue that it’s all an extension of sporting culture, or indeed, an unwinnable battle against human nature. But for the majority of us who are level headed, and capable of constructive criticism, I feel we need to rise above the pettiness and snark. Fans, not fanboys; critics, not haters. That’s what we should be, when we invest ourselves in the basketball games we’re so passionate about.

Andrew, aren’t you a fan boy for NBA Live? Your site is nba-live.com and you sugar coat NBA Live’s negatives, and there are a lot of them. The attitude towards Live is, “hey, marginal improvement is better than nothing”. Where in reality, the game is a disaster. Heck, Live 14 was one of the biggest embarrassments ever, yet everything was sugar coated on your end. This is like Fox”News” saying there are political fan boys, and then turning around and saying Bush wasn’t that bad of a president.

And no, I’m not a 2K fan boy. 2K wraps itself in it’s pretty graphics and good marketing campaign to hide it’s never ending imperfections. A game that heavily markets it’s online modes, yet has one of the worst online experiences in a video game of their magnitude.

Bottom line is, it’d be good if this site started calling out these games, instead of focusing on fluff to keep getting interviews.

Andrew has been pretty consistent with his stance that the community should provide CONSTRUCTIVE criticism/ feedback.

This site WAS an nba live fanboy site years ago but Andrew has adapted it to cover both games and I think he has done a great job in doing this.

This is now an “nba video game” fanboy site.

If you listen to the podcasts you will hear Andrew speak impartially on both game pointing out there pros and cons so in a way that’s calling them out when something just doesn’t flat out work plus this forum offers feedback to both EA and 2k which the devs read.

It’s no secret that 2k if leaps and bounds ahead of nba live but taking little steps in the right direction is better than going backwards right?

Also there is calling out faults and then there is acting professional and being informative to devs which when your running a site like this you just have to be.

Oh, and Welcome to the forum Guest….

For an “NBA Live fanboy”, I feel I’m pretty complimentary towards 2K. 😉

I don’t feel I sugar coat NBA Live’s shortcomings. I’m just not a fan of expressing disappointment in a needlessly snarky or whiny manner, whether it’s with NBA Live or NBA 2K. I don’t think it’s constructive, and the whole “callout culture” has become dependant on the belief that developers are lazy, stupid, and don’t care, which is immature and misguided.