Monday Tip-Off: How Modding Has Changed 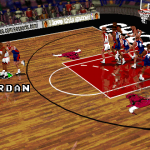 We’re at midcourt, and the ball is about to go up…it’s Monday Tip-Off! Start your week here at the NLSC with a feature that’s dedicated to opinions, commentary, and other fun stuff related to NBA Live, NBA 2K, and other basketball video games. This week, I’m tipping things off with a look at how modding has changed over the years.

As of last August, the NLSC has been around for twenty years. I’ve had the privilege of running the site for fifteen of those twenty years, and suffice to say quite a few things have changed during that span. It’s been interesting to observe those changes, and of course, crucial to adapt to them. As you might expect, that’s sometimes been a challenging task. While we’ve expanded our content and commitment to covering basketball games during their development, a big part of what we do here in our community still revolves around modding. I expect that will always be the case, and as I’ve said before, we can be proud of the work we’ve done in that regard.

Of course, there have been changes to modding, too. For a start, instead of “modding” and “mods”, in years gone by we mostly used the words “patching” and “patches”. Once we started covering NBA 2K in greater depth and creating content for it, the word “modding” came to be used more frequently, either to distinguish it from NBA Live patching, or simply because the term was more common in other gaming communities. Whichever term you prefer, the changes to modding in our community extend well beyond the name for the hobby.

I’ve really become more aware of just how different things are these days having revisited several old games and mods for my weekly features, in particular Wayback Wednesday. What really struck me is how comprehensive mods have become. It’s not that we didn’t put a lot of time and effort into projects in the earlier years of our modding community, but we had different standards as far as what constituted a sufficiently complete project. For example, there were a lot of roster updates that didn’t include new team logos, jerseys, and courts, and players generally had created appearances instead of proper faces, but they were still well-received. There were reasons for this, of course. Before the use of individual face textures, creating a player that blended in among original players wasn’t an issue. It would be a few years before Brien created the EA Graphics Editor, and even then, certain art files were difficult to work with. Playing with updated rosters or rosters that added historical players were appealing ideas in their own right. It didn’t matter that a couple of jerseys and logos weren’t accurate, or that new players had carefully sculpted Create-a-Player appearances instead of custom face textures. The content was still fresh, and the presence of those new players in the rosters was what mattered most.

That’s not to say art updates didn’t exist, but complete update packages weren’t as common. As our community became more proficient at modifying art and even shape files, and as the games themselves improved, that began to change. We became more ambitious in our projects, and expectations were much higher as a result. Current and concept rosters alike were becoming more comprehensive, with larger amounts of custom art. In many ways, I think the NBA Live Street 2003 mod for NBA Live 2003 paved the way for bigger projects, and inspired the community to create patches that were as detailed as possible.

For the most part, this was a huge step forward. It resulted in cooperation between modders with resources being shared, and teams being formed in order to create some really special mods. Breathing new life into a game for a few years after its release became a fun creative outlet, allowing us to provide each other with an alternative if we didn’t like the newest title. From comprehensive current and retro season rosters to NCAA and foreign league total conversions, the community pumped out impressive projects that enhanced the games and created new experiences. While recent releases have presented new challenges, those efforts continue to this day.

At the same time, with these changes, a few problems arose. There were times when ego was an issue, and not everyone was willing to share or collaborate. Expectations were much higher, which led to impatience and an unwelcoming attitude towards new modders. It made the hobby less appealing, and more of a chore. I believe one of the reasons I came to feel so burned out on making current rosters was the pressure to release full updates each and every time. It was the standard we’d all come to expect, and hold ourselves to. Had I released smaller updates that progressively added new rookies and artwork during the offseason, I might have avoided stress and burnout. Taking modding more seriously has led to amazing releases and even garnered attention from mainstream gaming publications, but it’s also had a downside. Some of the competitiveness in the modding community has been quite toxic at times. It’s resulted in nastiness when releases are perceived to have fallen short of expectations. There’s been jealousy, and refusals to cooperate. Instead of being a fun pastime that’s about making games better for each other, it’s been treated as a quest for fame and notoriety, and even money. There was always an element of that in the old days as well, but it seems to have become more pronounced over time.

Changes beyond our modding community have played a part in that. A lot of online content is monetised these days, and we’ve had to adapt to that philosophy. I’ve previously explained why we can’t flat out charge for mods, and although we do allow tip jars and ad links, I wouldn’t like to see the motivation behind modding become all about making money, rather than doing wonderful and creative things with basketball video games. On a somewhat related note, I’m also not a fan of password protecting archive files. It’s often pointless, but can easily add an unnecessary air of exclusivity to mods, or worse yet, lead to “send me a few bucks for the password”.

Even if money isn’t changing hands, I’ve been disappointed to see some modders showing off work that isn’t intended for public release and is only distributed privately, often with other modders who have work to share in return. While no one is under any obligation to release their work publicly, and there’s technically nothing wrong with sticking to privately sharing work between friends, it’s a tease to give everyone else a peek at something that’s not going to be readily available. Other people have simply withheld releases or knowledge, in order to feel important and indispensible. That’s not the approach that our community was founded upon.

That being said, our modding community is pretty healthy these days. We’ve seen more beta and “demo” releases, and I believe that’s a fantastic approach for big projects. There’s a lot of creativity and talent in the community, with the Ultimate Base Roster, U R Basketball, March Madness and other NCAA mods, and several other projects making the games a lot of fun to play. There aren’t as many websites dedicated to basketball gaming as there used to be, but as they’ve closed down, the modding community has consolidated here at the NLSC. That’s helped us to build a library of resources and tutorials, as well as provide a central place to share work. So, times have changed, technology has changed, and our modding community has subsequently changed accordingly. It’s led to great improvements and wonderful creations, but a few problems have also arisen along the way. In reflecting on these changes, my intention is not just to point out the good and the bad, but also to look ahead to where we need to go from here. We plan on being around for a while yet, and as such, we need to continue to adapt with the times. At the same time, we need to ensure that we don’t abandon the philosophies that have made our community so successful, and what it is today.

As we develop new techniques and continue to make mods, we need to share that knowledge with newcomers. Whether we’re creating or downloading mods, we need to embrace the approach of beta and demo releases, as well as the idea that more content can always be added in a Version 2.0. I’m not about to discourage ad links and tip jars – I invite donations to help fund the NLSC’s hosting, after all – but it shouldn’t be our primary motivation for modding. Instead of saying “that isn’t good enough”, we should encourage modders with advice on how to get better. We should always mod because it’s fun, not because we’re seeking some sort of status.

Through all the changes and challenges, our modding community has come a long way. We’ve weathered several ups and downs, ultimately surviving, thriving, and creating some amazing projects for basketball video games in the process. We can and should be very proud of what we’ve accomplished. However, as we continue to grow and change with the times, it’s important that we don’t go down a bad path, and ruin what we’ve worked so hard to build here. As long as we have a healthy respect for one another and take the right approach to the hobby, I’m confident that we’ll be just fine in the long run.

Thanks! I feel it’s good to take stock of these things every so often. Also, going back and playing old games with old mods made me realise how far we’ve come with the comprehensive updates.