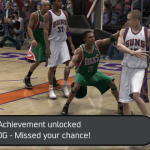 For some gamers, Trophies and Achievements in video games are of great importance. For the gamer who strives for 100% completion, there are few things as satisfying as the sight and sound of a notification informing them that a Trophy or Achievement has just been unlocked. It’s a concise representation that yes, you did indeed do just about everything you could with a game, and then some. And, if you’re the kind of gamer who likes to brag about such things, it’s right there in your public profile, for everyone to see.

For other gamers, Trophies and Achievements are nothing but a nuisance, a meaningless aspect of modern games that are only useful to people who want to brag about ultimately useless accomplishments. You play the games because you’re interested in them, not to get some virtual pat on the back for performing some mundane task. Simply put, Trophies and Achievements aren’t something that everyone is interested in, or obsesses over.

Personally, I find myself somewhere in the middle. I’m not obsessed with collecting every single Trophy or Achievement in every game I play, but I also find them to be fun goals to shoot for, when I’m looking to extend my gaming experience. Basketball video games have had some fun and interesting challenges in the form of their Trophies and Achievements, but in some cases, shooting for 100% completion becomes impossible sooner than you might expect. Servers are inevitably shut down at some point, at which point Achievements involving online play or timed content become lost forever.

For many gamers, this isn’t a big deal. So you don’t unlock all the Achievements, you can’t get 100% completion. Who cares, right? Did you have fun playing the game? Did you feel like you got your money’s worth? At the end of the day, surely that’s all that really matters…right? I don’t entirely disagree with that line of thinking, of course. When it comes to basketball video games specifically, the enjoyment you get out of the franchise or career modes, or taking on your fellow basketball gamers online, or whatever else you’re doing with them, should be paramount. But when you’re looking for new experiences, features you’ve never really explored before…when you’re looking to squeeze every last drop of gameplay you can out of a basketball game…aiming for an Achievement or Trophy can come in handy, giving you something to play for.

Sadly, if you’re late to the party – and when it comes to sports games, not everyone picks up the latest release straight away – you may miss out on some goals entirely. If you are the type of gamer who likes to try for 100% completion, a frustrating experience awaits you with any Achievement that requires online connectivity, not to mention the participation of other basketball gamers.

The most egregious example of this came in NBA Live 07 on the Xbox 360, which featured the Achievement “Online with 1,000 people”. As you’ve probably guessed from its name, that Achievement was awarded when you went online with NBA Live 07 at the same time as 999 other gamers. This was a tough enough Achievement to attain to begin with, and I recall a few efforts to arrange a time to get at least 1000 NBA Live 07 gamers online at a specific time, with the goal of getting everyone the Achievement. From memory, they weren’t too successful, but this was before social media really took off. Perhaps it would be a bit easier to arrange now. Beyond that, it’s fairly common in both NBA Live and NBA 2K to encounter Trophies and Achievements that involve playing (and usually winning) online games. Since the servers aren’t immediately shut down when the season ends, they do remain attainable for a little longer, but they too will become lost in time.

Now, this isn’t exactly the most important issue facing basketball video games. There are quite a few things that NBA Live and NBA 2K can add or improve upon before Trophies and Achievements enter the discussion. I also think it’s worth having some of those Trophies and Achievements tied to online features, to encourage users to check out modes that are new, or they might not ordinarily try.

However, I do believe that most Trophies and Achievements should offer unique and fun challenges that do not require online connectivity: breaking NBA records, replicating famous historical performances, and so on. These are the kind of things we can do with basketball video games while we’re waiting for the upcoming titles to be released. Alternatively, for those of us who don’t trade in the previous year’s game when the new one comes out, they provide something fun to try when dusting off an old favourite.

I’d also suggest steering clear of any Trophies that can become unobtainable in less than a year, any Achievements that are too dependant on the activities of your fellow gamers. I do believe that Achievements and Trophies have their place in modern gaming, and can function as an effective means of getting the most out of basketball video games. However, they should be focused on guiding users towards getting the most out of the game, and rewarding them for tackling tough-but-fun challenges. They shouldn’t be something that you need to really go out of your way to achieve, or meticulously organise outside of the game itself to even attempt in the first place.

Of course, if you really want to frantically rack up Achievements, the Internet has you covered. You’re welcome, anyone who was looking to have a productive day today.

Thanks for another great reading! 😉 Today we have very curious article to taste. Thanks, Andrew.

Thanks for checking in!