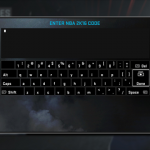 Last week, the official NBA 2K Twitter account topped one million followers. To celebrate, a new Locker Code was redeemable for 48 hours, providing gamers with a random prize for punching it in. Judging by some of the Re-Tweets by Ronnie 2K, a decent amount of people did receive worthwhile prizes, including Diamond and Amethyst cards for MyTEAM. As is the case with anything that’s luck of the draw, some people do appear to have been very lucky.

At the same time, it seems that a lot of people were not. Upon entering the code in both the PC and PlayStation 4 versions of NBA 2K16, I received 500 VC in each. Of course, I’m not really in a position to complain, as several people (including Arcane, as he mentioned on last week’s Podcast) received as little as 200 VC. This led to several NBA 2K gamers voicing their displeasure, and the official Twitter account even dipped back below one million followers after a short-lived hashtag campaign, though it did recover and its follower count is now at 1.01 million.

Simply put, there is an issue with Locker Codes in NBA 2K, and things don’t seem to be any better than when I broached the topic in one of my first Monday Tip-Off columns last year. This isn’t the first time that the value of random Locker Code rewards has been criticised, so what needs to change?

It should be noted that it doesn’t take too long to fire up the game, no matter which platform you’re on, and punch in a Locker Code. We’re also talking about freebies that can be earned through simply playing NBA 2K. As vocal as the outcry has been, I’ve also seen people essentially say “So what? It’s just a code for a freebie. Get over it.” There’s some merit to that, of course, but it’s also myopically dismissive. Just because you don’t personally care about a certain issue, it doesn’t mean that those who do are whiners making invalid criticisms, and there is definitely a legitimate gripe here. At the heart of the issue is a sense of goodwill. Locker Codes are a good way of achieving this, as they provide an opportunity to reward loyal gamers for buying NBA 2K every year, playing it enthusiastically, and following and supporting the series on social media. Because it can be a bit of a grind to earn in-game currency and content, in theory the codes can provide a helpful boost, and keep certain aspects of the game from feeling like a chore. When the random rewards leave something to be desired, however, some of that goodwill is lost.

Once again referring back to our discussion in last week’s Podcast, it’s the principle as much as the tangible rewards on offer. It’s teasing gamers with some desirable free goodies, and then delivering an underwhelming prize when they come to collect it. When you’re rewarded with a measly 200 VC, or 1000 MyTEAM points, a cheerful “Happy Spending” message, or references to it being a “special prize”, feel like a middle finger thrust in your face. Again, it’s not like it takes a whole lot of time or effort to enter Locker Codes, but it still feels like a waste when the rewards hardly justify it.

Something else that has been brought up is a Tweet posted back in May 2014, promising a 24-hour timed code for a Diamond player card in MyTEAM once the mark of one million followers was reached. It didn’t happen at the time, and the promotion obviously expired. It may not be fair to hold 2K to a promise that was made for an earlier game, in a promotion that ultimately didn’t pan out since the goal wasn’t reached, but it spotlights how the value of the giveaway has been significantly lowered. It doesn’t help as far as generating goodwill, and comes across as a broken promise, even though the original offer no longer stood.

What would generate some more goodwill with the Locker Codes in NBA 2K? Well, not all prizes need to be created equal, and there’s nothing wrong with limiting the amount of top tier rewards that can be randomly attained via a timed code. Ideally, however, gamers who miss out on the best rewards should still come away feeling like they received a worthwhile prize. That means enough VC or MyTEAM points to buy a good pack, or give your MyPLAYER a significant boost, or whatever. 200 VC or 1000 MT might as well be nothing at all. Another idea I’d throw out there would be to offer up a couple of different rewards that gamers could choose from. That way, you could select a prize that suits the modes you play the most. For example, at the lower end of the scale, a random locker code might reward you with enough MT for a mid-tier pack or enough VC a small boost for your MyPLAYER. If you’re a bit luckier with the random draw, you might get to choose between a Diamond card and a rare animation/dunk package for MyCAREER. Some prizes would still be better than others, but the lowest tier rewards would still be worthwhile, plus gamers would have a choice.

I will say that it was nice to see a timed code, especially with a 48-hour window. As I discussed in my previous article about Locker Codes, one of the big issues is that international gamers, or indeed people who don’t frequently check social media throughout the day, can miss out on limited codes far too easily. When a code has reached its limit within a couple of minutes of being posted, gamers are not being given a fair chance to snare a freebie. Timed codes, especially for significant events and milestones, are a nice gesture…as long as the rewards are suitable, of course.

As far as the #Unfollow2K hashtag campaign is concerned, I’m not surprised that it ran out of steam after gaining some initial traction. When it comes to NBA 2K, Visual Concepts are putting out a quality game that a lot of people buy and enjoy, myself included. While there are still gamers giving 2K a piece of their mind on Twitter, disappointment over Locker Codes isn’t enough to turn too many people away from the product, or instigate a backlash like the one the Fine Bros. received over the “React” fiasco. It’s a valid criticism of Locker Codes, but it’s not exactly a big scandal.

All the same, I do hope that Visual Concepts learns from the backlash, and takes the discontent seriously. NBA 2K continues to be a great basketball video game, and there are certainly more incentives to play it than content and currency giveaways via Locker Codes. They certainly aren’t the be-all, end-all of the NBA 2K experience. However, they are an opportunity for 2K to demonstrate goodwill towards loyal fans, and poor rewards will only have the opposite effect, leaving gamers feeling disappointed and insulted. Hopefully, future goodies will be more satisfying, and live up to the hype.