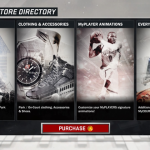 Since the release of NBA 2K17, an issue that’s come up a couple of times on the NLSC Podcast is the general reduction in the amount of Virtual Currency that can be earned in a single game. Having spent most of my time so far playing MyCAREER and 2K Pro-Am, this is certainly a problem that I’m very familiar with. Although the MyNBA2K17 app offers additional opportunities to earn Virtual Currency, it doesn’t do much to contribute towards the cost of the various in-game items that are purchased with VC.

We’re not the only ones complaining about Virtual Currency in NBA 2K17, either. A petition is currently circulating in an effort to get Visual Concepts to re-work or eliminate the VC system in NBA 2K. It’s highly unlikely that we’ll see the complete removal of Virtual Currency in future iterations of NBA 2K, but given the issues with VC in this year’s game, I’d definitely agree that some changes need to be made. While I do have a lot of good things to say about NBA 2K17, the problems with Virtual Currency absolutely need to be highlighted.

If you’ve played any of the modes that utilise your MyPLAYER – MyCAREER, MyPARK, and 2K Pro-Am – you’ll have surely noticed that the Virtual Currency rewards have been severely nerfed in NBA 2K17. This is particularly noticeable in 2K Pro-Am, where it’s a little more difficult to put up monster stats on a regular basis. If you don’t have a big game statistically, you better hope that you have a good teammate grade, and that your team wins the game. Otherwise, you’ll likely find yourself earning less than 100 VC, which is absolutely ridiculous. In NBA 2K16, a decent performance in a loss would at least net a few hundred VC for your trouble. MyCAREER’s rewards seem to be a little better, mostly because of the game-to-game salary, endorsement deals, and increased number of minutes. All the same, the in-game rewards aren’t nearly as generous as last year, and with so many aspects of the game utilising Virtual Currency, every little bit you can earn is crucial. MyTEAM thankfully utilises MyTEAM Points in addition to VC, but the game really needs separate currencies for apparel and player upgrades for your MyPLAYER, similar to what NBA Live 16 did with Reward Points and Skill Points.

The release of WWE 2K17 has further highlighted NBA 2K17’s harsh approach to Virtual Currency. WWE 2K17 also utilises VC for its unlockables, some of which are very expensive, but the game is also quite generous with its payouts. In fact, upon firing up the game for the first time, you’re rewarded with 200,000 VC, which is enough to purchase a few of the big name unlockable Legends. On top of that, you can earn a large amount of Virtual Currency for each match you play. So far, I’ve earned as much as 9000 VC for winning a five star match; play a couple more of those, and you can unlock a few of the mid-tier bonus wrestlers in no time.

Of course, there’s a key difference in the way that WWE 2K17 and NBA 2K17 handle their respective Virtual Currency. WWE 2K17 doesn’t feature microtransactions, whereas NBA 2K17 does. There’s a Season Pass for WWE 2K17’s future DLC, an Accelerator to unlock everything (also available as part of the Season Pass), and a booster pack for the game’s MyCAREER. However, you can’t directly purchase Virtual Currency as you can in NBA 2K17, and its usage isn’t as widespread. As such, the game can afford to be generous with its VC rewards. This adds further weight to a criticism that several basketball gamers have levelled at NBA 2K17 in the month since the game’s Early Tip-Off release. More than ever, the game seems to be encouraging microtransactions through the purchase of Virtual Currency. The VC rewards are stingier, but MyPLAYER items and upgrades remain expensive, as do packs in MyTEAM. On top of that, dribbling moves that have been free in previous games are now behind a Virtual Currency paywall. It’s one thing to have to pay for the signature moves of NBA players, another altogether to have to buy the generic basic crossovers that used to be free.

Honestly, it feels like a slap in the face. We’ve already had to carefully ration Virtual Currency because of its wide usage throughout the game, and the general cost of each item. Now we’re earning even less VC, which we have to stretch further to buy items that used to be free. Alternatively, we can drop real currency on a stack of Virtual Currency, and changes like this seemingly force us to do that. Considering NBA 2K’s share of the market these days, it feels somewhat greedy. It’s not demonstrating a lot of goodwill to a very passionate and loyal fanbase, to say the least.

Unfortunately, that’s kind of been a theme with NBA 2K as of late. This past preview season saw some interactions with gamers that were truly astonishing in their rudeness and lack of professionalism. Gamers who were weary of being encouraged to pre-order a game we knew nothing about were jeered at. A person who complained about the quality of customisation features was made fun of because NBA 2K is “more than a Barbie dress-up game”, despite all the clothes and shoes you can buy (with Virtual Currency, of course). More than once, negative but constructive criticism has been mocked, sometimes directly to the person who’s expressing it. It demonstrates a disappointing dichotomy in the way 2K treats its fans. When we are showering a game with praise, they’re full of Re-Tweets and declarations that we’re the best fans in the world. When there are criticisms and negative feedback, out comes the sneering, dismissive scorn. Whether it’s their approach to Virtual Currency, or their response to feedback they don’t like, their success and market share has given them a strong sense of comfort and security. As long as they have the best product on the market – and especially when they have the only product on the market – they can get away with gouging gamers and moments of childish unprofessionalism.

There are obviously lots of great things about NBA 2K17, and the franchise in general. Personally, I feel that in most aspects, NBA 2K17 is the strongest game of this generation, and a candidate for the best game in the series. It’s clear that the developers have listened to gamers in many aspects, with some of the changes and additions they’ve made to various modes. There are very talented people working at Visual Concepts who care very much about NBA 2K17, putting long hours and lots of hard work into making it the fantastic basketball video game that it is. I don’t want to take anything away from their efforts, nor the positive aspects of the game.

In fact, given the consistent quality of NBA 2K over the years, you can even forgive a little bit of the cockiness when it comes to criticism…sort of. However, the situation with Virtual Currency is really starting to become a problem, and I have my concerns that it’s only going to get worse. As long as NBA 2K remains the dominant brand in basketball gaming with some of the best sales numbers in the history of the genre, being stingy with the Virtual Currency and encouraging microtransactions isn’t going to drive away gamers in droves. It’s going to take a big comeback from NBA Live, or a massive revolt from the fanbase, to turn the problem back on Visual Concepts.

Since NBA Live still has a long road ahead of it, and a revolt is highly unlikely, I hope that it doesn’t have come to that, and that a change can happen much sooner. I hope that Visual Concepts will listen to the very vocal dissatisfaction with the handling of Virtual Currency in NBA 2K17, and make some changes accordingly. Bigger rewards, monthly boosts through unlimited Locker Codes, returning gamer bonuses, and better value on items…these are all things that would show a lot more goodwill towards the fanbase. It’ll also mean a more fun experience, with less grinding and frustration in MyCAREER, MyPARK, and 2K Pro-Am.

When it comes to all the talk of us being great fans and a community that’s being listened to, on this particular issue, it’s time for 2K to put their Virtual Currency where their mouth is. We need to see more goodwill, and less grinding and gouging.