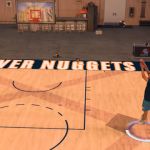 A few months back, I discussed the pros and cons of the Pro Stick and Shoot Button in NBA 2K, and my preference for using the button. Since the changes to the shooting mechanics in NBA 2K17 had just been announced, I noted that I’d be open to changing my approach, depending on the precision that was required when using the Pro Stick, and whether or not it offered a noticeable advantage. I also mentioned that I was more inclined to use the Pro Stick for shots in the paint, because of the ability to perform floaters and other elusive shots on cue, as well as have more control over dunk and layup animations.

NBA 2K17 has been out for about five months now, and has received eleven official patches, as well as several tuning updates. With all the gameplay tweaks, and having tried out more than a couple of different jumpshot animations for my MyPLAYER, there have been plenty of variables as I’ve experimented with both methods of shooting the basketball. I expect to be playing NBA 2K17 for several months yet, so the experiment is ongoing. As I look ahead to future NBA 2K releases, I must admit that my mind isn’t completely made up about which method I favour, and the direction that the controls and shooting mechanics should take.

Truth be told, I have found myself falling back into old habits. More often than not, I’m still using the Shoot Button for jumpshots and the Pro Stick for shots in the paint. Maybe I’m holding the controller at an odd angle and it’s affecting my aim, but I often veer a little too far to the left or right when I try to pull straight down on the stick. I seem to have better aim when I push up on the stick, and I do like attempting bank shots from midrange, so that is something that I’ll do from time to time. However, I generally find myself trusting the button a lot more, especially online in 2K Pro-Am.

Oddly, I’ll often use the Pro Stick when shooting around in our team arena, and find that it works out pretty well for me there. When it comes to the actual games however, I feel far more confident using the button, though I will definitely try out the stick for jumpshots from time to time. It’s probably fair to say that input lag is a factor here. Shooting around in the team arena is pretty much as smooth as playing offline, which is probably why the stick feels safer there than it does during online gameplay. Since the Pro Stick is also used for dribbling moves, that probably also throws my timing off a little when I’m playing online.

With that being said, I actually greatly prefer the Pro Stick when it comes to shooting free throws. The free throw mechanics in NBA 2K17 might actually be my all-time favourite method of shooting foul shots, and if you’ve read any of my previous articles where I’ve talked about how much I love the old T-Meter, you know what a big statement that is for me to make. However, I definitely believe it’s one of the most intuitive approaches we’ve had yet, utilising the regular shooting mechanics and giving us control over the aim of the free throw attempt. It’s actually what NBA Elite 11 was going for, only NBA 2K17 has done it much, much better.

I also still find myself using the Pro Stick on dunks and layups. Although the animation selection does leave something to be desired at times – especially in 2K Pro-Am, where chase-down blocks are more prevalent than they probably should be – I like being able to select whether I dunk with my left or right hand, in order to try and keep the ball out of reach of the defender. It’s also great to be able to cue up a flashy dunk, or choose to use two hands for safety (as Clark Kellogg might be inclined to say). I definitely like being able to perform elusive layups to the left or right, and put up floaters when I feel they would be the best option.

The new Shot Meter also bears mentioning here. I actually like the new approach well enough, though it seems as though slightly early or slightly late releases have a worse chance of going in than very early or very late releases, at least when using the Shoot Button. Something just feels a bit off there, and it’s something that one of the official patches or a tuning update should’ve addressed. I suppose it’s an example of how the Pro Stick might be a better option, since it offers more control over the aim as well as the timing, but as I said, the Shoot Button just feels a little bit safer online. In MyCAREER and single player games in general, it’s not really an issue. I still have mixed feelings about having the Shot Meter on layups, and I’m not sure if that’s the right move for NBA 2K moving forward. On one hand, the extra level of control over the shot’s success strikes me as a logical idea, with good, bad, and perfect releases offering clear feedback on the quality of the attempt. On the other hand, it seems as though too many relatively easy layups are missed, especially in 2K Pro-Am. Layups shouldn’t be automatic baskets, of course, but now they carry the same frustration as jumpshots that miss despite being good looks and relatively well-timed releases.

As for the method I’ll use for jumpshots, I’ll have to keep experimenting over the next few months, as it seems quite likely that NBA 2K will continue to use similar mechanics in the future. It’s certainly important that there is consistency in the controls from year to year; when good mechanics are implemented, they shouldn’t be followed up with major overhauls, but rather tweaks that are geared towards optimisation. Moving forward, I’d also suggest that it’s vital that NBA 2K retains two methods of shooting the basketball, while ensuring that both are viable options.

Ultimately, this is a debate that should come down to personal preference, and whatever works best for each individual user. Both methods have their merits, and there’s also value in using a mixture of the two, depending on the situation. I’m not sure that I’ll ever come to prefer the Pro Stick for shooting, nor rely on the Shoot Button exclusively for that matter. As far as I’m concerned, I’m happy to have both methods in the game, and to keep experimenting with them both from shot to shot.

Neither one is a advantage or disadvantage for me. I still manage to shoot bricks or airballs, with the button or stick. Maybe the settings or sliders have something to do with it. I just think more shots should fall more regularly, than they do.

The tweaked contested logic definitely hurts, especially online (where sliders also can’t help at all). My main complaint apart from that, regardless of method, is the issue with the Shot Meter that I described in the article.

I use stick for anything 20’+ and generally use the button for mid range. The extra bonus helps on limitless range bombs. The key is just knowing your jumper. Also I’ve noticed that the ball goes in more on shot stick filled short compared to button filled short. If you’re early on the button, its 50/50 if its going in while the stick still maintains a bonus for direction even if you’re short on the meter and has better odds of going in. Hmu AL_BUNDY_813 Sharpshooting PG 95ovr AS2