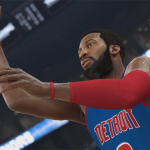 Welcome to a new year of columns and other original content here at the NLSC! There should be plenty to talk about when it comes to basketball video games in 2017 as we continue to play NBA 2K17, await the release of NBA Live 17, and dust off old favourites from time to time. Whether it’s sharing advice or tales of our basketball gaming experiences, discussing ideas for upcoming releases, or critiquing certain aspects of the games, there should be no shortage of topics of conversation in our community and elsewhere.

I’d like to tip things off this year by talking a little about one of those topics: critiquing basketball video games. As consumers who want to get value for our money and the most enjoyment possible out of basketball games, we do need to be able to look at them with a critical eye to identify issues that we want to see fixed, and aspects that we’d like to see improvement in. However, I also think that we should always try to improve the way that we critique basketball games, so that we can make the most of the contact we have with the developers at EA Sports and Visual Concepts. Of course, I’d like to see professional reviews improve as well.

I’ve talked about the importance of constructive criticism in a previous column, in which I attempted to explain what it means. In short, it doesn’t mean sucking up, or refraining from giving an honest opinion if it isn’t positive, but it does mean avoiding long-winded rants, or throwing out ten snarky insults for every one useful piece of feedback. Snark can be amusing when it’s used well, and it’s tempting to break it out whenever we feel particularly dissatisfied with something, but it can also be very childish and off-putting. After a while, it begins to undermine any worthwhile critique, as it looks like we’re more interested in being insulting than fairly critical. Needless to say, a passionate fanbase does need to let off steam from time to time, and it’s no different when it comes to basketball gaming. I certainly can’t sit here and pretend that I’ve never been at least a little snide in Forum posts, or on Twitter, or during an episode of the NLSC Podcast. There comes a time when frustration, disappointment, and dissatisfaction boils over, and you can’t help but vent a little. However, I feel that it’s important that once we’ve blown off that steam, we can constructively and comprehensively critique basketball games, explaining what it is that’s wrong with them, and how we want to see them improve.

I do feel it’s a much bigger problem when professional reviews and opinion pieces by gaming journalists resort to being overly snarky. I get that it’s being done to appeal to an audience that does enjoy caustic criticism, and that in many cases, it’s probably a genuine response to a disappointing game. At the same time, it’s disheartening to see reviews that seemingly spend more time flat out bashing a game than explaining mechanics and features, and the reasons why the reviewer doesn’t like them. Sometimes, it seems certain reviewers are aiming to be known as the person who “destroyed” a game, rather than offering a thoughtful critique of it.

It’s a problem that affects video game reviews in general. A good review should explain the ins and outs of a game, while also offering up the reviewer’s personal take. I believe this is what most people actually mean when they talk about “unbiased reviews”. Reviews are always going to include personal opinions, but it’s more a case of not allowing any bias to stand in the way of giving a fair review. Reviews should also describe games in detail, while explaining why the reviewer doesn’t like certain elements. After all, what one person dislikes may actually be someone else’s preference, so simply saying “the controls are horrible” isn’t very informative.

The importance of having a strong knowledge of basketball and basketball video games, as well as familiarity with other recent releases, can’t be understated here. It’s frustrating to constantly see reviews that contribute to a game’s Metacritic score fail to mention key features, notable problems or improvements, and unresolved legacy issues. It’s vital that all those factors are taken into account in order to score the game appropriately, and properly inform gamers of what they can expect, especially with annual releases. Once again, an overuse of snark can be a hindrance here, as is an egotistical desire to ruin a game, or wield power and influence in the industry. Now, you may ask why this all matters. After all, at the end of the day, an insubstantial review or shaky gaming journalism doesn’t have to stand in the way of our fun and enjoyment, and good feedback is obviously still out there. However, I’d still like to see standards raised and the quality of basketball gaming coverage improve, for the sake of gamers and developers alike. Unfortunately, things probably aren’t going to change very much as far as professional reviews are concerned. That’s why I feel that we need to step in to look out for each other, and the games that we’re so passionate about.

Because we’re so passionate and knowledgeable about basketball video games, we should be able to discuss, describe, and dissect them in great detail. Simply saying “it’s terrible” or “it sucks”, or ranting at length about the developers’ supposed lack of intelligence or dedication, doesn’t help gamers looking for answers, or developers seeking feedback. We know these games, and the experience that we want out of them. We need to be able to put our praise, criticism, and any other feedback into words which demonstrate that we know what we’re talking about, and that we have the ability to discuss the issues in a mature and productive manner.

There are times we need to put aside the snark and the buzzwords (and for that matter, the snarky buzzwords). If we think something in a basketball game is bad, we should be describing how and why we think that, rather than just coming up with the most insulting way of saying that it sucks.  If we want the games to be better, we need to be able to explain what better means, what kind of improvements we want to see. If reviewers can’t or won’t do a basketball game justice and properly describe all the ins and outs, we need to pick up the slack and keep each other informed, and let the developers know where the games are actually succeeding or coming up short.

It’s easier said than done, of course. Snarky, caustic critique entertains people who agree, and riles up those who don’t. Measured reactions and balanced opinions don’t grab attention, and they can come across as being less fun, or taking things too seriously. Nevertheless, I believe we need that. As I said, there’s a time and a place to vent and rage, and acidic commentary can be cathartic, so I’m not suggesting that we completely abstain from it. We just need to know when to let it go, so that we can roll up our sleeves and be more constructive. It’s the difference between coming across as a bunch of bitter, unpleasable whiners, and proving ourselves to be a passionate, knowledgeable fanbase.