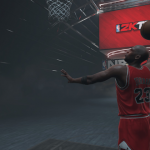 As a gamer, I tend to stick with the genres and video game series that I’m interested in, and familiar with. I don’t buy a lot of brand new releases every year, so my gaming rotation is usually comprised of the latest version of NBA Live and NBA 2K, the latest WWE game, a favourite that may be at least a few years old, and the occasional big release if it’s one that I’m interested in (such as Grand Theft Auto V, a couple of years back). If I happen to pick up something cheap in a Steam/Green Man Gaming/GOG sale, it’ll probably work its way into the rotation at some point, too.

To that end, 2015 has actually been a bigger year than normal for me, in terms of gaming purchases. In addition to NBA Live 16, NBA 2K16, and WWE 2K16 – the series I pick up annually – there’s also been Mortal Kombat X and Fallout 4. On top of that, I picked up the PC version of Grand Theft Auto V, to give me something else to play on my new gaming rig. While MK X came out earlier this year, everything else was released (or in the case of GTA V PC, picked up) around the same time. The result is a handful of AAA games that you can potentially spend a lot of time with, all vying for time in my gaming rotation.

First world problems, right? I’m not complaining about it though, just stating a fact: I’m spoiled for choice at the moment. I’m obviously going to be spending time with the basketball games, given that I’m running a website dedicated to basketball gaming and am passionate about them, but beyond that, how do I fit everything in alongside producing content for the NLSC, working a day job, and socialising? Well, I do have a system…sort of…

As I mentioned in last week’s Podcast, I’m playing a lot of Fallout 4 right now. It’s a game that I’ve been waiting years for, it’s the newest release in my collection, and it’s hooked me as I knew it would. Much like Fallout 3 and Fallout: New Vegas before it, I find myself making a promise of “just one more quest”, and promptly breaking it. That’s obviously a sign that I’m really enjoying the game, which certainly isn’t a bad thing. It’s how I felt about my NBA Live 06 Dynasty, and MyCAREER in NBA 2K13. If you’re having trouble putting a game down, then it’s delivering the kind of experience you’re after. Of course, that makes it harder to build up my Ultimate Team in NBA Live 16. It leaves less time to get stuck into a MyLEAGUE game in NBA 2K16, or see a bit more of MyCAREER. It takes up free time that I’d like to use to finish up some of our 20th Anniversary of NBA Live content, since that also involves going back and playing the games. It means that there’s still stuff I want to unlock and play through in WWE 2K16. It ensures that I don’t progress any further through GTA V’s story, which I actually haven’t played in a couple of years.

That’s OK, though. I’ll still get in some basketball gaming here and there, and I’ll probably really binge come the holidays. With a game like Fallout 4, I’ll basically play it until I get stuck, or hit a slow point in the story and feel like taking a break, then change it up. It might be some time before that happens with Fallout 4, but I expect the NBA season will get me in the mood to play some virtual basketball in between traipsing The Commonwealth. When I want to take a break from that, that’s when I’ll pick up WWE 2K16, or even go back to Mortal Kombat X. Fallout 3 and New Vegas were in the rotation up until recently, but with 4’s release, they’ve naturally been shelved for now.

As for Grand Theft Auto V, it’s a game that I spent a reasonable amount of time with when I picked it up on Xbox 360 back in September of 2013, but I haven’t really played it since. That isn’t because I think it’s a bad game or anything; quite the opposite. It’s just kind of how I play the GTA series. I’ll play a new GTA game a lot upon picking it up, get stuck or hit a frustrating mission, then set it aside for a while, sometimes for months or even years. I’ll always come back to it eventually, though. It took me four years to finish GTA III, because I was playing it on and off. In fact, Liberty City Stories is the only game in the GTA series that I’ve finished quickly, as I really got hooked on it for some reason. It’s still one of my favourites in the series.

When it comes to my basketball gaming habits, I go through similar lulls and peaks of interest, at least until I get a season or career going that I’m really invested in. The length of the NBA season, both in-game and in real life, probably has something to do with that. While I do play NBA Live and NBA 2K all year round in some capacity, I find my enthusiasm peaks at different points, generally the release date, the beginning of the regular season, the All-Star break, and the Playoffs. And of course, if I watch a particularly exciting game, that sometimes inspires me to get on the sticks and hit the virtual hardwood. At the end of the day, it’s a good “problem” to have: a handful of games that can hold your interest and you want to spend a lot of time playing, each for their own reasons. My Fallout 4 addiction probably isn’t going away anytime soon, but I expect I’ll find time for the other titles I’m playing right now, in particular NBA Live 16 and NBA 2K16. At least Rise of the Tomb Raider isn’t coming to PC for a few months yet. That gives me a bit of time to play through the current gaming rotation, to the point where I’ll probably be able to set a couple of them aside for a little while.

Or, you know, maybe I’ll just fire up ScummVM and play Day of the Tentacle, ahead of the special edition coming out next year. Seems like the logical thing to do.

Nice article! 🙂 Before I’ve started to read it I thought that it will be dedicated to logic and mechanism in-games (Live and 2K) players’ rotations. 🙂
I buy a bit of games every year to play through a season too: one and a half NBA, NHL, PES/FIFA (for alternate years), FM as a free copy for game researches as well as some beloved games like Assassin’s or Wii U titles on dumped prices and some ‘free’ through Games with Gold / EA Acces services. There is all. 😉
Do you fortunately have forgotten to mention a time-kill like watching real NBA games?

My use of the word “rotation” certainly can be misleading, given the games we cover. If I talk about that stuff, I’ll definitely label it a bit more clearly, with specific mention of lineups and NBA Live/NBA 2K. 😉

As I said, if I watch an exciting game on League Pass it’ll encourage me to jump on the sticks, so I do definitely make time to watch the real NBA, as well as other TV shows.