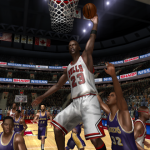 In my first Friday Five of 2016, I mentioned that one of the things I wanted to do this year was get back into modding (or patching, to use the term that was originally popular in our community). While I’ve shifted towards creating other types of content in recent years, the lure of modding as a creative outlet can be relatively strong at times. As I said in the Five, I don’t think I’ll ever be as prolific as I once was, or sometimes wish that I could be, but I’d like to try and get a little more involved with modding once again.

Of course, there are several reasons that I’ve stepped away from modding in recent years. They’re the same reasons that most modders come and go as the years pass in our community, though since I’m running the NLSC and have found other content that I enjoy producing, I’m obviously still around. With my intention of getting back into modding every now and again, I wanted to talk a little about some of those reasons why modders stop modding. Aside from answering a few questions about why I’m not making roster updates anymore, I’m hoping that it can facilitate a little more understanding in the community, and make the modding scene a friendlier place.

So…why do modders call it quits?

First of all, everyone gets older, and grows up. I don’t mean that in a condescending or pretentious way; I’m not suggesting that modding is a childish activity that grown adults shouldn’t be doing. It’s a creative hobby and I’m all for anyone giving it a try, no matter what their age. What I mean is, as you get older, your responsibilities change, and you generally don’t have the free time you once did. You may still like the idea of creating mods and patches, but with less leisure time to ration out between your hobbies, and more responsibilities to take care of, you have to prioritise. Taking time out for modding isn’t always feasible, once you get older, work full time, start a family, and so on. I don’t have a family myself, but I am a self-employed sole trader (or freelancer, if you prefer). While I still love running the NLSC and hope to maintain it for some time yet, I have to fit my work on the site in with the work that’s actually paying my bills, and not the other way around. On top of that, since I work in IT, there are times when I just need to take a break from computers, or use them for something less constructive, such as watching TV and videos, or, you know, actually just playing video games. As I said, as you get older you often just don’t have the time, or indeed sufficient energy and drive, to get heavily involved in modding.

Secondly, since modding is a hobby that can be very time consuming, it’s easy to get burned out on it. This tends to happen a lot faster if you’re involved with larger projects, such as roster updates and total conversion mods. It does get to a point where modding isn’t fun anymore, because it feels more like an obligation and a chore than an enjoyable creative outlet. If you’ve been active in the modding community for a few years, chances are you’ll want to take a break – or call it a day – once you’re a bit over the hobby.

To that end, I have some advice for modders and mod users alike. I do suggest that modders take breaks to recharge their batteries when they start feeling burned out. You should always be modding because you enjoy doing it, not because you feel you must. For people who are downloading mods, please keep in mind that modders are people with their own lives, and that modding is something they do free of charge in their spare time. Nothing accelerates burnout like being pestered about releasing work, so a bit of patience and consideration goes a long way.

Even if you don’t stop modding entirely, you might move on from modding a particular game. Not that long ago, I received an email from someone asking me if I’d make a new roster update for NBA Live 07. Now, I don’t want to be mean or snarky here, as the email was polite and respectful. There’s also no harm in asking, either. However, the person insisted that “lots of people” were waiting for me to release a new roster, and that’s simply not true. Not a lot of people are playing NBA Live 07 anymore, and it’s difficult to justify the amount of time and effort that goes into creating something that few people are still interested in. When the interest wanes and everyone in the community (for the most part) moves on from a game, so do most modders. I’m all for sticking with an old favourite, but if you’re playing an old game, that’s something you need to keep in mind. While most people are fairly understanding of the situation despite being disappointed, there are others who seem to believe that their desire to have mods made for them outweighs the lack of general demand, not to mention interest and free time on the part of the modders themselves. When modders can no longer justify spending the time and effort on a game, they’ll move on…especially if their time is limited to begin with.

Unfortunately, negative experiences and interactions within the community can also cause modders to lose interest in the hobby. Because we’ve had so many talented and creative people come through the community, the bar has been set fairly high as far as mod quality is concerned. This isn’t a bad thing on the surface, as it encourages everyone to do their best, but sometimes the reactions to releases from modders just starting out is not always encouraging, or constructive. It’s a shame, because we have seen potentially talented and prolific modders discouraged because of rudeness and abuse that we weren’t able to catch in time. I don’t want us to be that kind of community, whether someone’s making mods, sliders, or just talking about the games. Feedback should always be constructive, discussion should always be civil.

On the flip side, you have modders who stop modding because they’ve quit in a huff. I’ve discussed problems with ego in the modding community in a previous edition of Monday Tip-Off, and sadly it does result in some people taking their ball and going home. While burnout and rude feedback can obviously lead to modders calling it quits in frustration, in this case I’m talking about people who stop modding in an effort to get attention, or spite the community. They’ll often publicly quit and return several times, for the ego boost of being missed and then welcomed back enthusiastically. This isn’t the way to treat the community, and a poor way for a modder to hang it up.

Again, modding is something you should do because you enjoy tinkering with games, and want to share the results with your fellow gamers. There will come a time when you need to withdraw from the hobby a bit, or even completely. If you’re starting to feel burned out, it’s definitely time to take a break, or stop altogether if you feel it’s time to move on. Having said that, if circumstances change and you feel like making a comeback, even for a little while, then by all means break out the tools and start messing around with the games once more.

Thanks! Felt it was an important matter to discuss.

Definitely an important matter to discuss!

Excellent read, especially for those that have been modding for a long time (talking about years). People (Users/Downloaders) don’t seem to realize that a person changes over the years. Their personality, reponsibilities, perspective, etc. all change. The username may not change and that leads to downloaders that the modders are the same person from when they first started, that’s clearly not the case.

Having been modding for a few years now, taking only a 9-month long break back in 2014 due to a motherboard malfunction and general disinterest as we were all ready to move from NBA 2K14 to 2K15 (something we were all annually ready for, but hit with a surprise when the game changed requirements). I remembered simply how fun it was to share my work with others. People who were unaware of modding kept asking me “Why does your NBA 2K look so different, it’s looks a lot better and has updated looks” when they don’t realize that WE (the modding community) are the ones that update the game. These people just think we download, especially when we can’t say that we individually did not make the specific mod we are using.

But that’s the fun about sharing. Seeing our work used by others, allowing them to see us using their work, it’s a partnership. It’s the tiny words in our head saying “I’m the one who made that” without having to publicly announce or brag about it is definitely enough for us modders that do not do this for “fame”, but the genuine desire to share ALL of our quality work without keeping anything to ourselves. Once modders who have left, remember that feeling of relief (it is kind of the actual feeling) when you see other people using what you just made a few hours ago, they’re sure to come back.

Thanks, glad you enjoyed it, and appreciate you sharing the article!

Sadly the lack of mods and a decent, virus free roster editor has sent me back to Playstation. Me personally I’m more disappointed with the lack of tools rather than the lack of mods. I don’t trust reditor or Vlad and there really isn’t any other options.

REDitor’s virus warnings are false positives, but they are understandably a deterrent. The lack of tools isn’t for a lack of trying, though. Unfortunately, the structure of the roster files is very difficult to work with, though gregkwaste is making progress on some workarounds. He’s also done some exceptional work with the Explorer and 3D editing tools.