Monday Tip-Off: Why We Don’t Charge For Mods 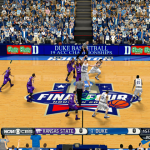 I’ve said it before, and I’ll say it again. We have a good thing going here at the NLSC, especially when it comes to our modding community. Although the changes to the file formats beginning with NBA 2K15 PC have presented some challenges, our community remains dedicated to creating some outstanding mods. Fantastic work is also being done to keep old favourites up to date, and breathe new life into the retro basketball gaming experience. We can be proud of the work we do here.

Of course, every hobby or “scene” has its issues, and modding is no different. I’ve written about some of those issues in previous Monday Tip-Off and Friday Five articles, because I do want to see our community continue to get better and better. With the release of NBA 2K17 and a brand new season of modding looming on the horizon, I thought that I’d dive deeper into the reasons behind some of the rules and procedures in our modding community. This week, I’d like to discuss an issue that came up just the other day, which I realised we’ve never really explained in detail: why we don’t charge for mods.

There are a few reasons why we don’t (and won’t) allow charging for mods here at the NLSC, but I’ll start out with the one that isn’t subjective or open to debate. From a legal standpoint, it’s a bad idea that could land us in a lot of hot water. If we’re to charge for mods, we’re directly profiting off someone else’s intellectual property and/or likeness. That’s not going to sit well with the entities and individuals who own the rights to those trademarks, licenses, and likenesses, and we’re not going to be protected by the EULA or fair use if their lawyers start coming after us. To put it in perspective, we’ve been approached by people asking us to take down their copyrighted photos and other content that some of our members have posted in the Forum, a request that we must comply with (and always have, as soon as we possibly can). If money was to start changing hands for mods, we could find ourselves in much deeper trouble. Our hosting agreement obviously requires us to comply with the law, so we could be shut down, among other serious consequences. As you can imagine, I’m not exactly keen to put myself or the NLSC in that position, so for legal reasons, we’re not budging on this policy.

It goes beyond any potential legal problems, however. Since the NLSC was founded twenty years ago, the philosophy of the community has been to make mods readily available, free of charge. As I’ve said in my previous articles about modding, it’s something that we do in our free time, primarily because we love the games, enjoy the creativity of the hobby, and want to share our work with others. Even if there weren’t any potential legal issues, charging for mods would likely keep them out of a lot of people’s hands. Modding is about improving the games for ourselves and our fellow gamers, not making money. Besides, not everyone has that kind of disposable income.

That being said, we have decided in recent years that virtual “tip jars” are acceptable, as are advertising links. They’re allowed under the condition that all donations are completely voluntary, people aren’t pestered or bullied into making a contribution, and that mods aren’t held back from release until a certain goal is reached (in essence, charging for them without explicitly doing so). We’ve also allowed Vlad to charge for REDitor and RED MC, in lieu of raising funds to contract him for his development work. Because of our philosophy of making mods and resources available free of charge, and potential legal issues, we’ve been very careful about making exceptions. Now, even if there weren’t any potential legal ramifications, and even if everyone was willing and able to pay for mods, there’s another reason why we’re not willing to go down that road. There’s the issue of market value, and regulating prices. Would everyone just set their own prices and compete with one another in terms of offering the best value, or would there be standard fees? How would all the transactions be handled? What about tax laws? What role would the NLSC have to play, and would we get some kind of compensation for maintaining the service? How much responsibility would we have to take in the event that something went wrong?

And believe me, there would be times when things go very wrong. Perhaps someone doesn’t create a mod that’s been commissioned as quickly as the recipient – now explicitly a customer or client – would like. Perhaps someone decides that the mods they’ve received aren’t worth the fees they were charged. Sometimes it would be the end user who’s being difficult and at fault; other times, an unscrupulous modder might be trying to scam people with false promises and deliberately shoddy work. We’d no doubt end up having to mediate these heated disputes, and everything would get very, very messy. To be blunt, I don’t want any part of that.

Once again, the fact that charging for mods could land us in a lot of trouble from a legal standpoint is the overriding factor in all of this. Beyond that, as we’ve continued to build this community over the past couple of decades, we’ve also decided upon certain philosophies and ethics when it comes to modding. I believe that it’s resulted in an approach that ultimately keeps the hobby’s best interests at heart. On one hand, that’s kind of a moot point given the potential legal ramifications, but the fact remains that even if there weren’t the issues of trademarks and likeness rights, a lot of problems would arise out of mods costing money, and we don’t want those problems. If you’ve skimmed this article and are looking for a TL;DR summary, here it is. We don’t charge for mods in this community because legally, we can’t. Even if that wasn’t an issue, the prevailing attitude is that it’s not the done thing, and it wouldn’t take long for things to get very messy if it was allowed. At the end of the day, we don’t want the legal troubles, and we don’t want the headache of dealing with the inevitable problems and bickering. To ensure that our modding community can keep doing what it’s been doing for years to come, this is one rule in particular that we have to be firm about.

My hope is that through this article, and a couple of other articles that I have planned, I can clear up any questions about our modding community, while providing a reference to link to whenever those questions may arise in the future. If you do have questions about the rules and policies of our modding community, or if there’s a particular issue that you’d like me to cover in that regard, please let me know.

Just a quick question, what is the mod in the 2nd picture (if it even is a mod) 😀