Monday Tip-Off: You’ve Said That Already, We Get It 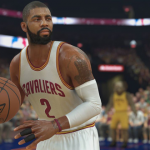 I have a revelation that’ll probably make a lot of music fans in our community chuckle. My favourite band is the Barenaked Ladies. What can I say? I was a teenager in the late 90s, “One Week” was a hit, and to this day, I like the stuff they’re putting out. Anyway, on the same album as “One Week” was another song that charted: “It’s All Been Done“. The lyrics deconstruct and critique clichéd romantic gestures, framed in the context of a relationship that spans across reincarnation (or possibly immortality), literally or metaphorically depending on your interpretation. Its conclusion is right there in the title: it’s all been done.

What’s the point I’m ham-fistedly trying to get at here? Well, when a community or fandom has been around for a while, long-time members are bound to suffer a touch of déjà vu when certain topics arise. The current NLSC Forum has been open since November 2002, so naturally there are going to be some recurring topics. That’s to be expected, and to be fair, they’re often given a new spin. Unfortunately, some of us do get carried away when it comes to certain subjects, and if we’ve been around for a while, chances are other people have grown weary of our beating the same drum over and over again. To borrow BnL’s lyrics, it’s all been done – or rather, said – before.

Many jokes have been made about the ability for everyone to openly and freely share their opinions online being both the best and worst aspect of the Internet. Much has been said about the way our interactions become far less polite when we’re behind a keyboard, and there have even been academic studies on it. It’s not just a matter of boorishly attacking and threatening one another, though. There are a lot of ways we lose our manners when we talk to one another online, and it often ends up getting in the way of what should be an interesting and engaging conversation. When it comes to basketball video games, we all have our own expectations and preferences. As such, we all have our own issues with the games that we’re more concerned about than others. They’re the things that we want to see fixed, and they’re probably what we’re going to be most interested in talking about, especially if we’re particularly annoyed by a certain issue. There’s nothing wrong with that, but when we do get carried away, we can often turn into tremendous bores about those topics, becoming what TV Tropes has defined as a “Single-Issue Wonk“.

For those of you who’d rather not go on a Wiki Walk right now, the term refers to a person who becomes incredibly obsessive when a certain topic comes up; indeed, they’ll often raise it themselves. While such passion and enthusiasm generally should be encouraged as it leads to some great discussion, it can also completely derail conversations and become extremely annoying when someone seemingly cannot talk about anything else. Even if they do talk about other topics, every time this particular topic comes up, their posts will leave everyone else rolling their eyes and saying “Yes, we get it. You’ve said that umpteen times now.”

This is actually something that I’ve tried be more mindful of in recent times. In addition to participating in discussions in the NLSC Forum, I’m writing two or three articles for the site per week, as well as recording our weekly podcast. There’s obviously going to be some repetition and revisiting of topics, especially when there are ongoing issues. At the same time, I’d rather not harp on the same subjects ad nauseam, especially when I can’t offer any new perspectives or ideas and I’ve already spoken about it at length. An example of this would be my take on the story-driven, cutscene-heavy approach to MyCAREER. I’ve stated my position and criticised the approach on many occasions in the Forum, in articles, and on the NLSC Podcast. I stand by my opinion, but I also don’t want to sound like a broken record. Therefore, when the topic does come up, I prefer to offer a succinct summary of my position, and only go into further detail if I have a new point to make. There are times when, for the sake of your audience or other people in the conversation, the floor needs to open up to new topics, and past discussions must be allowed to speak for themselves.

Those discussions don’t have to be critical, either. Not too long ago, we had to show a Forum member the door because they insisted on starting discussions that all boiled down to the same topic they were obsessed with. When they weren’t doing that, they were steering other conversations towards it. While we want everyone to be able to talk about the topics that interest them in our Forum, it was getting to the stage where it was basically spamming, and simply annoying everyone. Ranting complaints tend to grow tiresome more quickly, but even positive opinions will quickly bore everyone if they’re forced upon everyone else, and into completely unrelated discussions.

Don’t get me wrong. I’m not suggesting that we should restrict the types of conversations we should have about basketball video games, nor am I saying that negative critique shouldn’t be allowed. The issue is forcing a topic you want to discuss into every conversation, no matter how unrelated it may be. It’s talking about the same thing over and over again, when you’ve already made your point and you have nothing new to add. In short, if you’re constantly ranting about the same issue that bugs you, don’t be surprised if people stop responding after a while, especially if you’ve sneered and snarled at anyone who has dared to disagree with you. Again, this isn’t an issue of censorship or freedom of speech; I don’t want to engage in the former, and I do believe in the latter. Rather, it’s a matter of “feeling the room”, and common social etiquette. It’s rude to try and dominate a conversation with topics that only interest you, and if a certain topic isn’t resonating with other people in the conversation, it’s generally a good idea to give it a rest, at least for the moment. Likewise, you wouldn’t (or at least, shouldn’t) force your way into every conversation at a party, and try to change the subject to something you want to talk about, especially if it’s the same thing you’ve been droning on about all night.

The same goes for the NLSC Forum, or any discussion board for that matter. By all means express your opinions and raise topics that interest you, but don’t force the issue once you’ve said your piece, or bring it up in every thread (especially those that aren’t even tangentially related to what you’re talking about). Also keep in mind that other gamers will have differing opinions, and that’s totally fine. When someone offers an alternate point of view or states a different preference, that’s not a demand that you share their opinion, nor denying you the right to yours. If you want to express an opinion without discussion or critique, perhaps start a journal.

As I said, it’s something that I’ve been trying to keep in mind, because we’re all guilty of getting a little carried away about the topics that we’re passionate about, whether our take is positive or negative. It can be frustrating when others don’t seem to share our enthusiasm or our outrage, but it’s also frustrating to have someone constantly harping on the same topics, and insisting on bringing them up in every conversation. If you’re finding that you’re seemingly talking to yourself when it comes to a certain topic, it’s probably time to find something else to talk about for a little while. When it’s all been done before, it’s time to find some new chords to play.