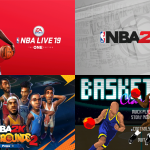 We’re at midcourt, and the ball is about to go up…it’s Monday Tip-Off! Start your week here at the NLSC with a feature that’s dedicated to opinions, commentary, and other fun stuff related to NBA Live, NBA 2K, and other basketball video games. This week, I’m tipping things off with a look back at the year that was 2018 in the NLSC community and basketball gaming.

For the last few years, I’ve used the Friday Five for an annual Year in Review column. With New Year’s Eve 2018 falling on a Monday, I decided to post a regular feature last Friday, and instead tip off a new week by wrapping up the outgoing year. It’s a little quirky I know, and not as well-timed as being able to tip-off a brand new annum on a Monday as January 1st 2018 allowed me to do, but that’s the way the calendar works. The first new NLSC feature of 2019 will therefore be this week’s Wayback Wednesday, and I think you’re really going to enjoy it!

Before we get there, however, we need to put a bow on 2018. Overall, I feel it was another solid year for the NLSC, our community, and basketball gaming in general. There’s room for improvement – both in the games that we play, and what we do here in our community – and I’m looking forward to championing those efforts as much as I can in 2019. It will be imperative that we continue to provide feedback to the folks developing basketball video games, support each other in our modding efforts, and avoid some of the toxicity that inevitably seeps into gaming communities. I do think we did an admirable job in 2018 however, so let’s reminisce.

First of all, I want to thank everyone who has continued to support the NLSC through Patreon or simply visiting the site and checking out our content throughout 2018. We are a non-profit site and all of our facilities are free, and I intend to keep it that way. Through a combination of donations, patrons on Patreon, and advertising revenue, we have been able to keep the lights on for another year with our dedicated hosting. I’m confident that we will be around for some time yet and I don’t like to pester you all for financial support, but if you are inclined to support our efforts monetarily, we’re still running our Patreon, GoFundMe, and a tip jar. All contributions gratefully received! 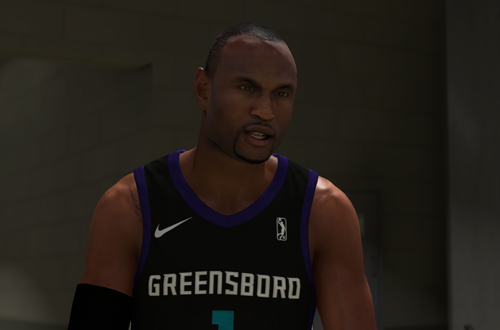 As I said though, simply visiting the NLSC on the regular and (hopefully) enjoying our content is a great way to support the site. I’ve felt a lot of creative satisfaction with our original content in 2018. I enjoyed telling a story that I’d kept under wraps since 2008, and covering a game in Wayback Wednesday that had been suggested by one of our most supportive fans. Speaking of Wayback Wednesday, it’s been fun to branch out into some other content beyond game retrospectives, especially when I’ve focused on specific aspects of various titles. Some other highlights include my series on retro teams suggestions, one or two controversial but important topics, and some fun ones.

That’s just a small selection of hand-picked articles. As always, I invite you to browse our archives, and catch up on any features that you’ve missed. One area of our original content that I wasn’t satisfied with this year was the NLSC Podcast. While I believe that we recorded some good shows this year, we ended up missing the most weeks since 2015. Scheduling and technical issues were sometimes afoot, but to be honest, a big reason for the lack of shows this year was burnout. As such, we decided to take a break over the holiday season and come back fresh in 2019. It’s our intention to have some great shows for you next year, hopefully with a few special guests.

Unfortunately, I’ve continued to drag my feet on finishing our 20th Anniversary of NBA Live content. Considering that next year marks the 25th Anniversary of the series, I may have to end up finishing it under a new title! However, I do still want to finish my series of retrospectives, and some other fun content as we celebrate both the history and revitalisation of NBA Live. Whether I continue to call it overtime for the 20th Anniversary, or consider it Part 2 and celebrate the 25th Anniversary, I do want to set aside some time to complete what I started. Worst case scenario, some of it may be featured in Wayback Wednesday throughout the year. 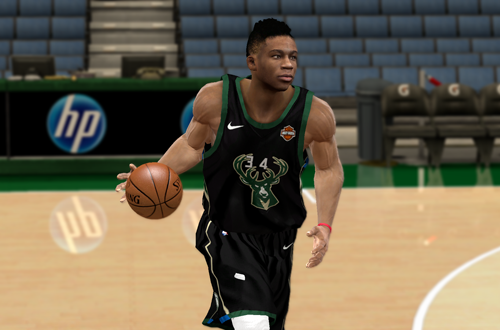 Our modding community did some fantastic work in 2018, which is no surprise. For the twenty-two years that we’ve been around, that’s been a constant. However, there are some concerns in our modding community as we enter 2019. A lot of people are focused on making money through ad links, and it’s making releases less accessible than they should be. There have been problems with ego and nastiness, and being less supportive of each other than we should be. We must be better on that front in 2019, for modders and mod users alike. Once again though, a lot of great work was released in 2018, and all of the contributions to our Downloads database are much appreciated.

On a personal note, while I wasn’t able to release as much work as I would’ve liked, I did find myself drawn back into modding in 2018. I had grand plans of releasing new roster updates for NBA Live 2005 through NBA Live 08, as well as NBA 2K11. My plans to release those mods for opening night fell through, and the season marches on, but I’m not pulling the plug on the projects as yet. I don’t want to set a firm date at this time, but getting into modding and releasing those updates is something I’m aiming to do as soon as I can in 2019. It all comes down to free time and juggling what I do for the NLSC with my actual job, but I will be making the best effort possible.

I guess that brings us to the games themselves, with the year beginning with the 2018 season titles, and now ending with the 2019 season releases. Reflecting on NBA Live 18 and NBA 2K18, I still feel the former was a big step in the right direction, while the latter was an unusual misstep. I personally spent quite a bit of time with both, but ended up playing NBA Live 18 a bit more as the year wore on. Conversely, I’ve spent more time with NBA 2K19 than I have NBA Live 19, and feel that it’s a noticeable improvement on last year’s release from 2K. NBA Live 19 also showed improvement, but the depth of the modes has made it difficult to stay hooked after a few months. 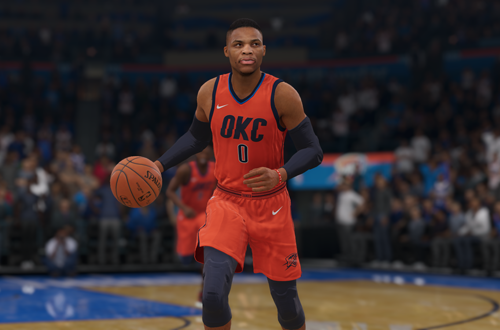 Looking to 2019 and beyond, it’s vital that NBA Live continues to add depth to its modes. I know, they’re looking for a new audience and new directions, but there are staples that any 5-on-5 sim-oriented basketball title needs to have. As for NBA 2K, the biggest issues facing the series are legacy issues and goodwill. Cleaning up some long-standing quirks and avoiding a greedy approach to recurrent revenue is the key to NBA 2K being as good as it can be, as it’s stumbled a little this generation on those fronts. There was some disappointment here and there with the two biggest names in basketball gaming in 2018, but also some very good things, and hope for the future.

Some other basketball games were released during 2018 as well. The sequel to NBA Playgrounds came out, albeit later than originally intended. It turned out that the delay was due to the game coming out under the 2K Sports umbrella, which benefited it in terms of including some Legends, but it’s also infected the fledgling arcade hoops series with microtransactions. NBA 2K Playgrounds 2 is solid and fun, though it’s still a far cry from the best arcade basketball gamers of yesteryear. I’d still like to see NBA Jam make a return, and I’m bewildered that EA Sports passed up all opportunities to both celebrate and cash-in on the series’ 25th Anniversary throughout 2018.

Meanwhile, Basketball Classics was a pleasant surprise, an outstanding retro-themed indie hoops title that is currently available via Steam Early Access. It was a pleasure interviewing Josh and Dave from Namo Gamo on the NLSC Podcast, as we not only talked about their game, but reminisced about the early days of the virtual hardwood, and the NBA that we grew up with. The game is already in great shape for an Early Access title, and should only get better with the features that the guys have planned for it. Also, the NLSC Pro-Am Squad is unlockable in the latest version, and it was really cool to see my avatar included in a basketball game by default! 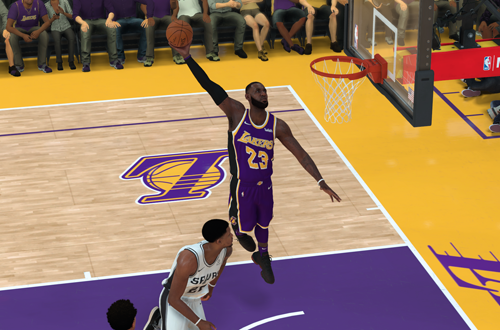 Seeing some of the toxicity that permeates other corners of the basketball gaming community has made me determined to ensure that moving forward, we remain a place that’s by basketball gamers, for basketball gamers, and an enjoyable place to spend time on the Internet. I’d like to see us get back to talking about the games with enthusiasm in the NLSC Forum; not just enjoying them and talking about how we’re enjoying them, but also identifying issues and passionately discussing how to make the games even better. Whether the topic is positive or negative, complimentary or critical, I’d like to see that enthusiasm and a high rate of Forum activity in 2019.

All in all, 2018 ended up being a reasonably good year for us, and for basketball gaming. There are things that can be improved upon, and we’ll certainly be doing our best as far as the ones that are within our control. I’m looking forward to creating new content and resources for basketball gamers in 2019. Not many fan sites have lasted as long as we have, and I take pride in our long heritage of covering basketball games. Thank you once again for your support throughout 2018; it is very much appreciated! Please stay safe during any New Year’s Eve celebrations, and join us tomorrow and beyond as we tip-off 2019 here at the NLSC.