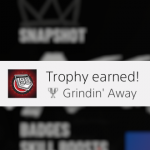 We’re at midcourt, and the ball is about to go up…it’s Monday Tip-Off! Start your week here at the NLSC with a feature that’s dedicated to opinions, commentary, and other fun stuff related to NBA Live, NBA 2K, and other basketball video games. This week, I’m tipping things off with my reflections on hitting 90 Overall in NBA 2K19’s MyCAREER, without spending any money on VC.

The Road to 99 in MyCAREER is a journey that can be incredibly tedious. It’s hardly a stunning revelation that this is by design, a method of encouraging gamers to pay for VC in order to skip the long grind. As much as I dislike the practice, my desire to play online with my friends in the NLSC’s 2K Pro-Am squad has seen me resort to buying VC in previous games in order to sufficiently boost my attributes on Day 1. I decided that after last year’s unashamed money grab, I would avoid buying any VC in NBA 2K19. Instead, I’d try to grind up my player the long way.

Between Christmas and New Year’s, I finally hit 90 Overall. Although it felt like a long road with a lot of grinding, it did actually happen a little quicker than I had first anticipated. Nevertheless, it was tremendously satisfying, and proof that it can be done within the first few months of owning the game (albeit with some good luck). As I consider how much further I’ll travel down the Road to 99, I thought that I’d reflect on the journey so far, as well as some of the strategies that I found useful along the way. If you’re still striving to hit 90 Overall or better and are determined not to spend any money on VC, hopefully I can offer up some encouragement and helpful pointers.

Out of the gate, I made the Road to 99 harder for myself through my initial contract negotiations. I chose not to continue using the player that I completed The Prelude with, which meant that I had lower offers. Furthermore, I gave up too much VC in order to negotiate a 2x MyPOINTS modifier. This drastically reduced my game-to-game earnings, and while it’s allowed me to hit Cap Breakers a little faster, my VC balance has grown considerably slower. While there’s value in a bigger MyPOINTS modifier, I’d advise aiming for the most VC you can get and not settling for the 500 VC I negotiated. Trust me: it makes the grind even tougher! 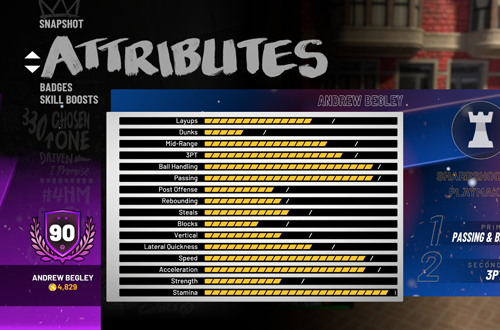 Fortunately, it became less of an issue once I started getting endorsements, as well as ample minutes to consistently do enough to get an A+ Teammate Grade. Once I was earning around 1500-2000 VC per game through a combination of the endorsement incentives, Teammate Grade, and salary, it was just a matter of playing the games (and if you do want to hit 90 Overall without paying for any shortcuts, you will need to play a lot of games). Along the way, the Daily Spin granted me some bonus VC here and there, as did the scheduled endorsement events. I also took to playing Daily Pick ‘Em and trying my hand at the trivia for more chances to earn VC.

Playing MyCAREER games when you’re rated in the 60s or 70s isn’t too bad. If you focus on the key attributes for your Archetype and sharpen your stick skills, it’s quite feasible to play much better than your Overall Rating would suggest. It is tougher online, especially as a point guard going up against players who are already faster and more adept at shooting, but if you play hard and don’t try to do anything your player isn’t yet capable of, you can contribute alongside better rated teammates. The boost from Badges and knowing your jumpshot animation are both a big help, so playing all of those games will be beneficial, even if there’s a long way to go with your attributes.

Interestingly, it felt like the journey sped up once I’d hit 75 Overall. Upon reflection, I’d say it’s because by that point in the season I’d become a starter (and thus playing enough minutes to earn extra VC each game), benefitted from increasing endorsement deals with some well-paying events, and been lucky a few times with the Daily Spin. As I was able to increase my attributes, it was also easier to shoot for the Daily Goals, such as making a set number of dunks or three-pointers, achieving a triple-double, and so on. Over the holidays, the Daily Goals jumped to 5000 VC and many of them were very attainable with my build, speeding up my progress immensely. 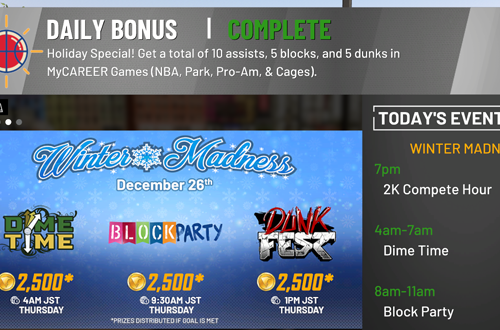 In fact, the Daily Goals helped me reach 90 Overall about forty games earlier than I’d projected, based off calculations I made when I was approaching the mid 80s about three quarters of the way through the first regular season. It just goes to show that if you’re willing to grind every possible way of earning VC, it’s quite feasible to hit 90 Overall within that first year, even if you accept a salary that’s much lower than ideal. It’s a grind, but at the same time, I didn’t mind so much. I’ve enjoyed MyCAREER a lot more in NBA 2K19 than I did in NBA 2K18, so even though I’ve felt impatient at times, the journey to 90 Overall has actually been fun to play through.

Right now, the question is how much further will I travel on the Road to 99? I’ll admit that part of me wants to shoot for 99 Overall. NBA 2K20 won’t be out for around nine months, so even if I miss the cut-off for having my username enshrined in the game, it would still be a personal achievement. I’m creeping up on the Cap Breaker to reach 91 Overall, but I’m not sure if I’ll stick with the mode long enough to unlock all the Cap Breakers for 99. I’d like to get some of the rewards that are offered at both 91 and 92 Overall, which is obviously more feasible. I feel quite accomplished having reached 90 Overall though, and would like to spend some time with other modes, too.

With that being said, I am enjoying having some VC to burn. Because my attributes are maxed out and the next Cap Breaker is still a ways off, I can finally spend some more VC on animations, as well as frivolities like accessories and clothing. I’ve made do with basic animations and clothes that I’ve won from the Daily Spin, but since I’ve built up a little VC and can’t yet spend it on any more attribute upgrades, I’ve gone ahead and bought some gear. Conserving your VC for attributes rather than clothing, and prioritising your key attributes over the other ratings, is an approach that I would definitely recommend for anyone still grinding. 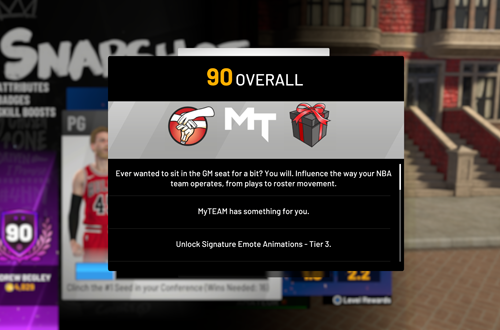 Hitting 90 Overall and getting close to maxing out all of my Badges has set me up with a player that’s well-equipped to play online, which was my goal in spending time with MyCAREER despite the burnout that I’ve previously discussed. It’s also freed me up to spend time with MyLEAGUE, MyTEAM, and for that matter, modes in NBA Live 19, over the course of the next few months. It feels great to have done it without spending money on VC; not only for shunning microtransactions, but also because the time and effort has left me with a real sense of accomplishment. More than any of my other MyCAREER games – outside of NBA 2K13 – I’ve earned my rating this year.

I certainly can’t begrudge anyone who buys VC for quick upgrades, or opts for the special edition for the extra VC that comes with it. I’ve done both before, and given that the pay-to-win mechanics set the competitive tone in the connected modes, it’s tempting to buy shortcuts. To be honest, there were a couple of times when I thought about it this year, especially as I got closer to 90 Overall and a final boost would only require one of the smaller VC bundles. I’m glad that I avoided the temptation, though. It’s been kinder on my disposable income, it was a fulfilling journey, and I stuck to a principle. It’s not 99, but a rating of 90 Overall still feels pretty good.