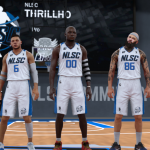 We’re at midcourt, and the ball is about to go up…it’s Monday Tip-Off! Start your week here at the NLSC with a feature that’s dedicated to opinions, commentary, and other fun stuff related to NBA Live, NBA 2K, and other basketball video games. This week, I’m tipping things off by tackling a controversial issue in NBA 2K: the use of AI Players in online modes.

I’ve covered several topics related to online modes in NBA 2K, from gatekeeping and elitism to forced grinding and a lack of matchmaking. One issue that I haven’t touched upon all that much is the use of AI Players in the online arena. As you know if you’ve played MyCAREER’s connected online modes, AI Players are utilised in one of two ways. Either they make up the numbers when there aren’t enough users to completely fill both squads, or they take the place of a user when they quit or foul out of a game so that everyone else can keep playing.

The use of AI Players in online team play modes is particularly controversial, though. It ties into the aforementioned issues of matchmaking and elitism, but there are some legitimate complaints regarding the practice. The presence of AI Players in the online modes runs contrary to their very concept, yet at the same time, it facilitates them. It’s an issue where it’s impossible to cater to two very different preferences, at least with the current options and mechanics. Moving forward, it’s an issue that NBA 2K will have to resolve, but in the meantime, let’s take a look at both the drawbacks and the benefits of AI Players in online modes, and why the matter evokes strong opinions.

As I noted, the appearance of AI Players in NBA 2K’s online modes isn’t ideal from a conceptual standpoint. Online team play modes are a multiplayer experience, with the purpose of running 2v2, 3v3, and 5v5 games where every player is controlled by a user. AI Players defeat that purpose, introducing an element of single player offline gameplay to online modes. This disrupts the competitive balance, as AI Players tend to either make cheap and cheesy plays – particularly the infamous psychic steals – or be utterly useless, failing to rotate on defense or make smart decisions. In other words, they exhibit the best and worst aspects of AI teammates in offline gameplay. 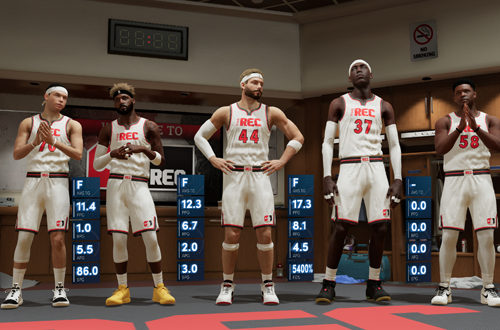 With that in mind, it’s understandable that many online gamers don’t want AI Players sullying the experience. At the same time, they do play an important role in making those modes viable. It isn’t always possible to get full squads, especially with the way some gamers are inclined to duck out of games if they don’t like the look of their prospective teammates. In previous games, they’ve allowed six users to play a 5v5 match. When someone ragequits or fouls out, the remaining players aren’t forced to forfeit and lose their VC and Badge Progress, or a chance to win. There are definitely problems with a strict approach to user numbers which are alleviated by AI Players.

Still, ideally there’d be no need for AI Players in the online team play modes, as they absolutely can and do get in the way. To that end, I think there’s a misunderstanding as to why some people aren’t opposed to them. There seems to be a belief from those who are staunchly against the practice that other gamers want them because they feel it would improve the experience. The only reason anyone wants AI Players in online modes is as a failsafe. Again, using AI Players to replace users who leave allows a game to continue uninterrupted. Likewise, proponents of AI Players are open to them being a fallback for regions where the smaller userbase makes finding games difficult.

Unfortunately, the online scene in NBA 2K has been fostering a very toxic and elitist mindset for years now. As such, the moment the concept of AI Players in the online modes is raised, there’s immediate pushback. “Go play MyCAREER if you want to play with bots!” is one common refrain, which again, misses the point. When an AI opponent was added to Rookieville in Patch 1.10 for NBA 2K21 Next Gen, the idea was mocked in the announcement thread on Twitter. This ignored that a) it wouldn’t affect regular Park play, b) it was a viable solution to a problem that Rookieville created, and c) it was an optional failsafe for when there aren’t enough users online. 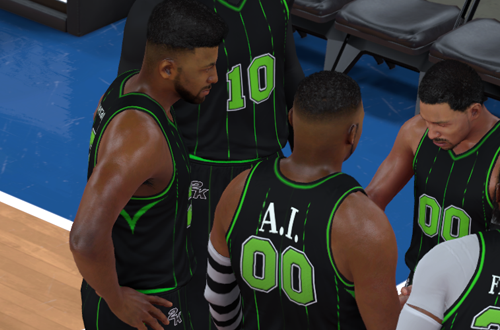 If I may digress slightly here, this is the problem with elitism and gatekeeping. It’s a myopic point of view that fails to see the big picture, and is disinterested in solutions. After all, a large part of that mindset is delighting in others going without, while you do not. It’s an attitude that stands in the way of progress and problem solving, because you’d rather maintain the status quo of a broken system that benefits you than fixing it so that it can work for everyone. If you can frame valid complaints and suggestions as whiny entitlement from lesser gamers, you can feel smug and superior when you look down upon them, and remain unsympathetic about their unnecessary predicament.

But look, let’s be fair here. Not everyone who is against AI Players in online modes feels that way. For most, it’s simply about not enjoying the experience when they get involved. Those who advocate for a judicious use of AI Players in those modes can likewise overlook the drawbacks and understandable concerns, and unfairly paint all who object as being elitist. The problem is that this leaves us with two groups with valid preferences, and a system that can only cater to one of them. It wouldn’t be fair to demand gamers against AI Players to “just get over it”, but the current approach promotes gatekeeping, in turn locking others out of potentially very fun experiences.

There’s a way to cater to both groups, and it’s a shame that it’s not yet implemented as of NBA 2K21 Next Gen. Yes, this brings us back to that well-trodden topic of deeper matchmaking. The problem is basically solved if we’re presented with matchmaking options that allow us to specify whether or not we want to take part in games with AI Players. Alternatively, if presenting users with an option is too cumbersome or would cause problems, implementing logic that only matches a full squad up against other full squads would also work. Gamers who don’t want AI Players wouldn’t have to see them (unless someone leaves), and those who are fine with them will still get to play. 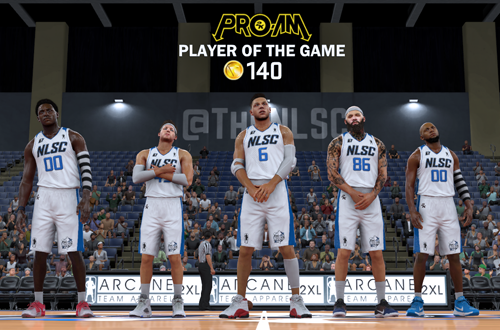 I can’t imagine anyone objecting to a solution that manages to cater to everyone, outside of gatekeeping purists. I’m sure there’d be some pushback from them, but frankly, who cares? I’m normally an advocate for all gamers to have their voices heard, but if your stance is based on punishing and excluding anyone unnecessarily, that isn’t constructive feedback. If there’s a way to implement AI Players as a failsafe without encroaching on the experience of gamers who strictly want every player to be user-controlled, then that would be an ideal solution. Once again, I believe that deeper matchmaking options could account for everyone’s preference for online team play.

And since I’ve broached the topic of toxicity in NBA 2K’s online modes, let’s also nip another excuse for not including deeper matchmaking options in the bud. Ideally, The Rec would be a place to meet other players and form squads. There are obviously other places online where you can find squads, including a dedicated subreddit. It’s a fine idea in theory, but a combination of elitism, toxicity, and location don’t always make it viable. As I outlined in a previous article, the design principles that force gamers into taking a Player One mentality into the online arena don’t help matters. Indeed, they contribute to the phenomenon of standing around rather than playing.

I’m in favour of AI Players in online modes, as long as it’s not at the expense of people who don’t want to play with them. I can attest to still enjoying sessions of team Pro-Am in NBA 2K17 when we were short-handed, especially because many of the teams we faced also only had three or four users. This is definitely a by-product of living in a region outside of North America, and while some might say “tough luck” to that, the global viability of NBA 2K’s online modes is essential. I believe it was also necessary for NBA 2K21 Next Gen given the smaller userbase at launch, else it would’ve been close to impossible for a number of us to ever get to play online. 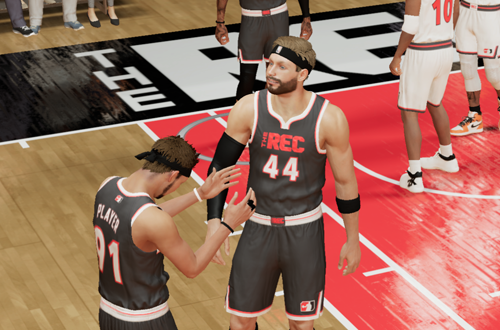 To recap, the desire to see AI Players make up the numbers in online modes such as The Rec and team Pro-Am isn’t born of incompetence, or a belief that it would be a better experience. However, in the absence of cross-platform and inter-region play, it’s a viable failsafe that can allow gamers to actually get into a match. As far as the AI opponent that’s now in Rookieville, it’s addressing a problem that should’ve been avoided from the very beginning. AIs can serve a purpose, just as they do when they replace players that quit, disconnect, or foul/grade out. NBA 2K online needs to have proper matchmaking anyway, but it could facilitate a reasonable compromise here.

Realistically, the only way to make team Pro-Am and The Rec as welcoming and fun as they should be is to cater to both gamers who are fine with AI Players, and those who don’t want them in online modes. There’s no good argument against including matchmaking options that would allow for this. It’d be win-win, and there’s no reason to want to see your fellow gamers lose out here. The use of AI Players in online play is understandably controversial, but with the right approach, it doesn’t have to be. If implemented properly with suitable matchmaking options, they can be a means to an end for those open to the idea of their usage, and a non-factor for everyone else.