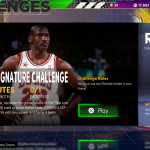 We’re at midcourt, and the ball is about to go up…it’s Monday Tip-Off! Start your week here at the NLSC with a feature that’s dedicated to opinions, commentary, and other fun stuff related to NBA Live, NBA 2K, and other basketball video games. This week, I’m tipping things off with a few thoughts on games being designed around playing on short quarters rather than the regulation length of 12 minutes.

Playing on 12 minute quarters rather than shorter settings has been a point of pride for me over the years. Well, pride may be too strong of a word – it’s not really any kind of accomplishment, after all – but I always felt fulfilled when I could play through a full 82 game season with regulation quarter lengths. The downside is that even in my favourite franchise experiences, I usually didn’t play more than a couple of seasons unless I resorted to simulating. As I’ve grown older and gained new responsibilities, I’ve had to make peace with the idea of simming games.

It’s been harder to warm up to the idea of playing on short quarters, though. It just doesn’t feel right; it’s not “sim”. If nothing else, I don’t like that the minutes per game averages for my team don’t line up with the rest of the league. The addition of an accelerated clock in various NBA Live titles over the past generation, as well as the ability to normalise stats in NBA 2K’s franchise modes, has provided a solution here. Of course, in MyCAREER, longer quarters allow for more Badge progress in short order, and there’s no normalisation option for stats. Caring too much about that does seem like folly however, as it feels like games are designed for short quarters.

This isn’t necessarily a new phenomenon. Until the introduction of gameplay sliders, it was usually expected that if you played a sim title with 12 minute quarters, scores were going to be much higher than in real life. That was especially true in the late 90s and early 2000s when the pace of play slowed, but even with today’s inflated scores, it’s still far too easy to shoot past them and score 180 points as a team when you play with regulation quarter settings. If you’re a stickler for realism, that does detract from the experience. Depending on the available options, the solution was to play on 5-10 minute quarters, and accept the trade-off of incorrect minutes per game numbers. 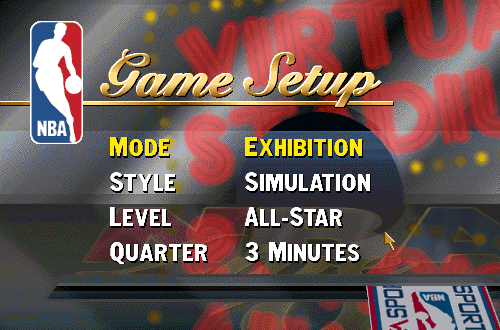 Although it was possible to temper scoring to realistic averages, particularly once gameplay sliders were implemented, it does seem that developers didn’t expect gamers to play with regulation quarter lengths. Short quarters have been the default setting in many sim games over the years. In the early days of NBA Live, it wasn’t uncommon for three minute quarters to be selected by default. In recent years, five or six minutes have commonly been the default setting in NBA Live and NBA 2K alike. Challenges in MyTEAM and Ultimate Team use various durations of short quarters, but never the regulation twelve. 2K Pro-Am and Rec games use five minute quarters.

Frustratingly for those of us who prefer 12 minute quarters, the default setting in MyCAREER is six minutes. It’s all too easy to forget to change it before our NBA debut. In a couple of titles, we haven’t even had the chance to do so, as the story takes us straight into our first NBA game. Of course, this further suggests that short quarters are the intended and/or optimal gameplay setting. Developers also have the benefit of feedback and telemetry data to optimise these settings according to what the average gamer wants, so those of us who prefer regulation quarter lengths can take it as read that we’re definitely in the minority as far as that preference is concerned.

It’s not like we don’t have that option in the game though, and it makes sense that modes such as MyTEAM, MyCAREER, and even MyLEAGUE/MyNBA, would opt for short quarters or at least make it the default setting. Criticism for Challenge and Domination games in MyTEAM being too short would likely pale in comparison to the backlash that 2K would receive if the games were too long. When it comes to Pro-Am and Rec games, anything longer than five minutes would be a chore. In those modes, five minute quarters are short enough to accommodate lengthy sessions and swifter endings to blowouts, yet also long enough to feel like a regulation game. 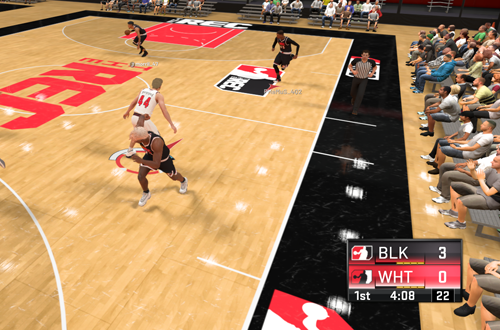 To that point, I wouldn’t want to play regulation length quarters online. In single player modes, it’s part of the realism that I enjoy in sim titles. In 2K Pro-Am and The Rec, it’s too long to commit to a game that can’t be paused, or exited without penalty or being unfair to your teammates. As I alluded to, it’s a long way to the end if you’re on the wrong side of a blowout. Even if you’re on the team that’s up big, I’d hate to have played for close to an hour, only to lose Badge and MyREP progress when the opponents quit in the fourth. It’s annoying enough when that happens with five minute quarters, so there’s no way online games could or should be regulation length.

Nevertheless, that does leave us with the rather interesting notion that sim-oriented games – which obviously strive for realism – are actually designed to be played with short quarters. This observation goes beyond inflated scores, too. I’ve noticed that when playing on twelve minute quarters in MyCAREER, the CPU struggles to remain competitive as the game wears on, unless there’s some particularly vicious comeback logic. In fact, this might explain why your team will squander large leads when you get subbed out; well, that and the fact you’re not in there to dominate, of course! It artificially ensures that there’ll be a challenge when you’re finally subbed back in.

It’s admittedly difficult for developers to devise a solution that caters to everyone here. Restricting realistic stats and scores to games played with twelve minute quarters would be great for the hardest of the hardcore simheads, but snubs gamers who want realism yet understandably also want/need to be economical with their time. Assuming short quarters are the standard allows gamers to have a realistic experience without setting aside an hour to play, but obviously leads to exaggerated results with regulation quarter lengths. Sliders can certainly help here, but they can’t always account for AI that loses its competitive edge on longer quarter settings. 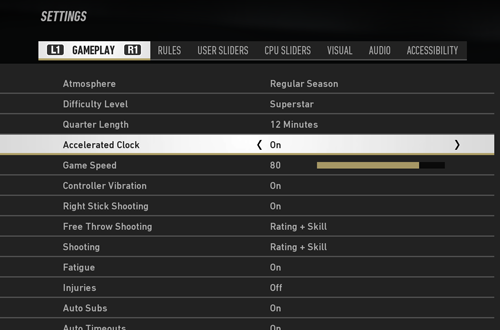 Accelerated clock and stats normalisation options are also handy features, and I absolutely advocate for their inclusion in franchise and career modes. However, I will say that in my experience, they can lead to some dissatisfaction. When I’ve tried using those features, I feel like I’m cheating, or the normalised results aren’t really mine. This is personal pedantry of course, born of my aforementioned desire to play at least one full season on 12 minute quarters in order to feel like I’ve enjoyed a title to its fullest. The downside of preferring the sim style and approach is that it can lead to obsession with minutia, with expectations that are very difficult for a game to meet.

Such an approach makes it tough to find the middle ground, which is unfortunate as this is a situation where we do need to compromise. It’s simply unreasonable to expect everyone to play full length quarters, because many gamers would find that arduous. At the same time, it’s not unreasonable to expect that realistic settings would yield the most realistic results. Ideally a basketball game should provide the best experience possible without any further tweaks, but realistically, that’s impossible to achieve. We must be prepared to make some tweaks in modes that allow it. All of the other modes need to strike the best possible balance for those who prefer long and short quarters.

With that in mind though, there are drawbacks to short quarters, even if you normally prefer them. As we discussed back in Episode #359 of the NLSC Podcast, MyTEAM challenges – and even The Jordan Challenge back in NBA 2K11 – can be artificially difficult when you need to score a lot of points in a game with short quarters. The task of replicating a performance achieved in 40 minutes of playing time in a game that’s less than half that length is bordering on unfair. Once again though, you run the risk of alienating gamers if those games are too long. As such, I would suggest that for really high scoring challenges, any quarter length less than eight minutes is too short. 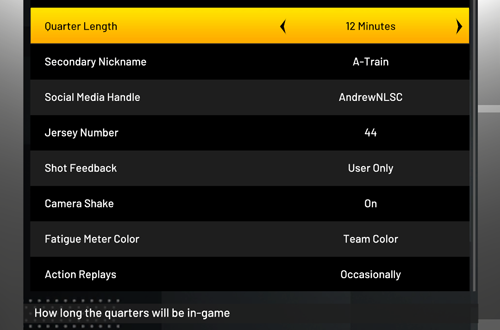 We all have different expectations when it comes to how we want sim games to approximate reality, and whether we want that experience to come through full length or short quarters. The best solution from the developers’ standpoint is to provide us with a choice of quarter length and gameplay settings whenever possible, and then to implement the most feasible length and optimal tuning when it’s not. Beyond that however, I do think that those of us who prefer 12 minute quarters do need to make allowances and tweaks to have the best possible experience. All things considered, while our preferred setting may be the most realistic, it’s probably not the standard.