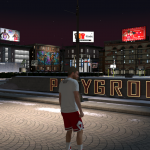 We’re at midcourt, and the ball is about to go up…it’s Monday Tip-Off! Start your week here at the NLSC with a feature that’s dedicated to opinions, commentary, and other fun stuff related to NBA Live, NBA 2K, and other basketball video games. This week, I’m tipping things off with a few thoughts on how Visual Concepts is unlikely to return to the old style of MyCAREER, axing both The Neighborhood and stories in future NBA 2K releases.

There’s a rather poignant analogy in Fallout 3, courtesy of Moira Brown. Discussing the post-apocalyptic world and her pet project (and the Lone Wanderer’s quest) of compiling the Wasteland Survival Guide, she compares the situation to putting broken glass back together. She notes that it’ll never be whole in the same way it used to be, but you can use the pieces to make something else, like a mosaic. As an analogy, it’s a good way of describing the inability to go back to the way things used to be, but still making the best of the situation and building something new.

We can apply this metaphor to two concepts in NBA 2K’s MyCAREER: the story-driven approach, and the game world of The Neighborhood. At this point they’re established staples of MyCAREER, but they aren’t universally liked. That’s not unusual, of course; you can’t please everyone in everything that you do. However, those two concepts do present some recurring problems, and frustration with them has been building since they were introduced. It seems that a lot of gamers would prefer MyCAREER to return to the way it used to be, but again, axing those features seems highly unlikely. Calling back to Moira Brown’s analogy, has the glass been broken?

It was actually a Tweet by streamer and NBA 2K League pro ToXsiK that prompted me to write about this. In the Tweet, ToXsiK declares The Neighborhood to be a flop after three years of giving it a chance, and advocates for a return to multiple parks and the old approach. He also makes suggestions to ensure that parks are packed, and that levelling up MyREP provides gamers with adequate rewards. These are all excellent suggestions. The Neighborhood adds a lot of pointless running around, and it can be difficult to get games (though the general toxicity of the online scene is also an issue here). I’m inclined to agree that there’s merit in axing The Neighborhood entirely. 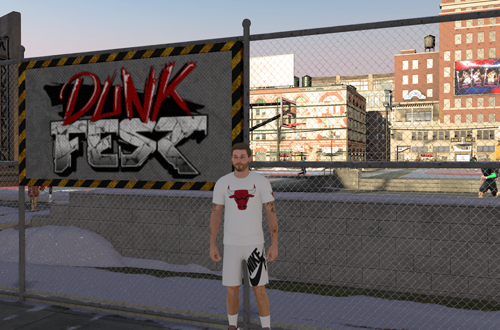 The problem is that I’m not sure it’s possible. Oh sure, it’s technically feasible. It’s not as though NBA 2K couldn’t revert to the old approach. The real issue is whether it’s something they’d want to do from a conceptual and philosophical standpoint. To go back to the approach of using MyCOURT as the MyCAREER hub and drop The Neighborhood could easily be seen as a backwards step. A lot of work and detail goes into The Neighborhood, and the presence of a game world represents an evolution in the mode, even if not everyone cares for it. I’m sure that many would embrace such a move, but 2K probably wouldn’t like the optics of “downgrading” or “giving up”.

Of course, it would only be a “downgrade” in terms of bells and whistles. As far as providing a better product, a better gameplay experience, we could argue that it would be an enhancement, or even a course correction. The Neighborhood has done nothing for matchmaking, and many gamers have noted the difficulty in getting games in The Playground. There’s a lot of standing around, or running back and forth to load into connected experiences such as Pro-Am and The Rec, as well as purchase cosmetic items. The old approach was far less time-consuming, and therefore something a lot of gamers would likely prefer. Unfortunately, it’s also not as visually impressive.

As such, axing The Neighborhood would be reverting to an interface that isn’t as interesting or innovative to put in a trailer. Like it or not, the bells and whistles do matter, and it’s an issue when they aren’t good enough. Consider the backlash that The Neighborhood in NBA 2K20 received because it was virtually identical to the one in NBA 2K19, and the scorn Ronnie 2K endured when he falsely tried to claim what people saw wasn’t the final version of The Neighborhood. Scrapping it altogether might make a lot of people happy, but it would no doubt also be seen as “last gen”, a backwards step, a downgrade. Flash has a way of outshining functionality, after all. 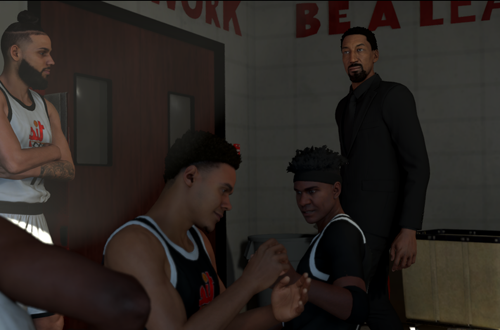 MyCAREER stories present a similar problem. At this point, the concept has been run into the ground. Although there’s been some variation in the specifics of the tale, and the mode has been able to do some interesting things with the story-driven approach, it’s become monotonous and repetitive. The production values have increased, but the story arc is essentially the same every year: highly touted prospect (who is rated 60 Overall) faces some obstacles, has to get over themselves and mature, and then finally makes it to the big time. It’s a lengthy slog, even when it comes to the better-written stories that are completely devoid of B-Fresh. We’ve seen it all before, year after year.

We have been able to skip the MyCAREER story in NBA 2K19 and NBA 2K20, but doing so forfeits opportunities to earn VC and XP, while locking our player into a lower salary. At this point, axing stories, or at least making them less disadvantageous to skip, would be preferable. The latter is feasible but seemingly unlikely, while the former is a similar situation to The Neighborhood. 2K has committed to producing these lengthy, in-depth MyCAREER stories, collaborating with big name producers and Hollywood actors to make them happen. To lose all of those production values would give the appearance of regression, even though it would have its benefits.

In December last year, I wrote about the difficulty of going back as a gamer. As a developer, it’s difficult for Visual Concepts as well. From both a marketing and creative standpoint, there’s pressure to keep moving forward, to commit to ideas and not appear to regress. There’s also pressure from gamers to consider changing course and bringing back old concepts, but I’d be very surprised if they’d entertain the idea of axing The Neighborhood and MyCAREER stories. For better or worse, they’ve been established as staples of the mode, an expected detail. Removing them entirely seems out of the question, which means they must evolve, or be replaced by something new. 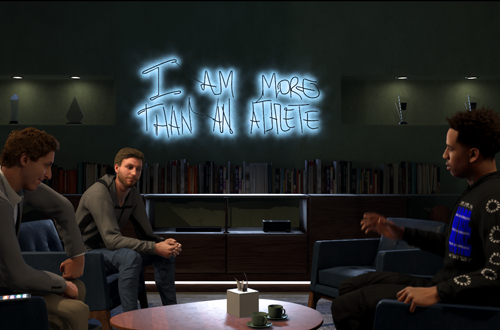 This is where old concepts can be revisited. By revamping and integrating them into the current approach, as well as introducing new ideas that address some of the issues with The Neighborhood and MyCAREER story concepts, we can potentially have the best of both worlds. Beginning with MyCAREER stories, we should be able to skip them without playing through them first, without penalty of lower salaries. However, by playing through the story, you’d be able to earn an even higher salary, and maybe a couple of other perks. That way, gamers would be rewarded for playing through the story, but those who skip it aren’t punished for preferring a streamlined career mode.

I’d also suggest freshening up the story with more meaningful decisions that branch the plot, and provide different benefits. An idea that I’ve suggested on a couple of occasions is to offer different starting points or MyPLAYER back stories. Having a few different scenarios to choose from and play through would allow for a much less homogenised MyCAREER mode and story, and present us with tactical choices. Say we could choose between being a raw prospect, highly touted prospect, or an overseas veteran, and that choice determined our starting ratings and progression rate, while having its own story. Or, once again, you could skip the story entirely if desired.

Figuring out The Neighborhood is tricky. Whatever 2K does with it from a conceptual and visual standpoint, they need to find a way to reduce toxicity, implement proper matchmaking, encourage engagement, and discourage elitism; all easier said than done! However, it wouldn’t be a bad idea to let gamers choose their landing spot – The Neighborhood, or their MyCOURT – or go directly to Pro-Am or The Rec while loading into the mode. I’d suggest keeping The Neighborhood as the setting for The Playground and some mini-games. The ability to purchase items without having to visit a store would also be an improvement. Call it online shopping, if you like. 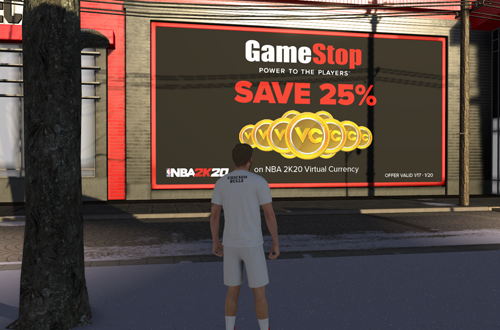 I just can’t envision a situation where MyCAREER returns to the way it used to be, axing stories and The Neighborhood as the central hub and game world. If nothing else, The Neighborhood is a convenient way for 2K to cram a stack of advertising into the mode, as well as push VC sales. It might be possible to integrate old ideas into the current concepts though, and continue to push them forward so that they’re better versions of what we have now. Both The Neighborhood and stories are no longer as innovative as they once were, so there’s incentive for 2K to rework both their role and functionality. I don’t see 2K axing them, but there are ways they can enhance them.

Will we see it happen? That’s the million dollar question whenever we’re talking about changes we desire. The current approach isn’t preventing NBA 2K from being very successful, and while there are complaints about stories and The Neighborhood, the concepts do work. Perhaps they don’t work as well as they should, but they’re not preventing gamers from playing MyCAREER and its connected modes. Still, I think the underlying sentiment ToXsiK expressed in his Tweets is valid, and 2K should consider his suggestion. After all, The Neighborhood and MyCAREER stories are no longer brand new concepts. Axing them may be out, but they can and should evolve.