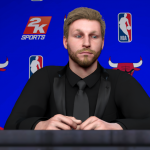 Let’s get one thing out of the way first. Yes, the video games industry is an industry, which is to say that game developers are in business. While we can talk about video games as an art form, like television shows and movies, they’re also a product to be sold. There’s a budget and targets the company wants to reach as far as selling said product. No one with any sense or clue about how the world works is suggesting that developers like Visual Concepts or Electronic Arts should be charities, giving away their games for free. They’re going to want to turn as large a profit as possible, just like any other business, big or small. I’m confident that most of us understand this. 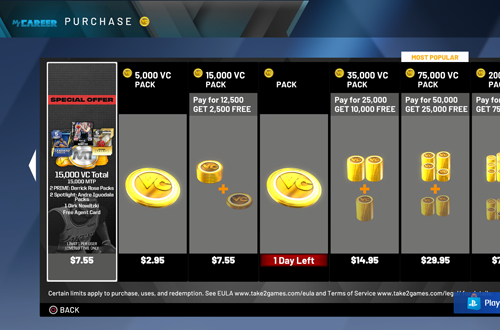 It’s just that it’s getting to the point where the methods of turning a profit aren’t about putting out the best game possible, but implementing the most insidious mechanics to try to force gamers into pre-ordering more expensive special editions, and purchasing in-game currency once the game is released. I’ve said it before, but NBA 2K has gone from a subtle nod towards spending real money on VC to enthusiastically pointing it out, ramped that up to a gentle nudge, and now places a hand firmly in the small of our backs, pushing us in that direction. And sure, many of us dig in our heels and slap that hand away, but so many others willingly go along for the ride, year after year.

And yes, whenever this is brought up, the same tired arguments are made in defense of a practice that’s meant to take advantage of us. You don’t have to spend money on VC, as so many apologists sneeringly tell us. Of course we don’t have to, but the goal is to make us do so. That means making the game more of a grind and less fun if we don’t spend that extra money on VC, or the special edition, in order to get a head start on MyCAREER and MyTEAM. It means not implementing proper matchmaking, as then gamers aren’t pressured to spend in order to upgrade quicker and be competitive. It’s making the game less fun, unless you’re really patient or willing to spend.

This means that it’s no longer about making the best basketball sim and the most enjoyable experience possible. It’s about getting gamers to spend as much money as possible, without really giving us bang for our buck. Recurrent revenue mechanics haven’t made basketball games better than they were ten years ago. Everything that we see in NBA 2K today could be implemented without VC and microtransactions; as far as the on-court experience is concerned, they’re not vital mechanics. They are vital to the suits though, who don’t really care about the particulars of any given game as much as its ability to squeeze further revenue out of the people who are playing it. 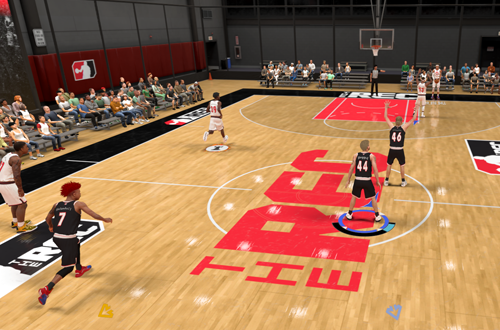 It arguably wouldn’t be so bad if that money was going back into the development of the game, or improving the experience by upgrading NBA 2K’s embarrassingly bad servers. For that matter, it should be going back to the talented development team members who work long, hard hours and endure ridiculous conditions as part of the industry’s “crunch culture”. They’re the ones who actually care about making a great basketball game, and put in the effort to make it happen. I highly doubt they’re the ones advocating for recurrent revenue mechanics, yet they’re the ones who are made to take the blame for them being in the game, and in increasingly intrusive ways.

However, it’s the suits that are benefiting from those mechanics. Recurrent revenue mechanics line the pockets of the executives, rather than being invested back into the game or going to the people whose hard work made it possible. Look, I’m sure that there are times when the developers don’t look upon us too fondly, because we can be needlessly toxic and abusive. At the end of the day though, we share a common love of basketball. The suits calling the shots may or may not love hoops themselves, but I can guarantee that they’re not looking at us as fellow fans. We’re a source of revenue, suckers to be taken advantage of; “whales to be hunted”, to use the cynical parlance.

None of this is a new development, of course. It’s been discussed at length, and it’s an issue that affects all genres of gaming, not just NBA 2K and basketball titles. To that point though, it’s an ongoing issue, a persistent problem. We shouldn’t stop talking about it or pushing back on it, because complacency is giving in to what gaming has become. Fighting this trend is easier said than done, but if nothing else, we should be concerned in our community about what it means for the future of basketball gaming. We’re already seeing the effects of suits controlling the direction of the games, and how it’s placing recurrent revenue mechanics ahead of overall quality and enjoyment. 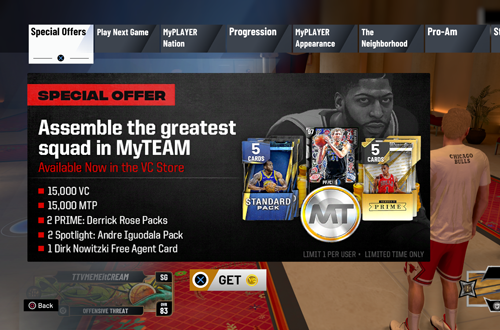 As such, we can’t dismiss this issue as old news and beating a dead horse. We can’t continue to justify the approach with the “gun to the head” excuse that Jim Sterling often talks about, i.e. the notion that manipulative tactics are fine as long as they don’t involve the threat of deadly force. The pressure is certainly still there, and the games punish us with a long grind and a disadvantage if we choose not to spend. We also can’t dismiss this problem if it doesn’t personally affect us. As I noted in this Forum topic, we should be standing up for our fellow gamers, because the suits definitely won’t. There’s no guarantee VC won’t end up infiltrating other modes, either.

After all, pushing hard on the recurrent revenue approach isn’t something that 2K is going to shy away from anytime soon. 2K CEO Strauss Zelnick has confirmed that while NBA 2K20 has performed well and set a few records for engagement, in-game spending has fallen short of projections. While he downplays the severity of this – NBA 2K remains a very profitable title, after all – he also alludes to it being a problem that they’ll address. In other words, they’ll be looking to increase those numbers via an assortment of “creative” means. One example is targeted in-game advertising, such as the promotion for MyTEAM that appeared in the menu of MyCAREER.

Frankly, this doesn’t bode well for future NBA 2K games. If the ultimate goal is to set recurrent revenue records year after year, then I don’t see it doing the quality of the game any favours. It means the focus won’t be on fixing legacy issues or producing the best possible representation of basketball, but designing a game that makes us want to pump more and more money into it, just to get some semblance of enjoyment. It means creating artificial demand by releasing MyTEAM cards that are in no way realistic versions of players, but gamers have to have them because their abilities are overpowered. It means a grindy MyCAREER mode, and horribly toxic online scene. 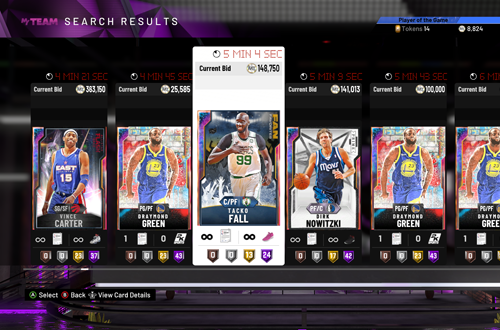 Again, the suits don’t care about any of that, or properly representing basketball. NBA 2K is just a means to an end, a way of generating revenue for the company that goes into their pockets when it’s all said and done. If it wasn’t basketball, you can be sure that it’d be something else. An open world sandbox, an RPG, a first person shooter, a fighting game…it wouldn’t matter. You can find this approach in just about every genre of video game these days, as they’re all trying to cash in and hope the proverbial bubble doesn’t burst. Unfortunately, I’m not sure that’s happening anytime soon. It’s proving too effective, and as Jim Sterling has also noted, boycotts don’t really work.

The irony here is that focusing on quality should yield financial success. I’ll admit that I’m no business major, nor have I helmed a multi-billion dollar corporation to record profits. I do know that goodwill counts for a lot in business though, and it’s likely a factor in NBA 2K20 falling short of projected recurrent revenue earnings. If you make a great game, and provide content that’s worth spending extra money on, gamers will oblige. I won’t spend money on loot boxes, but I’ll pay for appealing DLC and content that delivers on what it advertises. I believe that it would be possible to create a great basketball game, demonstrate goodwill to the userbase, and still make a lot of money.

Sadly, I don’t think the fact that NBA 2K20 has seen a drop in in-game spending is a sign that things are changing, and 2K obviously aren’t about to take it lying down. I don’t relish what that likely means for the game, and it makes it difficult to get excited about future releases and a new generation of consoles. Unfortunately, basketball gaming is no longer about avid fans of the sport; neither the ones making the games, nor those of us playing them. The hobby belongs to the executives – the suits – and they’re the ones calling the plays. It’ll make them money, but the on-court product will come up short. Unfortunately, we’re ultimately the losers in that dismal scenario.

I hate the fact that an official NBA game has turned into generic online street basketball game instead of the former, and I don’t play much online but just couch gaming with my friends. I feared that one day the main mode would completely diminished or outright removed in favor of online mode like what the other popular sports game did.

The focus on online elements, non-NBA gameplay, and above all microtransactions, definitely hasn’t helped the traditional experience.