Monday Tip-Off: Broadcast Views; As Good As It Gets? 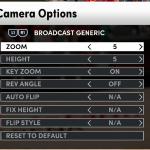 We’re at midcourt, and the ball is about to go up…it’s Monday Tip-Off! Start your week here at the NLSC with a feature that’s dedicated to opinions, commentary, and other fun stuff related to NBA Live, NBA 2K, and other basketball video games. This week, I’m tipping things off with some thoughts on the broadcast camera angles, and the apparent controversy and ridiculous shaming involved with using them.

Fans are fanatical; it’s in the name! It’s fun to passionately enjoy things, but it doesn’t take much for those strong feelings to turn to tribalism and toxicity. That attitude isn’t just directed at people outside the fandom, either. There are all kinds of schisms in just about every fanbase you can imagine. Just because you like the same things, it doesn’t mean you have the same opinions, and we’re all convinced that our point of view is correct. When it comes to basketball video games, we can be really snobby about our preferences, from gameplay settings to the modes that we choose to play.

That’s why we see absurd statements like “Who even plays MyTEAM?”, when in fact it’s one of the most popular modes in NBA 2K. It’s why we see exclusively online gamers sneering at people who prefer single player experiences. “What difficulty are you playing on?” is a valid question if someone is bragging about their abilities on the virtual hardwood, but can easily turn into gatekeeping when someone is just talking about having fun with the game, which is the point of it after all. And then, there’s the mocking of choice in camera angles, particularly the broadcast cameras. I’ll just say it: it’s one of the weirdest, dumbest forms of gatekeeping I’ve seen in basketball gaming.

It usually goes something like this. Someone on Reddit or Twitter shares a clip of a fun moment in NBA 2K. Maybe it’s a gamewinning shot, a massive chasedown block, or one of the craziest dunk animations triggering in spectacular fashion. Whatever it is, it’s pretty cool; the kind of play that gets us hyped up and feeling good about a game when it happens for us. Admittedly, most people will respond positively to such a moment being shared. However, if the person sharing the clip was playing on one of the broadcast cameras, at least one person will inevitably respond with a single word: “Broadcast.” Supposedly, this is some kind of insult, or a huge gotcha moment. 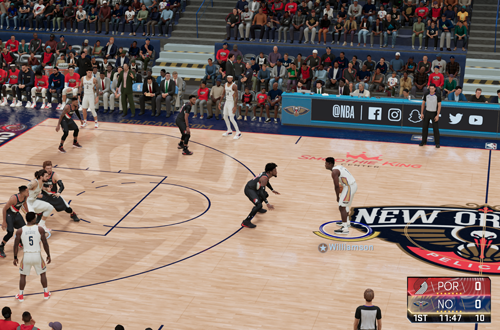 Let’s be clear about this. There’s no gotcha in pointing out that someone is playing on a broadcast camera. If anything, it’s basically Calculon remarking that he doesn’t like the font in that old episode of Futurama: a shallow observation that has absolutely no bearing on the quality and merits of the subject at hand. The logic of this supposed gotcha – such as it is – is that playing on a broadcast camera somehow makes one an inferior NBA 2K gamer. If you’re struggling to figure out how that makes sense, don’t worry. It’s just pompous gatekeeping, so there’s no actual logic involved. It’s all about holding up one’s own preference as the correct and superior way of playing the game.

After all, there’s no way that preference in camera angle translates to being better or worse at the game. It doesn’t make the game objectively, universally, easier or harder. Different gamers prefer different camera angles for various reasons, and each angle has its own advantages and disadvantages that we choose to work with. The choice of camera angles also comes down to preferred presentation. Baseline camera angles that follow the player, such as 2K Cam, Drive, or MyCAREER Default, are intended to replicate the feeling of being on the court, albeit in third person. The broadcast camera angles are – obviously – replicating how basketball looks when we watch it on TV.

I’m not sure when this gatekeeping and elitism over camera settings started. There have always been disagreements over the “best” setting ever since games allowed us to use different angles during gameplay, but they seem to have grown more intense with the rise of online play. It certainly falls in line with the general attitude when it comes to competitive online gaming, which is all about optimising the experience for the most success. The right jumpshot, the right dribbling animations, the right build, and effective min-maxing…it stands to reason that using the right camera angle is also part of identifying an “elite” gamer who knows how to play NBA 2K “correctly”. 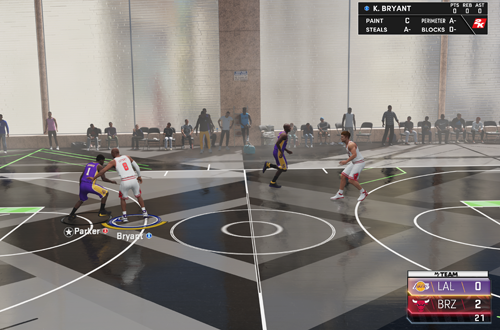 The notion that an angle that replicates basketball as it’s seen on TV is somehow an incorrect or inappropriate way to play, a cheesy setting, or even laughable, is just absurd. Perhaps it highlights a generational divide, because for years we pushed to see more realistic presentation in video games. I don’t think that’s an outdated idea, since I do see people enjoying arena-specific broadcast angles in addition to the generic cam. The fact that people are getting mocked for playing on broadcast indicates that it is being used. Nevertheless, I do see it as clash between people who want a realistic depiction of the sport, and those who see it as just another competitive video game.

With that in mind though, I believe in using the right tools for the job. To that end, I actually use multiple camera angles, according to the mode I’m playing. I prefer the MyCAREER Default camera for MyCAREER and its connected modes. When it’s not available – as is the case in Playground – I’ll use 2K Cam instead. I prefer those angles for those modes because they feel more immersive. I like the way they focus on my player, and the view of the court they provide. When I was a playmaker, I liked being able to see everything in front of me. Playing as a power forward or centre, I feel it helps with positioning, and keeping an eye on what’s happening on the perimeter.

Conversely, if I’m playing a mode where I’m not player locked – such as MyTEAM, a franchise mode like MyNBA or MyLEAGUE, or a Play Now game – I prefer to play on broadcast camera. I feel that it works better when I’m controlling the entire team, and I enjoy the TV-style presentation. It may sound confusing to go back and forth between camera angles, but again, for me it’s using the right tools for the job. It helps that I prefer the Absolute control setting, so the movements on the right stick never change for me regardless of camera angle. My approach probably seems contrived to some people, and that’s OK. It suits me fine, but it’s definitely not for everyone. 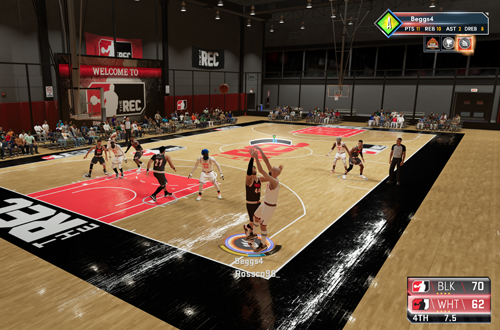 And that’s the whole point here. For some people, the baseline-oriented angles work the best. Others prefer TV-style presentation. I’m guessing that I’m not alone in using different angles for different modes, or at least experimenting with different settings. Despite the title of this article – which is a reference to two famous films by James L. Brooks – my intention isn’t to convince anyone that the broadcast camera angles are undeniably the best choice for everyone. You do you, as the saying goes. However, you’re no more of an “elite” NBA 2K gamer for using one or the other. Broadcast cam is the one that gets mocked most frequently though, which is why I’m defending it.

Upon further reflection, it may well be that broadcast cam is associated with what some see as an old school way of playing basketball video games. There’s such a strong backlash against nostalgia and the old ways right now that it’s getting to the point where anything predating 2015 is sneered at. Ironically, the baseline angles that a lot of anti-broadcast cam gamers prefer are just as old! In fact, there was a time when they were commonly the default angle in games, which is something many of us complained about because we felt that TV-style presentation was preferable. It’s yet another example of how some things (and arguments) are much older than we think.

Look, I’m under no delusion that I’m going to change the world with one article. As I said, fans are fanatical; it’s in our nature. My point is that the elitism over one’s choice of camera angles of all things is stupidly petty. If your reaction to someone posting a clip of something cool in NBA 2K as seen from a broadcast angle is to snidely reply “Broadcast”, then that says a lot more about you than it does them. It isn’t the insult or gotcha that you think it is, because there’s no wit in making fun of someone for having a different yet completely valid preference. There’s enough gatekeeping and toxicity in basketball gaming these days without making a big deal out of broadcast views.

Postscript: Less than 24 hours after posting this article, I shared a gameplay clip on Twitter that drew the very response I’m describing here. I’d consider my point proven.

Reminds me how most communities nowadays would call someone out whenever is playing in low graphic settings or even not having all graphic set to ultra and called it unacceptable.

I don’t really mind those elitism, but I rather keep my PC last longer with moderate settings over needing more sweats.

That’s the key, doing what’s right and best for you.