Monday Tip-Off: Canned Moments & The Myth of the Skill Gap 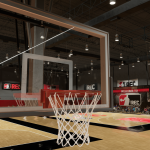 We’re at midcourt, and the ball is about to go up…it’s Monday Tip-Off! Start your week here at the NLSC with a feature that’s dedicated to opinions, commentary, and other fun stuff related to NBA Live, NBA 2K, and other basketball video games. This week, I’m tipping things off with a discussion of canned moments, and how they play into the myth of the skill gap in NBA 2K.

There’s been a lot of talk in recent years about NBA 2K implementing a “skill gap”. It seems that every year, we get a gameplay blog in which a new or tweaked mechanic is touted as bringing a proper skill gap to the forthcoming game. By and large, this is a promise that games have failed to deliver upon. That’s not to say that the changes aren’t improvements in their own right, or that there isn’t any skill involved in playing NBA 2K. Furthermore, gamers definitely do demonstrate different levels of skill – such as it is – especially in the online arena.

However, it isn’t a true skill gap as such, because the way one wins and loses in NBA 2K doesn’t necessarily come down to skill; or at least, not pure stick skills. There are factors such as meta-gaming in MyCAREER and its connected modes, and pay-for-advantage mechanics in terms of quick MyPLAYER upgrades and pack openings in MyTEAM. I’ve discussed those issues at length before, so I won’t be going into them today. Instead, I want to talk about core mechanics that stand in the way of NBA 2K truly having a skill gap. One of the most pressing issues in that regard, as I’m sure many NBA 2K gamers are all too aware, is the prominence of canned moments.

First of all, let’s define a few terms here. We’ll start with “skill gap”. In terms of video games, it commonly refers to the level of skill that distinguishes elite players from the average gamer. A game with a larger (or if you prefer, wider) skill gap requires far more skill to play at the competitive level, usually because the mechanics allow for the mastering of difficult but effective techniques. A smaller (or narrower) skill gap, conversely, means that there’s less distance between elite competitors and everyone else. In such games, the most effective mechanics may be straightforward and cheesy, and luck usually plays a larger role in success or failure, evening the playing field. 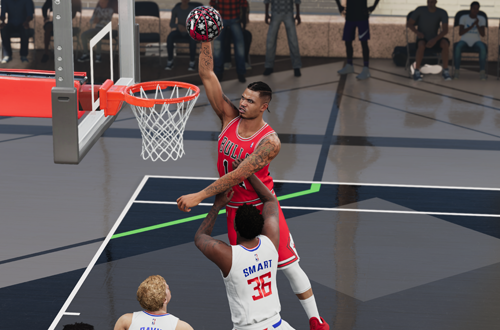 “Canned moments” can be used to describe a couple of very similar situations. The first context in which it may be used is to describe an animation-heavy sequence that is out of the player’s control. For example, the unstoppable contact dunks in NBA 2K21 could be described as a canned moment, as your input is no longer a factor once you’re in that scenario. The same can be said for other two-man animations. It may also refer to moments that feel predetermined. Examples include ball warping and magnetic hands on rebounds and loose balls, psychic steals, button reading, getting pulled into screens, automatic fouls, comeback logic, and other contrived moments.

With these terms being defined, you’ll undoubtedly see why the two concepts are at odds. A true skill gap requires every input to be directly tied to an outcome, positive or negative, with complete control over the action. Take a game like Rocket League. There are no predetermined animations in attempting a shot or preventing a goal. A gamer that can manoeuvre their car expertly will elude defenders, make crafty passes, and aim shots properly. There are no canned moments; you need to be able to control your speed, work the angles, and steer your car on the ground and in the air, to pull off moves and be successful. Everything you do comes down to your input.

This isn’t truly the case in NBA 2K, or any other basketball game for that matter. Learning the timing for a Green Release takes some practice and skill, but it’s a straightforward mechanic. After all, you can hit Green after Green with single button presses. We have control over moves in the paint, but the game won’t always select the most appropriate animation. From personal experience, the difference between a poster dunk and getting blocked in online play can come down to whether or not your player breaks out a backscratcher at an inopportune moment. Cheesy moves can be spammed effectively with no viable counterpunch, highlighting a lack of balance. 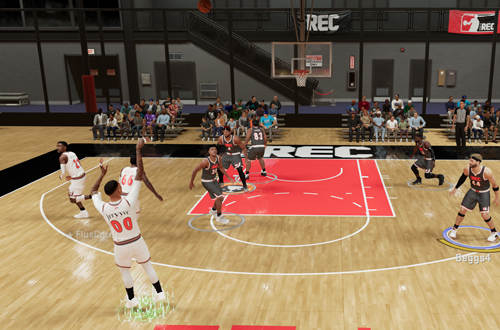 Incidentally, this is the reason that reception to the NBA 2K League is much less enthusiastic compared to other eSports leagues. Sure, there’s the fact that it doesn’t benefit the average NBA 2K gamer at all, but aside from that, the action simply isn’t as exciting. Ironically, a game based on a real sport – and a popular one at that – doesn’t lend itself to eSports the same way a fantasy concept like Rocket League does. That’s because when someone pulls off an amazing shot in Rocket League, they did it through precise input. When someone hits a three or throws down a big dunk in the NBA 2K League, they timed a release, or the game picked a spectacular animation.

Beyond eSports and the competitive online scene, canned moments eliminate the skill gap from User vs. CPU games as well. All too often, it feels like the CPU is playing by a different set of rules; even different physics! They’ll get body steals, but manage to clip the ball through your defenders. Loose balls seem to fall into their hands more often than not. They seem to be at least a step or two quicker, and can stick to you like glue while easily slipping past defenders like they’re coated in oil. A press of the steal button will see them immediately elude the swipe with a dribbling move. The shots you hit versus the shots the CPU hits are noticeably different. The list goes on and on.

The bottom line is that wins and losses, be they against the CPU or other gamers, don’t necessarily reflect skill, or lack thereof. Indeed, the fact that the shooting mechanics can so easily be cheated with modded controllers demonstrates how simulating just one precise input can break the game. The best NBA 2K gamers haven’t mastered complex moves or basketball strategies. They’re adept at a shooting mechanic with guaranteed makes, and exploiting dribbling moves. They’re also prone to good and bad luck with animation selection. I know I said I wouldn’t go into it, but Badges and animation assignments open up meta-gaming that also tips the scales. 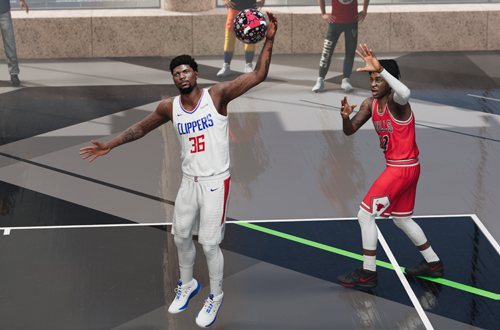 When it comes down to it, all the canned moments in NBA 2K and other basketball games make it virtually impossible to have a true skill gap. That’s not to say that ideas such as Pro Stick aiming on shots, limitations on how long you can sprint for, and restrictions on Badges and attributes, aren’t a valiant effort to implement one. It’s just that it doesn’t matter when certain mechanics and canned moments play such a large role in success or failure. Skill doesn’t matter when the CPU can engineer comebacks and give itself Green Releases whenever it wants. When you make the right input but a rebound clips through your hands because of a predetermined result, it’s not on you.

Here’s the problem though: eliminating canned moments and implementing a proper skill gap in NBA 2K is much easier said than done. We’re not at the point where we can have true, live ball physics, and not have it be a complete disaster. The ball needs to be on a string to a certain extent when it comes to dribbling moves. Rebounds need to be somewhat magnetic. The CPU needs to give itself some advantages to contend with a human user that can think laterally and employ exploits. In order to properly resemble the sport they’re based on, and be suitably challenging, basketball games need canned moments. They can’t have Rocket League’s mechanics; not yet, anyway.

To that point though, what can NBA 2K do in the meantime? Personally, I’d like to see them stand firm in discouraging (even punishing) cheesy exploits in online play, while making the game look and feel less phoney. To use a magical metaphor, the games need better sleight of hand; more effective “smoke and mirrors” (and no, I’m not talking about ATM and Jackson Ellis!). Recent games haven’t done as good of a job of hiding the necessary tricks, leading to that feeling of being contrived. When we’re blocked at one end thanks to a bewildering animation choice, only to see our hand clip through the ball on a swat at the other end, our input feels meaningless. 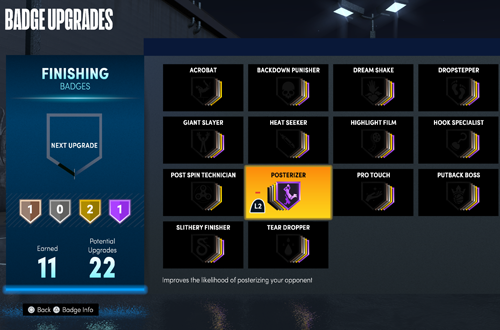 When our input feels meaningless – or at the very least, is at the mercy of the random number gods – there’s no skill gap. Likewise, when they are easily exploitable moves, and yes, meta-gaming that tips the scales with artificial boosts, success isn’t always a sign of pure stick skills. When you can script a controller input to hit shot after shot at the press of a button, we’re not talking about a sophisticated and flawless mechanic. With so many canned moments, it’s as much about what the game has allowed you to do as what you’ve actually done. It’s like the infamous corner three glitch in Double Dribble. Are you a great player if you just take advantage of it time and time again?

As I said, addressing this issue is easier said than done, because canned moments and tipping the scales is how NBA 2K can feasibly represent basketball, and be suitably challenging in the process. There are technical and conceptual limitations that make comparisons with Rocket League apples and oranges. Knowing that however, I would suggest that both we as gamers, and 2K themselves, stop pretending that there is a huge and legitimate skill gap in NBA 2K. There isn’t, because there can’t be with so many canned moments. There are semblances of one thanks to shot aiming and so forth, but there’s not enough freedom to truly represent superior skill on the sticks.

The reason that neither we nor 2K should pretend that there’s a proper skill gap is that if we do, the game is less likely to improve, and move towards actually having one. The common refrain of “get good” means very little when that entails mastering easily exploitable moves and strategies, or hoping that the game will pick the most effective animation based on input. As a spectator, it would also be far more impressive to see competitors in the NBA 2K League pull off moves due to skill, rather than animation choice. It’s understandable that we’re not there yet, so let’s not pretend that we are. To downplay canned moments perpetuates the myth of a non-existent skill gap.