Monday Tip-Off: The Difficulty of Going Back 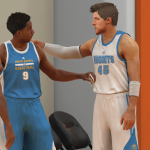 We’re at midcourt, and the ball is about to go up…it’s Monday Tip-Off! Start your week here at the NLSC with a feature that’s dedicated to opinions, commentary, and other fun stuff related to NBA Live, NBA 2K, and other basketball video games. This week, I’m tipping things off with a few thoughts on the increasing difficulty of going back to an older basketball title.

Recently, I looked into producing a couple of ideas that I’d been kicking around for Wayback Wednesday for some time: going back and finishing 100 Challenges in NBA Live 15’s Ultimate Team, and finishing 50 Challenges in NBA Live 16 LUT. Once the NBA Live 15 server shutdown was announced, I knew that I’d have to get onto the first idea as soon as possible, as it would no longer be doable once online support ended. I drafted the introduction to the piece, fired up NBA Live 15, and started a game. I was intent on making a feature out of some unfinished business.

Only, that’s as far as I was able to get. I couldn’t finish the game, and after taking a glance at NBA Live 16, I likewise decided against going ahead with those features. Granted, it was partly due to calculating how much time it was going to take and deciding that it’d be too many hours of repetitive play that I could be spending on other projects. It was doable of course, as long as I put in the time every day before the shutdown, but the prospect wasn’t appealing. I came to the realisation that it was no longer as easy to go back and play old games, compared to previous generations. For me at least, there’s just too much difficulty in going back for an extended time.

Don’t get me wrong. Generally speaking, I love to dust off old favourites and check out games that I may have missed the first time around in order to produce content for Wayback Wednesday. Nostalgia is fun to indulge, and it’s interesting to look back at games with the benefit of hindsight, not to mention fresher eyes and much lower expectations. However, I used to be able to go back to old games when the latest release wasn’t to my liking, or pick up an old save and play it regularly if I grew bored with the newest game. I’m finding that that’s a lot harder to do now, and so going back is something I can only do for a short amount of time, or with a select group of titles. 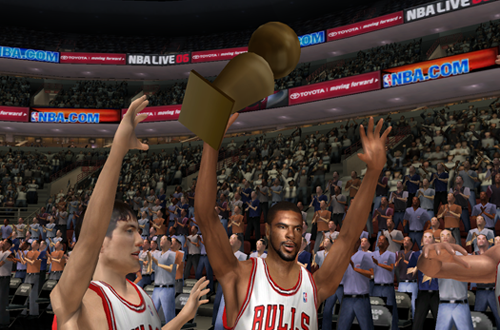 On one hand, this is a good sign. Ideally, modern releases should be far superior to their predecessors, especially the ones that came out over a decade ago. As much as I enjoyed my NBA Live 06 Dynasty with the Chicago Bulls, it should be hard to pick up the game again and make it a regular part of my gaming rotation in 2019. I haven’t played that save since 2014 apart from loading it to get screenshots for features, and while I’ll always keep it for posterity, it’s no longer a major fallback option. I’m happy to split my time between NBA 2K20’s modes, and possibly fire up NBA 2K19 if I feel like completing some unfinished business while the servers are still online.

At the same time, it’s a little sad. There are a lot of older basketball games that were great in their day, and held up remarkably well for several years afterwards. Through updating their rosters and artwork, we could breathe new life into them, and they’d admirably fill in when the latest release wasn’t up to scratch. Many of my favourites are now really showing their age, however. Going back is fun in its own way, but their shortcomings are more apparent. I miss innovations that have been made in the years since, and while the more simplistic experience can still be enjoyable, it does often feel lacking. The oldest game I can feasibly go back to is getting more recent.

Also, when it comes to NBA Live on the current generation…well, it’s been another rough generation for the series. There are good things about NBA Live 15 and NBA Live 16 that I can appreciate – conceptually if not always in execution – but when I tried playing them, I couldn’t see myself spending the necessary hours to finish all those Fantasy Challenges in Ultimate Team. It wouldn’t have been as much of an issue if I’d only needed to play a handful of games, but I could immediately tell that I wouldn’t be able to overlook the negative aspects of those releases long enough to get through all the necessary games. I’d much rather be playing something else. 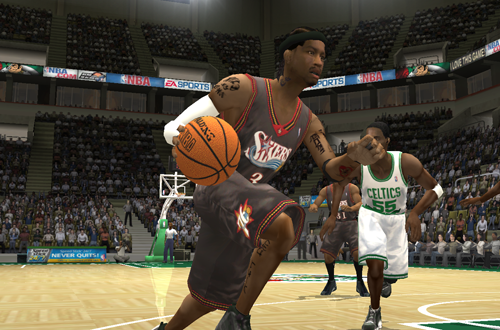 Of course, quality isn’t the only factor that makes going back far more difficult than it used to be. Online content has become a huge part of basketball gaming, even in the single player modes. Once servers are shut down, entire games modes are unavailable, or at the very least severely limited. My inner completionist would be all for dusting off NBA 2K14 through NBA 2K17 to get some Trophies and Steam Achievements, as well as some screenshots and footage for future features. MyCAREER is missing a lot of content and functionality without servers however, and MyTEAM is gone forever in those titles. There’s less to do in those games now, even if you are keen to go back.

The fact of the matter is that modern games aren’t designed for longevity past a single season. Indeed, in the case of a few games this generation – NBA Live in particular – keeping gamers hooked for one whole year has been a problem. Annual releases aren’t a new phenomenon of course, and EA Sports and Visual Concepts have always aimed to sell us a new game to replace last season’s title. It’s just that older games remained more or less as complete as they were at launch; at least as far as the single player modes were concerned. If you weren’t concerned about online play, it was feasible to stick with a title for a couple of years or even longer, if you liked it that much.

Planned obsolescence is commonplace when it comes to most technology these days, and in all fairness, it caters to what the demographic wants: the latest and greatest. With basketball games, more people than ever are playing online, or modes requiring connectivity for single player content, such as MyTEAM. Gamers want new stories in MyCAREER, new cards and challenges in MyTEAM, new Neighborhoods and so on. That’s not to say that people don’t still stick with a game until it’s no longer viable, but a majority of the userbase is ready to move on for the next season. More than ever, there’s no incentive for EA and 2K to build games that last longer than they need to. 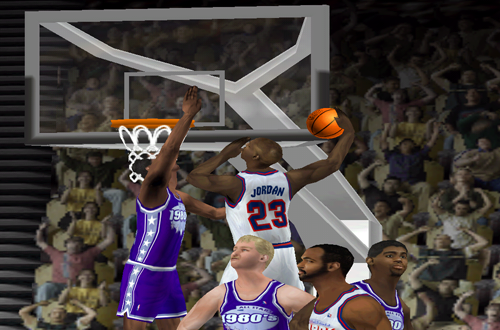 It’s not all bad news, though. Having difficulty going back to an older release because you find the newest one (or at least a more recent one) more enjoyable is a sign that progress has been made; that there have been steps in the right direction. I won’t say that there isn’t any value in updating a classic like NBA Live 06 PC with current season rosters, because that can still be a lot of fun. There’s less call for it though, because a majority of hoops gamers have moved on. The games that stood as viable alternatives to more recent releases are being left behind, because a newer title is now the satisfactory choice. Again, it’s sad in a way, but it’s ultimately a good thing, too.

Note that I’m not saying that everyone does or should feel this way. If you still prefer a much older game and can play it as much as you did when it was new, more power to you! There’s definitely a niche demographic for retro basketball gaming, as well as interest in keeping classics updated. I’m all for that, and will even participate in some of those projects. As far as my personal basketball gaming habits are concerned, I’m finding the cut-off for games I can regularly play is constantly inching forward. What I could easily still dust off and play instead of a newer game back in 2010 is far less viable to bring back as a regular part of my rotation as we speed towards 2020.

Like I said though, in many ways that’s a good thing in the long run. It would be a real shame if basketball gaming had peaked somewhere in the mid to late 2000s, leaving us with new releases that we constantly abandon for aging favourites. If the games are progressing as we want them to, then there should be difficulty in going back to an older release. With that being said, it’s unfortunate to see reliable old games feel less and less viable, as well as recent releases become so limited when the servers are shut down. I think there’ll always be value in retro basketball gaming, but it remains to be seen how long nostalgia sessions can last, and which old favourites age like fine wine.

I’ve finished all the Live 16 LUT challenges in the “Live 17” season) I would be playing it more, did’t want to switch to Live 18 at the time– We may be spoiled for choice. I’ve recently fired up Live 16 again, played LUT, got a grasp on how to shot anew (the release must be late compared to NBA 2K13 I play nowadays). I’ve enjoyed Live 16 like before.

That’s good to hear, I know a lot of people have been able to stick with NBA Live 16. I think it also depends on how much you liked the game in the first place as well. It’s going to be rough when the servers are shut down for it and we lose LUT 16.