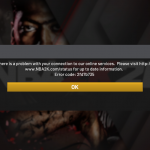 We’re at midcourt, and the ball is about to go up…it’s Monday Tip-Off! Join me as I begin the week here at the NLSC with my opinions and commentary on basketball gaming topics, as well as tales of the fun I’ve been having on the virtual hardwood. This week, I’m tipping things off with my thoughts on the approach of the annual games becoming disposable, and the increased reliance in “always online”.

I’ve been working in IT since 2005, providing technical support and PC repairs. In that time, I’ve noticed a change that has likewise been a trend with other devices, from phones and televisions to major appliances. While hardware repairs are still sought out and provided, we’ve trended towards being a throw-away society. Expense or difficulty in performing repairs makes buying a replacement – presumably a newer model – a more common and desirable solution. Buying a new system also seems more likely than upgrading existing hardware, again due to convenience or feasibility.

So it goes with products such as video games, too. There is inevitability to this, of course. Nothing lasts forever, and manufacturers and software developers naturally want to sell new products. More than ever before though, basketball games are being designed to be disposable. The reliance on server-side content, necessitating an “always online” approach, is the reason for this. While this content has enhanced titles and eventual server shutdowns are understandable, the way that it’s made games more disposable is nevertheless unfortunate. If nothing else, it’s a tremendous blow to a community that does have a contingent of retro gamers who like to dust off old titles.

When I say that modern basketball games are designed to be disposable, I don’t mean that they’re completely useless upon the release of their successor. There’s still a bevy of offline content that remains accessible long after 2K flips the switch on a game’s servers. Unfortunately, there’s an increasing amount of content that disappears forever once that happens. It’s one thing when a mode that clearly can’t function as intended without an online component is rendered unavailable following a server shutdown. It’s another thing altogether when one that has previously been fully functional without online support disappears with the servers, as we know it doesn’t have to be that way. 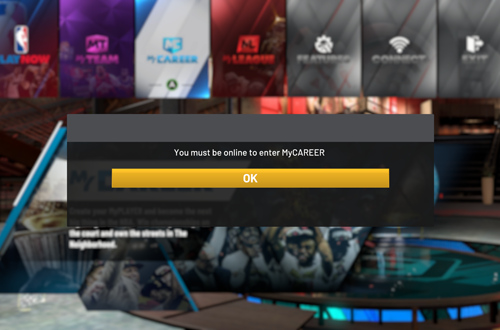 You only have to look at the decline of offline MyCAREER to see how we’re now expected to treat NBA 2K games as disposable. In the earliest iterations of the mode, the lack of online support was a moot point. There was no way to buy VC, though in the PC version of NBA 2K13 and NBA 2K14, VC wasn’t available yet. More to the point, MyCAREER remained more or less fully functional. There was no in-game way of speeding up the progress, though not everyone wanted to do that anyway. In the Next Gen version (and its subsequent PC ports) however, various features began to disappear. By NBA 2K20, there was no offline version of MyCAREER at all.

This may not be a big deal to a lot of people. Not everyone is a retro gamer, and the connected experiences in MyCAREER encourage upgrading to the latest NBA 2K after all. Of course, some of us do enjoy going back. Even if you have very little interest in doing so, it was still nice to have the option. The removal of the offline version of MyCAREER obviously removes that ability; we have no choice except to move on. It’s the difference between having an incentive to upgrade, and being forced into it. The disposable nature of modern basketball games also raises some questions about ownership, value for money, and a satisfying return on our investment of time.

After all, when it comes to MyCAREER and MyTEAM – modes that disappear when the servers are shut down – one way or another, we’re making an investment. For any gamers who are willing to spend real money on Virtual Currency, the progress and content that you purchase is gone for good once those modes are inaccessible. Even if you don’t spend a cent on VC, you’ll have invested what are likely hundreds – if not thousands – of hours of your time playing those modes. Those hours may well feel like time well-spent, but with 27 months of online support per title and a new game every year, the fruits of your labour will only be available for a very limited time. 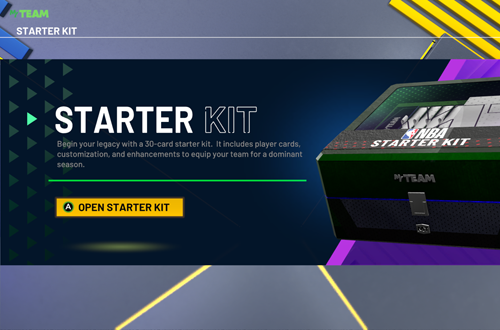 Because recurrent revenue and high engagement numbers are a goal for Take-Two, we the audience are being conditioned to believe that it’s a good thing the games we play are disposable. Starting over at 60 Overall again and again in MyCAREER and grinding (or paying) our way back to effective ratings is presented as a necessary and desirable design choice. That’s not to say there shouldn’t be a satisfying journey, and bringing a maxed-out player from the previous game into a new release would make it far too easy. However, we’re conditioned to be far too comfortable in just letting all of the previous year’s work be undone, treating the game and our time as disposable.

The same goes for MyTEAM. Losing all those cards we collected with absolutely no progress or content carrying over to a new game has been sold to us as a reasonable inevitability. And yes, once again it would defeat the purpose of having a new game with new challenges if everything carried over. However, we can’t so much as transfer any unused VC from the previous game to a new one. We also can’t go back to enjoy our team once the servers are offline, just as we’re locked out of online MyCAREER saves. Admittedly not everyone is interested in doing that, but some are, and now we don’t have that choice. We can no longer enjoy our investment and accomplishments.

One of the benefits of holding onto our save files in video games is that we can pick them up years later. If I want to replay a boss battle in Donkey Kong Country 2, my save file where I’ve finished the game and unlocked everything is still intact. If I want to continue my NBA Live 06 Bulls Dynasty, I can do that because I made sure I kept the save (along with a number of backups). In any game where I had the presence of mind not to delete my data – or was fortunate enough to not lose it over the years – I’m able to enjoy my previous efforts whenever I fire it up again. Furthermore, if I want to start over again, all single player content (or at least most of it) is still available to me. 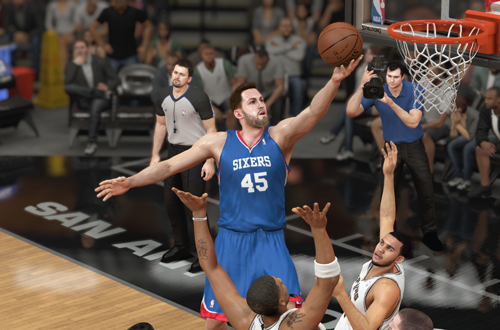 Nowadays, we’re expected to treat annual basketball games as disposable, shelving them never to be played again when a new one comes out. If you’re the type of gamer that never wants to look back, then sure, there’s no issue here. I’m seeing more and more gamers taking an interest in going back, though. If nothing else, there’s value in being able to fire up an old game for research purposes. As I noted when I discussed the rising costs in MyCAREER, the inability to play modes in older games, or access certain features in their offline state, makes comparisons difficult. We can’t check prices to see how they’ve increased, and 2K is undoubtedly hoping that we forget.

Realising how games have trended towards being disposable has played a large role in my lack of enthusiasm for newer releases. I’d already grown weary of the annual grind in MyCAREER, but realising that it wasn’t going to get any better, and that it also wouldn’t matter in a year’s time, essentially extinguished my enthusiasm for the mode. The same goes for MyTEAM, which I regularly played in NBA 2K21. Conversely, I’ve been able to enjoy MyCAREER in NBA 2K14; not only because it’s less grindy and more NBA-focused than more recent iterations of the mode, but because I know I can revisit that save file whenever I want. It’ll always be there when the mood strikes.

Speaking of NBA 2K14 for PlayStation 4/Xbox One however, it did provide early signs of the disposable nature of NBA 2K games moving forward. Quite infamously, gamers found themselves locked out of online saves when the servers were initially shut down after 18 months. 2K’s response that the saves were “retired” and that “all good things must come to an end” went down like the proverbial lead balloon. It was a tone-deaf response that basically said “Hey, you should be playing NBA 2K15, anyway!” There was a smug smirk, an arrogant shrug to the statement. It may not have been intended that way, but that was how it came across. Gamers weren’t happy. 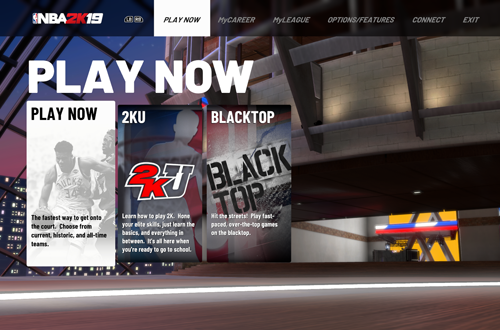 That led to the servers being switched back on and a policy change to 27 months of online support for all titles moving forward. As the first major PR blunder by 2K, gamers were more forgiving. Unfortunately it was also soon forgotten, and fleeting outrage allowed disposable games to become the norm; a practice that gamers would even vehemently defend! And so, more online components were added to modes that had traditionally been single player. Content that had been freely available was now behind VC paywalls, thus disappearing when online support ended. We became numb to “always online”, and accepted it – albeit perhaps grudgingly – as the way of things.

We’ve grown so used to moving forward that when we try to take a step back and revisit some fond memories, we’re in for a rude shock when we see just how much content we’ve lost in games that aren’t that old. Younger gamers and anyone who’s all about the online scene likely won’t care too much. If you grew up with the current approach, it’s what seems normal, and if you’re only interested in online play, then older games hold much less appeal. For those of us who value the single player experiences and grew up with games that could be revisited and enjoyed as if they were brand new, we’re bothered by “always online” leading to “readily disposable”.

My experiences with NBA 2K14 MyCAREER in particular have impressed upon me how despite being treated as disposable, games from the past couple of generations are still designed to be enjoyed years later. It’s a shame that online content, and the integration of a single player mode with a connected experience, now prevents that from being a possibility. When so many other games are still supported a decade or more after their release, it’s disheartening to think that an NBA 2K game from just a few years ago is now a shell of itself. “Always online” has led to disposable games, and pains for anyone wanting to relive some good times on the virtual hardwood.