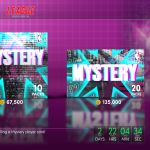 We’re at midcourt, and the ball is about to go up…it’s Monday Tip-Off! Start your week here at the NLSC with a feature that’s dedicated to opinions, commentary, and other fun stuff related to NBA Live, NBA 2K, and other basketball video games. This week, I’m tipping things off with some advice on not falling victim to FOMO in NBA 2K.

Modern games prey on FOMO: the Fear Of Missing Out. From daily bonuses to content that is only available for a limited time, game modes are designed to get us jumping on as often as possible to boost engagement numbers, and in the best case scenario for the publisher, spend money on their recurrent revenue mechanics. It’s the same approach that mobile games have pioneered, and it’s become commonplace with Triple-A releases as well. From cosmetic items to content with a more tangible effect on gameplay, developers want us to dread missing out on acquiring goodies.

It’s effective, too. Every time they release a great Michael Jordan card in MyTEAM, I can’t help thinking “I want that”. However, the Auction House economy is broken due to MT resellers, and I refuse to pay real money to rip open pack after pack with lousy odds. Not everyone can resist the lure of appealing digital content though, and to that end, I can understand falling victim to FOMO. It’s harder to get games online – or at least be competitive – if you don’t have the best cards, quick MyPLAYER upgrades, or even the right clothing. As premium skins in Fortnite have proven, it can even lead to bullying! That’s why I’m offering up some tips to stand strong against FOMO.

First and foremost, you have to remember that NBA 2K comes out every year. Yes, 27 months of online support does mean that every game will receive two full seasons of service, plus another three months. That’s fantastic if you want to skip a release and stick with a game you’re enjoying for more than a year. Of course, a vast majority of the userbase will be moving on to the latest title, and new content will dry up before the servers are ultimately shut down. You’ll eventually lose those cards or that maxed out MyPLAYER, as we’re unable to carry that progress and content over to the new game. Realistically, you’re probably only going to be playing a game for a year. 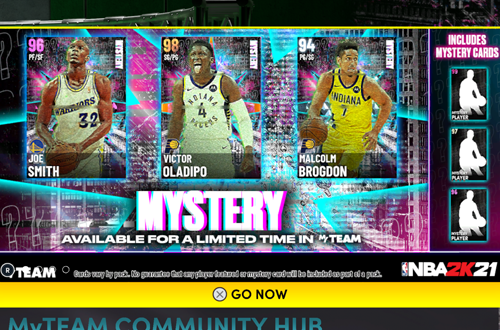 Realising that you’ll need to start again from scratch every year is an effective way of staving off FOMO. It’s much harder to feel like you’re missing out on content that’s ultimately temporary and potentially useless within twelve months. Also, you can’t miss what you never had, but you can certainly regret spending a lot of money to get something that won’t be accessible after a couple of years. This mostly applies to MyTEAM cards, but the same goes for MyCAREER as well. It’s not the end of the world if you don’t hit 99 Overall, or if you don’t get all of the rarest MyTEAM cards. It’s not going to matter once you’ve upgraded to a new game, or the servers go offline.

On a related note, you don’t need to collect every single MyTEAM card or hit 99 Overall to enjoy MyTEAM and MyCAREER. It’s certainly an accomplishment and something to aim for, but there are enough powerful cards to build an impressive squad without needing the rarest of the rare pulls. Likewise, your player will be good enough for both online and offline play long before you hit 99 Overall. At a certain point, it’s just minor boosts and bragging rights. Again, it doesn’t hurt to aim high with your basketball gaming goals, but you can still have fun without reaching that level. Shoot for the moon and you’ll land among the stars, as the famous saying goes.

Avoiding FOMO doesn’t necessarily mean going without, either. It means being patient, persistent, and savvy. You might not be able to snag a card in MyTEAM when it’s newly released, but it may eventually be on the Auction House at a decent price. It may take weathering a few losing bids to finally get it, but if you’re patient, you can avoid paying a premium. You’ll also notice that packs re-enter circulation, and Super Packs can result in a glut in the market that drives prices down. Having the patience to eschew an “I need it now” mentality for an “I’ll try for it later” approach is a savvy way to build a collection. And if you do miss out, again, it’s not a disaster. 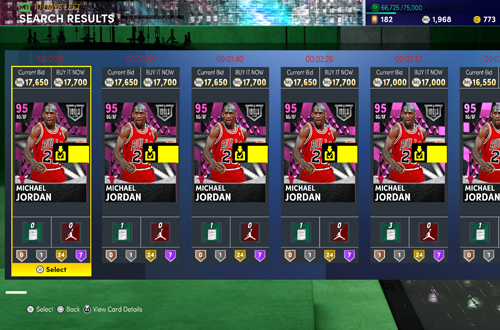 I also advise patience when it comes to MyCAREER and its connected modes. It’s not always fun grinding for VC, but if you work the game to your advantage – play the NBA games, check the Daily Bonus every day for a chance at a VC prize, and partake in the Daily Pick ‘Em game – your balance will build up a little quicker. I know it can be difficult to get a Playground game if you aren’t “properly” dressed, but as long as you aren’t in the default outfit, you stand a decent chance. Unless you’re rolling in VC, you can forego the premium clothing items, especially the ones that are available for a limited time and doing their best to prey on your FOMO in order to get you to spend.

Speaking of the daily bonuses – be it the wheel spin/statue prize in MyCAREER, or the login bonuses in MyTEAM – while I do recommend taking advantage of them, don’t be discouraged if you miss a day here and there. Yes, it’s unfortunate to miss out on the spin on Fridays if you forget to jump into MyTEAM once during the week, but once you’ve expanded your collection, the prizes do become less valuable. It’s worth jumping on every day for a few minutes to collect the bonus, but if you miss out, don’t get discouraged. There’s always next week, and while you may miss out on a bigger prize with the wheel spin, some of the smaller daily bonuses are still worth collecting.

In other words, make use of it, but don’t get upset if you happen to miss a day because life gets in the way. This brings me to the most important point of all: don’t fall victim to FOMO, because NBA 2K is just a game. I realise how ironic (even hypocritical) that sounds given that we’re all about covering basketball games, which sometimes entails spirited critique. The important thing is to keep everything in context, and be able to take a step back when necessary. While I advocate for speaking out about the issues with basketball gaming, I also recommend switching them off and taking a break when you’re not having fun with them. Quite simply, it’s the healthy thing to do. 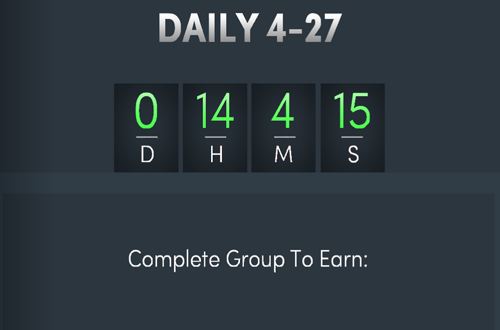 Don’t take games too seriously! If you miss out on a card in MyTEAM, it’s a bummer, but it’s just a game; one that’s rigged against you, no less. If you have to forego some cosmetic item in NBA 2K, it’s no big deal in the grand scheme of things. It’s hardly a catastrophe in the context of NBA 2K, let alone anything else! The games are trying to tell us they aren’t fun or fulfilling if we don’t obtain digital content that is intended to get us to dump more and more money into a full-priced Triple-A release that comes out every year. We don’t need to buy into that, and the FOMO that it tries to instigate. It’s just a basketball game, and it can be enjoyed without giving in to those tactics.

As a community, we can also stop perpetuating FOMO by being friendlier and more welcoming. True change has to come from the design principles employed by Visual Concepts, but rejecting elitism will also help in the meantime. If we stop caring about what other people are wearing in The Playground or about Overall Ratings, if content creators stop glorifying pack openings and spending money on MyTEAM, we remove stigmas and reject blatant recurrent revenue grabs. If we promote enjoyment of games and the fun that’s possible with their modes, then engagement is driven by passion, enthusiasm, and excitement, rather than a fear of being left behind and ridiculed.

Unfortunately, it’s easier said than done. FOMO has proven to be an effective tool in getting gamers to participate, and in many cases, pay. Even NBA Live has indulged in it in recent years through its LIVE Events, with cosmetic items and other rewards that are only available for a limited time. Perhaps the culture won’t change, but we can all at least look out for ourselves. We just have to ponder: do I need this? Is it worth the investment of time and/or money? Can I wait until it’s more affordable, or easier to acquire? Is this really going to make the game more fun? Can I stand to lose it when the servers are shut down? The answers might just remove that fear of missing out.