Monday Tip-Off: How Other Games Helped Our Modding Community 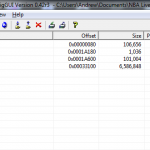 We’re at midcourt, and the ball is about to go up…it’s Monday Tip-Off! Start your week here at the NLSC with a feature that’s dedicated to opinions, commentary, and other fun stuff related to NBA Live, NBA 2K, and other basketball video games. This week, I’m tipping things off with a look at how other games have helped our modding community here at the NLSC.

When it was announced back in June that Madden 19 would be released for PC, the news was met with enthusiasm, and not just from the Madden community. While PC gamers who have been waiting for the return of EA’s NFL series are reaping the most tangible benefits right now, it’s welcome news for those of us in the basketball gaming community as well. Madden’s return to PC bodes well for the possibility of NBA Live also making the jump back to the platform in the future, something we’ve wanted to see since the game became a console exclusive beginning in 2008.

For now though, it’s merely a promising sign for the future. As discussed in Episode #258 of the NLSC Podcast, it was encouraging to hear Connor Dougan talk about a PC version of NBA Live in a recent interview, and even make specific mention of mods. The prospect of a revitalised Madden modding community should also be of great interest to us as a possible indication of what we should expect from a future PC release for NBA Live. After all, while we’ve done some great work over the years, the other talented modding communities that created content for EA Sports games helped us immensely. Indeed, without their contributions, we’d have been far less productive.

Whenever we talk about the early days of NBA Live modding – or patching as it was often called back then – we usually mention the NLSC’s founders, Tim, Lutz, and Brien. That’s only appropriate as it was their tools that tipped off the scene, beginning with the editors for NBA Live 95. However, they weren’t the only people who were making tools to edit NBA Live. You can still find those utilities in our Downloads section, and if you take a look at the people who made them, you’ll see quite a few individuals were responsible for the essentials to modding NBA Live on PC. You’ll also notice that some of them came from beyond our community. 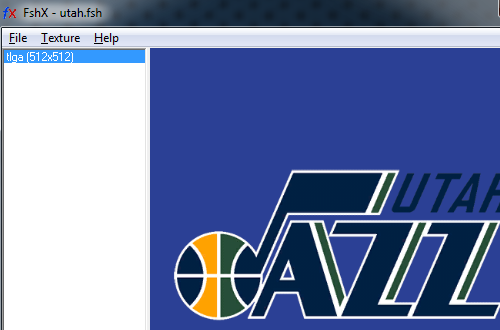 Many of the tools for editing the art files in NBA Live PC were originally made for other EA Sports and Electronic Arts games, including NHL, FIFA, Madden, and even Need for Speed. A few of the tools that Tim, Lutz, and Brien produced also mention their compatibility with other EA franchises. This is because the formats of the art files were standard between EA’s PC releases, which meant that tools for one game could often be used with several others. Tools like roster or track editors were specific to a particular title, but software for importing to and exporting from EA’s art files didn’t need to be individually tailored to each series.

This meant that efforts beyond our modding community could benefit us, and vice versa. Because we could share resources, the pressure wasn’t on any one modding community dedicated to EA games to create all of the tools they needed. If a tool was developed by someone in one modding community first, and it was compatible with all of the current releases, there wasn’t any need for umpteen different tools to be developed when one program would suffice. Not only was this a timesaver, it made it much less of a problem when a community lacked people who could develop those tools, or when those people inevitably moved on or quit the hobby.

Simply put, while our modding community may never have been established without the hard work of our founders, it likely wouldn’t have continued as long as it did, or produced the quality of updates and add-ons that it has, if we didn’t have the help of modding communities who were working on other EA games. The importance of being able to share knowledge and resources with those other communities cannot be understated. Without the FIFA modding community, we wouldn’t have BigGUI, an essential tool for editing EA’s .big files. FshX – the import and export tool for most of the texture files in NBA Live 2005-08 – also came from beyond our community.

In contrast, consider the current situation with NBA 2K PC modding. We’re not the only place online for NBA 2K mods, but unlike the days of NBA Live PC modding, we no longer have a number of different communities working on a range of games that all use the same file formats, allowing for the creation of widely compatible tools. If Visual Concepts were still producing a wide range of sports titles, and those games featured similar or identical file formats, the opportunity would be there to cooperate and collaborate with other communities to produce modding utilities. It’s likely that we’d have a lot more tools and techniques at our disposal. 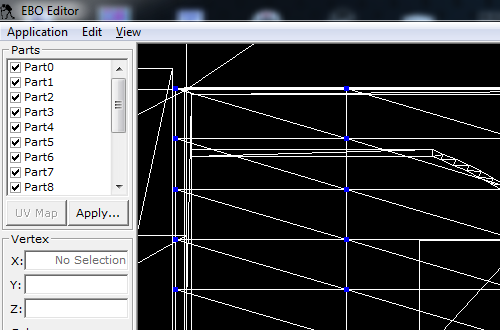 As it stands, WWE 2K has been the only other PC sports game under the 2K banner in recent years. From what I’ve seen, the file formats are completely different, so there’s no possibility of helping each other out with compatible tools. The modding scene has also changed drastically over the years. When the NLSC was founded, tools and mods alike were made readily available, and the satisfaction of creating them was its own reward. A lot of people who develop modding tools these days charge money for their time and effort. While that’s understandable to some extent, it has changed the tone and culture of modding communities. The hobby is less accessible now.

Should Madden pave the way for NBA Live to return to PC, it will be interesting to see what impact it will have on modding; what the Madden community will discover in terms of what’s feasible, and how it’s done. Should they develop the tools and resources by the time NBA Live hopefully joins Madden on PC, it may prove to be a tremendous head start for our passionate modding community. Of course, with Madden using the Frostbite engine and NBA Live still on IGNITE, there’s a chance the tools won’t be compatible. NBA Live and Madden will be sharing some assets and tech though, so I wouldn’t rule it out. FIFA modders may also be able to help.

NBA 2K is always going to be a different story, unless a few more programmers who are generous with their time come along and develop free (or affordable) solutions. The techniques for editing textures will likely remain very similar, and that will bode well for a new version of NBA Live on PC, too. If nothing else, we need to be able to cooperate with each other, sharing resources and knowledge rather than jealously guarding it, and refusing to collaborate. Hopefully assistance will come from beyond our modding community, but if it doesn’t – and even if it does – we need to be willing to work together. As always, external roster editing will be vital to figure out.

The bottom line is that we not only need people who are willing to make mods, but people who are willing to make the tools that will allow everyone else to make mods. There aren’t as many people with the willingness and know-how to create tools as there used to be, which is where having friends in other modding communities greatly helps us. If NBA Live does return to PC – as many of us are hoping it will – we’ll need to work with the people making tools, resources, and mods for Madden and FIFA. You only need to look back at what we were able to create during the heyday of NBA Live modding to see what cooperation with other communities can accomplish.

Back in the ‘00s, we don’t have so much of the online experience frankly offered now. I’ve run my Dynasty, played Playoffs brackets, done seasons. Free play was a thing too, when I’ve used legend squads in Live 05–08 to beat opponents for a record. 🙂 Patches to tweak a salary in Dynasty, fresh out the look with jerseys-novelties or to make a particular player face or apparel (bands, tattoos, hair styles) valid were welcomed! Now we have so much stuff out of the box, so there is no need to invent new colorful courts or mold player faces by themselves, cause all that stuff is already pretty much captured and rendered. Given the credit to the abundance of network features that gives the companies «recurrent revenue», it limits the ability to invent something on the consumer side in MyPark, MyTeam, LUT, and so on, too.

There are still quite a few inaccuracies with faces and jerseys, not to mention missing players. It’s not like modding has become outmoded, or people have lost interest in doing it/having mods. The point that I’m getting at here is that back in the day, we had a few other communities working on games that had similar file formats. It meant that we had a lot more tools and resources at our disposal. Unfortunately, we’re not in a situation where that’s feasible these days.