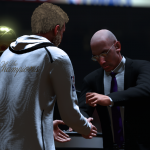 We’re at midcourt, and the ball is about to go up…it’s Monday Tip-Off! Start your week here at the NLSC with a feature that’s dedicated to opinions, commentary, and other fun stuff related to NBA Live, NBA 2K, and other basketball video games. This week, I’m tipping things off with some final thoughts on NBA Live 19 and NBA 2K19 as we enter the final days leading up to NBA 2K20’s release.

Cue “The Final Countdown” by Europe, as we’re just days away from the release of NBA 2K20! As for NBA Live 20…well, we’re still waiting to find out what’s going to happen with EA Sports’ long-running series. In any event, the impending release of NBA 2K20 means that we’re days away from NBA 2K19 and NBA Live 19 officially becoming last year’s games. That is to say, they’ll no longer be the most up to date sim-oriented NBA titles, and the community’s interest will shift to the game set in the forthcoming 2020 season.

It’s a strange period of limbo in the annual basketball gaming cycle. If you’re done with last year’s games, you’ll be itching to get your hands on the new release. If you still have unfinished business, you’ll likely be furiously playing them to achieve some semblance of closure before moving on to this year’s title. After all, it’s not easy to go back and pick up where you left off when you’re hooked on a new game that will itself be outmoded a year from now. With that in mind, as we find ourselves in the final days before NBA 2K20 officially succeeds NBA 2K19 and NBA Live 19, I’m taking a moment to reflect on the past year of basketball gaming, and to look ahead.

I’ll admit that I haven’t been playing a lot of NBA Live 19 or NBA 2K19 lately. I had thought that I might be playing NBA 2K19 up until these final days, but I’ve already achieved a sense of closure with it. I played through two full seasons in MyCAREER, and secured a place in the Hall of Fame for the first time, so I feel done with it.  I’ve been able to collect some great cards in MyTEAM on both PC and PlayStation 4, but it feels too late to mess around with the mode. After a generally miserable experience with online play, I put it aside after a rare Jordan Rec Center game that was actually quite satisfying. I’ve enjoyed my time with NBA 2K19, but again, I feel done with it. 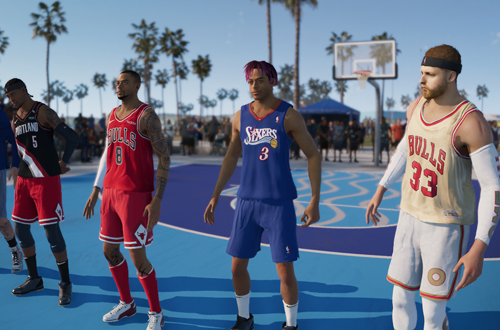 As for NBA Live 19, I haven’t played it much this year; in part because I was drawn into NBA 2K19’s MyCAREER, but also because there was nothing that really held my interest. Franchise is still too bare bones, not just compared to MyLEAGUE but NBA Live’s own Dynasty mode over a decade ago. Ultimate Team took a huge step backwards, which was tremendously disappointing after all of the fun I had in LUT in NBA Live 18. The focus on The One hurt both the gameplay and the depth of all the other modes. NBA Live 19 felt like a misstep after NBA Live 18 felt like progress, and it’s left me feeling rather concerned about the future direction of the series.

We’re still waiting on any kind of news about NBA Live 20, and while it should be noted that there are indications that something is coming out and that the team is hard at work on a future release, I don’t blame my fellow gamers for feeling sceptical. I do want to see NBA Live succeed, and I’m hoping that the next release can be a big one. There have been too many baby steps, missteps, and lost opportunities over the course of this generation. I’m still puzzled by this “new, younger audience” that NBA Live is apparently angling for. Not only is it in their best interests to appeal to everyone, but the audience they speak of likes NBA 2K. To that end, they need to borrow from 2K.

Anyway, the direction of NBA Live is a topic for another time, and it remains to be seen what happens with NBA Live 20. Fortunately, we do have another sim title on the market, and NBA 2K has generally provided the basketball gaming experience that we’ve wanted on the virtual hardwood and blacktop, with deep modes that keep us hooked. In some ways that’s actually a problem with NBA 2K: there’s so much to do each year, to the point where it’s impossible to sink the necessary hours into every single mode. That’s a good problem to have of course as it means there’s something for everyone, but I often feel like I’ve missed out on big chunks of the game. 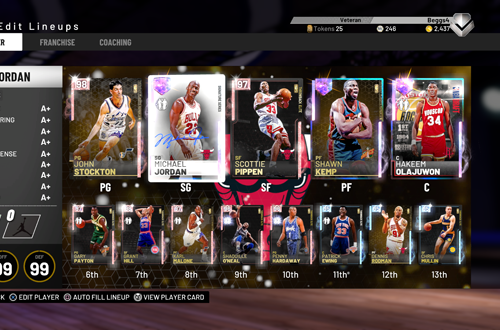 Unfortunately, that’s the downside of playing MyCAREER. It’s been fun and very satisfying, but the grind makes it virtually impossible to find time to play MyTEAM or MyLEAGUE, especially when you’re trying to make your player viable for online play. It does sound like that’s an issue that’s been addressed in NBA 2K20, and while it’s a change that’s coming a bit too late for me, I’m glad to see it all the same. It might even allow MyCAREER to be played on the side, which would be handy as it is an effective source of VC that can then be used to buy packs in MyTEAM. In any event, I’m confident that MyCAREER won’t be a high priority for me in NBA 2K20.

I do feel somewhat wistful that I wasn’t able to get into MyLEAGUE or MyTEAM in NBA 2K19. My plans for a MyLEAGUE on PC as an alternative to MyCAREER on PS4 fell through, and my experiences in MyTEAM were mostly limited to entering Locker Codes and collecting cards, rather than playing through Domination, Triple Threat, or the challenges. I’d envisioned spending the final days in the lead up to NBA 2K20 tying up some loose ends in NBA 2K19: some MyTEAM games, simming to the Playoffs in my third season of MyCAREER and going for a threepeat, and maybe a few Play Now games with historical teams. However, I haven’t had the motivation.

That’s how it goes when you’ve spent a good nine or ten months playing the game on a regular basis and achieved a sense of closure with the mode you chose to play. I’ll be sorry to lose all those Michael Jordan cards and start over in MyTEAM, but at least reaching the Hall of Fame (and souring on the connected online experiences) allows me to let MyCAREER go without regrets. For the game to feel fresh and enjoyable and keep me hooked for that long – on two platforms to boot – speaks to how I was able to get my money’s worth, even if I did have to leave something on the table. It’s not like I can’t go back if I feel like it, as long as the servers are still up and running. 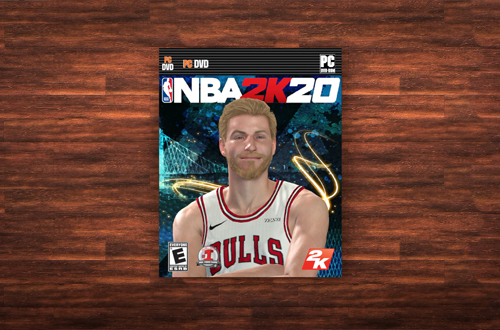 Though it will be difficult to start over from scratch in MyTEAM, I’m hoping that I don’t feel compelled to go back to NBA 2K19; at least, not right away. I hope that I find NBA 2K20’s gameplay to my liking, and that I can get hooked on a MyLEAGUE game while also messing around with MyTEAM. I’d like to be as eager to play NBA 2K20 as I was NBA 2K19 throughout much of the past year. It’s feeling like a good year to leave MyCAREER and online modes behind, and return to my roots as a franchise gamer. I’ve had a lot of fun with MyCAREER and playing with the NLSC squad in 2K Pro-Am, but those other modes seem fresher and more inviting now.

History suggests that there will be a period of adjustment. I’ve found that whenever I’ve been really hooked on a basketball game, I have to get used to the overall vibe and atmosphere of a new one. You get so used to seeing the same menus that the new game feels strangely foreign, even if it has a similar layout and aesthetic. It’s a little like seeing a star player who has changed teams wearing their new jersey for the first time. Just as we get used to seeing players in new uniforms however, if a new game delivers the goods in its gameplay and modes, all of the new features, menu artwork, songs, and other unfamiliar aspects will soon feel very familiar and welcoming.

My final days with NBA 2K19 and NBA Live 19 before the release of NBA 2K20 will most likely involve getting some screenshots and videos for future features, just so I’ve got them readily on hand. If I can muster the enthusiasm, I might try to tie up some loose ends and squeeze some final enjoyment out of them before I get stuck into NBA 2K20. If nothing else, it will allow NBA 2K19 to be fresh in my mind when I make any comparisons with its successor. A new game is right around the corner, but if you did enjoy the past twelve months of basketball gaming, then the 2019 season titles might just see you through the final days before NBA 2K20’s launch.