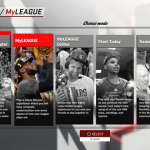 We’re at midcourt, and the ball is about to go up…it’s Monday Tip-Off! Start your week here at the NLSC with a feature that’s dedicated to opinions, commentary, and other fun stuff related to NBA Live, NBA 2K, and other basketball video games. This week, I’m tipping things off with a discussion of why franchise modes still matter to the basketball gaming experience.

Reading through the deep dive blog on Madden 19’s Franchise mode, I have to admit that I felt a bit envious. While not all of the specific features would be appropriate for NBA Live 19, the point is that the Franchise experience in this year’s Madden will be receiving some significant attention. Although it’s been confirmed that all modes in NBA Live 19 will be getting some additions and enhancements – good news as the game aims to take the next big step – it’s probably safe to say that Franchise Mode will be a much lower priority than The One.

That’s understandable of course, as it’s catering to the current trend that favours career modes and their connected online experience. However, it’s been a long time since NBA Live’s Franchise mode was a high priority, receiving the attention that it needs and deserves. Indeed, there were a few missteps in the “streamlined experience” in NBA Live 18, so I’m hoping for some much-needed enhancements this year. NBA 2K meanwhile has featured a much deeper franchise experience in the form of MyGM and MyLEAGUE, though it could benefit from a few fixes and some fine-tuning. I hope neither game neglects their franchise modes, as they still matter to gamers.

Even as trends change in basketball gaming, it’s important that the core experience still covers all the basics and old standards. Long-time basketball gamers certainly know the pain of modes and features that have disappeared as the years have gone by. There’s a similar frustration when modes do remain in the game but seemingly take steps backwards, losing key features and functionality. While some modes do become obsolete, and others may not be as popular as they once were, the last thing we want to see is regression and a lack of depth. Franchise modes are no longer the attraction they once were, but it’s vital that they remain robust and appealing. 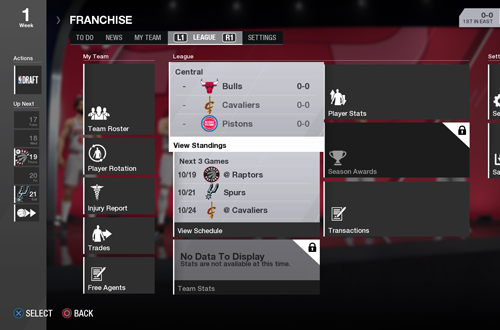 Presently, this is a much bigger issue in NBA Live. The depth of NBA Live’s modes has been an issue since the reboot and relaunch of the series in 2013, but Franchise mode, both in its current incarnation and under the Dynasty mode branding, has been particularly affected. The innovator of franchise modes in basketball games, NBA Live has been losing ground to NBA 2K for well over a decade, first with Association and more recently with MyLEAGUE and MyGM. More disappointingly, the current mode isn’t as deep as it was in older versions of NBA Live, having received minimal attention over the past five years or so.

Ideally, NBA Live’s Franchise should be closer to what NBA 2K has done with its MyLEAGUE mode, or at the very least, Association mode on prior gen. I understand the argument that both games should try to do certain things differently, but when it comes to their franchise modes and other NBA sim staples, there are some features and design principles that should be standard. I don’t expect NBA Live to catch up to NBA 2K within the space of a year, but I would like to see Franchise start taking some significant steps in that direction. The One is rightfully the featured attraction, but all the same, Franchise can’t be left behind to rot.

I’ve gone into more detail in my contributions to our NBA Live 19 Wishlist, but the changes I’m hoping to see this year boil down to depth that we saw in older NBA Live games, as well as a few ideas from MyLEAGUE. Trades between the CPU teams, scouting rookies throughout the season, custom Draft Classes, free agent negotiations, a daily schedule (rather than a weekly one), the ability to change your players’ jersey numbers, recognition of retired jersey numbers, league histories and records, multi-team control, a trading block, a proper league leaders menu with the appropriate qualifications…these are just a few of the key needs in NBA Live’s Franchise mode.

It’s vital that features like that do make their way back into Franchise mode, because there is still interest in it. I’ve been itching to make a return to franchise gaming, as I’ve become quite burned out on career modes and the connected online experiences. I also found the online experience in NBA Live 18 to be frustrating, as the lack of an Australian server resulted in a lot of lag, making jumpshots virtually impossible. As I created a Point Shooter, this was a rather large problem. The One is NBA Live’s hook and caters to what’s popular right now, but the rest of the modes need to deliver. They still matter, because a well-rounded NBA sim needs to have it all. 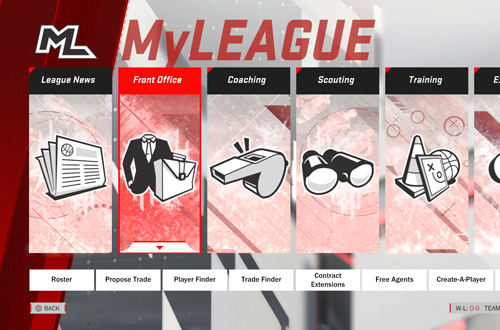 Fortunately, NBA 2K doesn’t have the same problem with its franchise modes. In fact, it’s the complete opposite of NBA Live’s current situation. If anything, it’s tough to suggest things that MyLEAGUE and MyGM need, because they are so deep at this point. Rather than adding new and noticeably absent features, 2K’s main priority with its franchise experience is enhancing what’s already there. This means ironing out the issues with the logic behind trades, free agency, and coaching changes, improving the method of generating rookies, expanding and refining the way players develop and regress, and so on. In short, polishing things up as needed.

Beyond that, perhaps the biggest must for NBA 2K’s franchise modes is to not remove any desirable features. I do think that’s highly unlikely, but it is possible that the other improvements I mentioned are overlooked in favour of enhancing MyCAREER, The Neighborhood, and – cynical as it may sound – any feature that will boost recurrent revenue. At the same time, I know the people who work on MyLEAGUE and MyGM are very passionate about those modes, and want to keep making them as great as they can be. They seem to understand that while those modes may not matter as much or to as many people as they used to, they do still matter, and are therefore important.

One area where 2K may have to put in some extra work, or perhaps change course somewhat, is the story in MyGM. I do believe it was a good idea to add a further distinction between MyLEAGUE and MyGM by emphasising the role-playing aspect of the latter while keeping the former as the traditional franchise experience, but most gamers seemed somewhat put off by the story they went with. I’ve spoken at length about how I feel the story-driven approach has been too invasive in MyCAREER (and how I’d like to see separate career modes, as they’ve done with the franchise modes), but done well, it can be a fun idea that differs from the more old school MyLEAGUE.

Getting back to NBA Live, Franchise mode still matters because of what the game has always strived to be: a simulation of the NBA. While The One does encompass both The League and The Streets, there tends to be a lot of focus on the latter. This is a wise approach in many respects because there is a lot of appeal there and it’s a great hook, but a comment that I’ve seen a lot in recent years is “What about the NBA?” Providing a realistic simulation of the real NBA, in terms of both a single player career mode and a franchise mode, is still something gamers want to see. As such, The League and Franchise will need to be as robust as The Streets and LIVE Pro-Am. 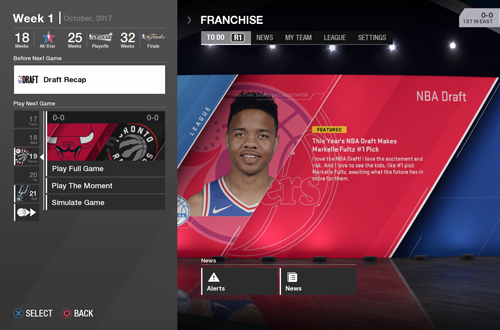 I’ll admit there are times when I feel out of touch and a bit of a dinosaur when I talk about the importance of Franchise modes in basketball games, but then I see other gamers expressing similar thoughts, and I realise I’m not alone in my interest. Servers will get shut down, rendering the team building modes and big chunks of the career modes useless and inaccessible. Likewise, server maintenance or connection problems will also temporarily lock you out of those experiences. Conversely, Franchise modes can be played for years – offline – and are often fun to revisit. Their depth never goes away, and many gamers still enjoy the all-around NBA experience they provide.

At the end of the day, the staples of basketball gaming are necessary for well-rounded titles that appeal to everyone in the demographic. There’s a reason why the addition of roster editing in NBA Live 18 was such a big deal. There’s a reason why gamers loved having Playoffs mode back in NBA 2K, and want to see it return to NBA Live as well. There’s a reason why when everything else is put aside, NBA 2K is applauded for the depth of its modes, and why NBA Live is criticised for its lack thereof. In short, modes definitely matter. As the original comprehensive experience with an enduring relevance in basketball gaming, Franchise modes remain vitally important.