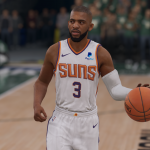 We’re at midcourt, and the ball is about to go up…it’s Monday Tip-Off! Join me as I begin the week here at the NLSC with my opinions and commentary on basketball gaming topics, as well as tales of the fun I’ve been having on the virtual hardwood. This week, I’m tipping things off with some thoughts on the prospect of Triple-A basketball games being free-to-play (aka F2P).

It’s no secret that NBA Live, once the brand leader in sim NBA video games, has been struggling for well over a decade. It hit a low point with the failed attempt to rebrand and revamp the series with NBA Elite 11, one that it hasn’t been able to recover from to date. With its inability to topple NBA 2K, or even just make some inroads into gaining a bigger share of the market, I’ve seen people suggest that the console version of NBA Live become a free-to-play title. The argument is that it would be a lower risk, and encourage more gamers to give it a try.

Interestingly, I’ve also seen suggestions that NBA 2K become a free-to-play game. In this case, the suggestion has nothing to do with quality, but rather finance. As you’re undoubtedly well aware, the nature of NBA 2K being an annual release means that in modes such as MyCAREER and MyTEAM, there’s a reset on our progress with each new game. That means more grinding, and more money spent. With annual sports titles often being derided as glorified roster updates, it’s no surprise that a free-to-play model, or perhaps a new game every few years with subscriptions for updates in between, are ideas that have been floated. I certainly have some thoughts on that.

In short, I’m not a fan, and I’m not in favour. It’s not that I don’t understand where the suggestions are coming from. Yes, if NBA Live were F2P, it might encourage gamers to give it a look. If it’s appealing, EA Sports could recoup their costs through recurrent revenue mechanics. Let’s stop right there for a moment, as that is a major concern. The F2P model is built on microtransactions, and designing games in a way that will encourage, pester, trick, and force gamers into spending. Profits are prioritised above enjoyment. And yes, I know that already happens with microtransactions in Triple-A titles, but imagine how out of control they would be as the sole source of revenue. 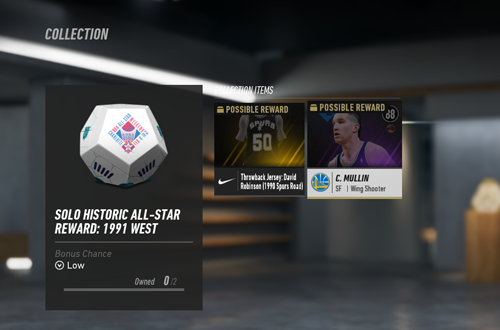 Also, while it’s a generalisation, free-to-play games usually don’t have the depth or quality of Triple-A releases, or for that matter, top-tier indie titles. Making NBA Live F2P may garner more attention, but not all of it would be positive. It would be seen as admitting an inability to even try to compete with NBA 2K, or create a deep NBA sim game. It would look cheap, and likely wouldn’t satisfy hardcore basketball gamers. It might not have a deep Dynasty mode, or a fleshed-out NBA career experience. In all likelihood, it would have a large focus on the online scene, and collecting cosmetic items. I expect that it would be seen as – and kind of be – a glorified mobile game.

That’s not the NBA Live I want to see return. I don’t want NBA Live Mobile with better graphics. I don’t want a repeat of NBA Live 19, where all of the focus is on The One and Live Events, while core modes and staple features are barebones or missing. Look, you can argue that the NBA Live name has been sullied already, but knowing what it once meant to basketball gaming, I don’t want it attached to a watered-down game built around loot boxes and cash grabs. Now, reducing the price, or making it a digital-only release, would be a wise strategy if NBA Live returns. An eventual price rise would be controversial, but hopefully the quality would be able to justify that.

So, how about making NBA 2K free-to-play? First of all, I don’t see it happening. 2K is already making bank by selling ten million copies of the game annually, and then raking in millions of dollars in profits through Virtual Currency sales. They already have people buying the game every year, and then pumping more money into it. They don’t need to win back the crowd, and they’re already making recurrent revenue like a F2P game, with an annual purchase on top of that. In the case of NBA 2K, adopting a free-to-play model would actually be giving up revenue! I don’t see the suits doing that, and in all fairness, it would be incredibly bad business sense for them to do so. 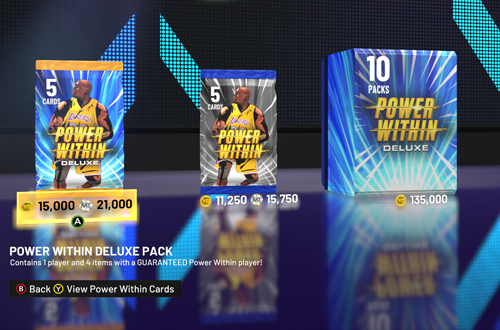 Even if they were willing to change their business model, I don’t believe it would be good news for us. If 2K were to cut out the annual purchases from their profits in order to solely rely on recurrent revenue, they’d be looking to make up for the former through the latter. That means a game that is already incredibly aggressive in its push to get gamers to spend would ramp up the pressure even more, which means the fun would be gated and an even lower priority. You think MyTEAM and MyCAREER are pushy about buying VC now? Imagine how those modes would be if recurrent revenue mechanics were the only way NBA 2K was generating profits for Take-Two!

Also, while NBA 2K already has far more depth than pretty much any of the best games in the NBA Live series, I’d have concerns about that depth being retained under a F2P model. Anything that doesn’t make money wouldn’t be a priority, and may even be on the chopping block. Will NBA 2K’s incredible franchise experience still be available if the game is free-to-play? It might be, but I doubt it will see many fixes or further innovation. Will retro players still be available outside MyTEAM? Perhaps, but I could definitely see us having to pay to unlock them in a F2P NBA 2K. I just don’t see us getting a quality experience in a Live or 2K that’s free-to-play.

Since I’ve broached the subject however, the prospect of a game being released once every few years and kept updated with a subscription – presumably slightly cheaper than the cost of buying a brand new game – is an intriguing one. Such a game would likely still have the depth of an annual release, so it needn’t sacrifice quality. In fact, if there wouldn’t be a sequel coming out the following year, such a release would need to have outstanding quality, and comprehensive features and content. Assuming it did, MyCAREER and MyTEAM could actually be better value for money. New content and subscriptions/season passes could earn the profits that Take-Two is aiming for. 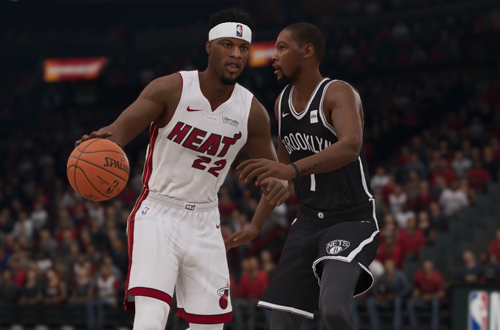 Nevertheless, I’m not convinced that this would be win-win, and I could still see 2K stepping up the pressure to spend, since they wouldn’t be relying on ten million sales every year. Not only that, but making an NBA game that will keep a majority of the fanbase satisfied for several years is easier said than done. There hasn’t been a game yet – NBA 2K or NBA Live – where you could reasonably say that there’s nothing that could be added or fixed next year. Patches can’t address everything, and big changes in the NBA require massive rewrites of code to implement them. Annual releases for sports games have their drawbacks and greedy aspects, but also many benefits, too.

There’s also the matter of retro basketball gaming. I know this won’t be an issue for any gamers who always like to move on and hardly ever play older titles, but it is a problem. If a game is intended to last a few years, there’d be no going back to older seasons to replay them, as we can with older titles now. If a game evolved in a way we didn’t like, we’d be stuck with it. If a game’s content was based around a model of subscriptions and season passes, how much of it would we lose when the servers are eventually shut down? Not everyone likes the idea of games being disposable, and that would assuredly happen if they adopted a subscription or free-to-play model.

Of course, these discussions are quite likely a moot point. Word has it that EA Sports did actually consider the prospect of making NBA Live free-to-play, if only to keep the series alive while preparing to finally make a long-awaited strong comeback in the console and PC space. Apparently the NBA wasn’t on board with the idea, leading to an extended hiatus for the series. If that’s true, then I would say that the NBA made the right call. Again, I don’t believe it’s a model that the NBA Live brand should be associated with. I doubt the league is against being licensed for F2P games, but when it comes to an established brand, it’s likely a case of “do it right, or don’t do it at all”. 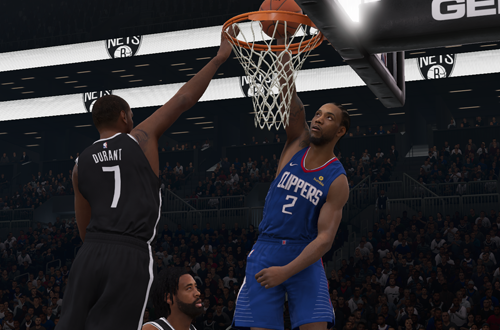 Once again, while EA Sports might feasibly consider a F2P approach in order to retain a foothold in the basketball gaming space, 2K Sports has little incentive. They already make bank with NBA 2K, through a combination of their annual sales and a contingent of gamers that will pump money into content that will be gone after 27 months. I’m guessing the NBA wouldn’t be any more open to NBA 2K becoming F2P than it would be for NBA Live, or even to adopt a subscription model while releasing a new game every few years. It’s just that NBA 2K has no reason to propose the idea, whereas NBA Live’s struggles make it something EA might understandably consider.

For our part, I don’t believe we should want that for NBA Live if it returns, and we definitely shouldn’t want NBA 2K to make such a change. If NBA Live were F2P, I just don’t see it being the viable alternative to NBA 2K that basketball gamers have expressed interest in. If NBA 2K were F2P, I see it creating far more problems and a worse experience for us, rather than addressing some of our biggest concerns. There’s no way it would be less pushy about microtransactions. There’d be a genuine risk of losing depth that doesn’t contribute to recurrent revenue. F2P mechanics in a Triple-A title is bad enough, but the situation would be even worse without those annual sales.

Under a subscription service, we’d be stuck with bugs and other problems for much longer, and it’d be difficult to future-proof with ongoing changes in the NBA. We’d end up losing content and retro gaming opportunities. I realise that NBA 2K has been heading in the direction of being an MMORPG with MyCAREER, but for all the talk of annual sports games being mere roster updates, new releases bring too much to the table for the games to only come out every few years. I realise the danger in being too stubborn to adapt to new ideas, but it’s always imperative to assess the pros and cons. If Triple-A basketball games went free-to-play, we’d be getting what we paid for.