Monday Tip-Off: Are We Gaming Or Are We Modding? 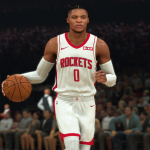 We’re at midcourt, and the ball is about to go up…it’s Monday Tip-Off! Start your week here at the NLSC with a feature that’s dedicated to opinions, commentary, and other fun stuff related to NBA Live, NBA 2K, and other basketball video games. This week, I’m tipping things off with a few thoughts on the gaming and modding habits in our community.

One of the more disappointing trends in our community in recent years is the drop-off in discussion about the games we play. We certainly do talk about them, but there’s much less discussion about sliders, strategies, positive and negative impressions, and the general gaming experience on the virtual hardwood. This definitely wasn’t always the case in the NLSC Forum. If you dig through the archives, you’ll find plenty of topics discussing gameplay and game modes, sharing everything from suggestions and tips to criticism and praise. Within those topics, you’ll see lively discussion.

Not so much anymore, however. Conversely, activity in our modding community is still at a high level. From releases and previews to modding advice and requests for mods, there’s plenty of chatter. It’s a puzzling phenomenon, and an imbalance that I’d love to see corrected. Obviously we’re known as a modding community, but we’ve always been much more than that, in both our original content and the conversations we have about basketball gaming. In trying to determine how this trend began and what’s changed in our community, I can’t help wondering: are we actually playing basketball video games, or are we just modding them?

The thought occurs that people must be playing the games as well, even if they’re mainly interested in checking out and talking about mods. After all, mods are meant to be played with; they’re content that’s intended to change or enhance gameplay, not just be installed and looked at, or to be requested and complimented without further use upon release. If you download face updates, it’s presumably so that the players look better while you play. If you download a retro season roster, or a user-made current season update, it’s to have a different or better virtual basketball experience. In short, we use mods to alter or improve something in a game that we’re playing. 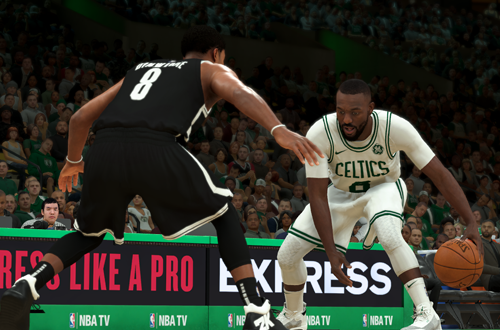 It can be a different situation for modders, of course. There are people who simply buy the games to mod them, because they find enjoyment and satisfaction in creating content for other people. There’s noting wrong with doing this, and I’ve personally modded games that I didn’t end up playing much, as well as continued to mod games after moving on to another one. It all comes down to free time, personal preference, and which part of the hobby you find the most satisfactory. Whether you’re creating mods for your own use as much as anyone else’s, or just because you like tinkering with games more than playing them, the motivations vary from modder to modder.

There’ll always be a keen interest in modding in our community, and I definitely don’t ever want to discourage that. We’ve compiled a respectable amount of resources, and we’ve had some talented people produce some great work, from standalone updates to comprehensive packs and total conversion mods. I’d never want to dampen anyone’s enthusiasm for talking about mods, but I wish that as a community, we had the same enthusiasm for gaming discussion. I’ll admit that it’s frustrating to see people readily make hundreds of posts requesting or complimenting mods, while topics about playing the games are met with lukewarm responses, or indeed, outright silence.

That’s why I’m left to wonder how much time people are actually spending playing the games, rather than just seeking out and installing mods. Once again, it seems counterproductive to install mods and then not actually play the games and reap their benefits, but it’s strange that so many people are no longer compelled to share stories about their experiences, or comment on aspects of the games they like and dislike. Gone are the days when the general discussion boards were full of threads that were a mixture of positive, negative, informative, entertaining, enquiring, and thought-provoking posts. We do see those topics, but they get far less traction nowadays. 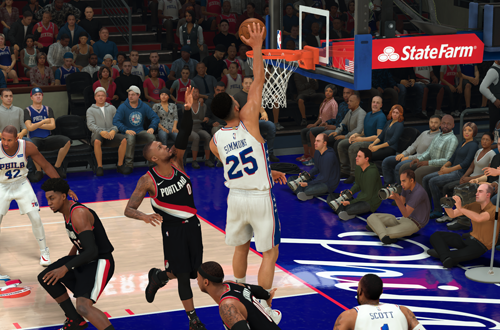 A kneejerk suggestion would be that social media has made discussions like that a thing of the past; that we’re only interested in bite-sized discourse that doesn’t take much time, thought, or effort. I do think that social media has had that effect to some extent, and of course, conversation in the modding section rarely invites lengthy posts or much in the way of back-and-forth debate. However, we do still see opinions on gameplay and game modes being posted on Twitter. You can also find many in-depth discussions on Reddit, in a similar format to traditional forums like ours. With that in mind, I can’t help wondering if we’re doing something wrong, and discouraging posts.

Certainly, platforms such as Twitter, Facebook, and Reddit have advantages that we don’t as a niche website and community. With one account on those platforms, you can take part in a wide variety of discussions across a broad range of hobbies and interests. With such a large userbase that’s jumping from topic to topic, discussion to discussion, you can usually get a conversation going or join in on one that’s picking up steam. The same goes for popular YouTube videos and Twitch streams, as well as on gaming sites that cover a broader range of titles. Even though those who lurk always outnumber those who post, the latter is still a large group, even as a minority.

However, the size, scope, and intimacy of our community never used to be a barrier to talking about basketball gaming as well as modding. It’s not as though we don’t have new people registering accounts and posting; it’s just that they’re talking about mods instead of other traditional basketball gaming topics. In evaluating the trend, I’ve considered whether there’s anything we’re doing that’s stifling discussion, either with our rules or the general tone and atmosphere we’ve established. Nothing much has changed in that regard, which is what makes the situation puzzling. We’re just not talking about the games as much as we used to, outside the context of modding. 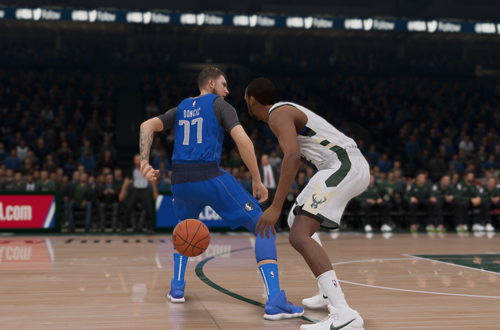 I do think that’s a shame. I believe there are people who would like to engage in the discussions we see on social media and on Reddit, but are discouraged because they don’t think they’ll get much in the way of a response. As discussion has dwindled, so has people’s enthusiasm for trying to start a conversation. It probably doesn’t help that we had some long-time members fade away in quick succession, meaning we lost their example and enthusiastic participation. And of course, we are – indirectly, at least – competing with all those other platforms as a place to talk about hoops games. If you’ve already had the conversation elsewhere, you may not want to repeat it.

With that being said, I also have my concerns that we’ve somehow been pigeon-holed as just being a modding community, when that is only part of what we do here. If that is the perception, then I would like to change that. Once again, that doesn’t mean I want to downplay or reduce support of our modding community, nor do I want to discourage activity in those sections. I just want to encourage everyone to talk about other aspects of the games as well. I also feel like our Wishlists carry less weight when we barely talk about anything except modding, and on that note, I am quite concerned about the lack of interest that the NBA 2K21 Wishlist has drawn so far.

I’ve seen suggestions that some people would rather mod a broken game than play a good one. In my observation, I’d agree that there’s some truth to that suggestion. It sometimes seems that there’s more interest in whether or not a game can be modded than if it’s actually enjoyable to play, and I find that concerning. If nothing else, it’s counterproductive, as mods are meant to be played with and enjoyed, so the quality of a game has to count for something. Yes, it’s important to know what we can do with a game, and we want to be able to create all of the wonderful projects we’re accustomed to seeing. However, we should also want to actually be able to play with them, too. 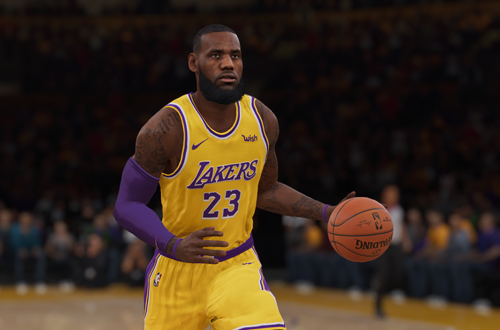 Are we gaming, or are we modding? I have to assume we’re doing both, but we’re not talking about one as much as the other. To that end, I’d like to set a goal for 2020 and beyond. Let’s get back to talking about gaming as much as modding; more than we’re doing now, at the very least. Let’s talk sliders, coaching strategies, and players that are good to pick up in MyLEAGUE and MyTEAM alike. Let’s brainstorm ideas for the new games, gush about things we like, and grumble about things we don’t. If there’s something we can do to better facilitate those conversations, I’d like to know. Beyond that, let’s put the same energy into gaming discussion as we do with modding chatter.