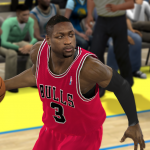 We’re at midcourt, and the ball is about to go up…it’s Monday Tip-Off! Join me as I begin the week here at the NLSC with my opinions and commentary on basketball gaming topics, as well as tales of the fun I’ve been having on the virtual hardwood. This week, I’m tipping things off with some thoughts on how it’s all too easy to hit the modding wall.

Modding can be a ton of fun. To that point, there have always been people in the community that have enjoyed modding games more than playing them. In fact, it’s not a stretch to say that some people would prefer to tinker with a broken but moddable game than play a great game that isn’t modder-friendly. I personally prefer the latter, but I do understand the thought process. There’s tremendous satisfaction in crafting fantastic mods, particularly comprehensive projects. As long as you’re modding for the right reasons, by all means indulge that creativity!

Of course, like just about any creative endeavour, there are tedious moments. Hitting the modding wall takes a few different forms, but it usually comes down to reaching a stage in the project that isn’t fun, or is technically challenging. It may be repetitive work, or a limitation that you have to find a way around before you can continue. The modding wall will often delay projects, and in the worst case scenario, derail them and cause them to be dropped altogether. It’s not a good feeling, especially when you’ve been so excited about an idea and sunk hours into a project. It’s possible to break through the modding wall, and the first step is to realise that you’re not alone.

The modding wall is not a sign of laziness or incompetence. It doesn’t separate the “real” modders from the wannabes; we don’t need to bring that kind of elitist and toxic thinking into the hobby! It’s certainly a test of your patience and determination, and some modders will break through the modding wall quicker than others. To that end, free time is a big factor in how soon this happens. It’s an inevitable hurdle in any case, especially with large roster projects. It’s often easy to move swiftly through the early stages of creating such mods, manipulating and reusing the assets and data that’s already in place. Once that work is done, you’ll find yourself hitting the modding wall. 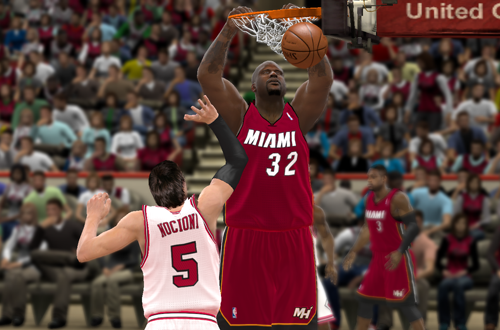 Let’s take a 2006 season roster for NBA 2K11 PC as an example. Only four years separate the end of the 2006 season and the start of the 2011 campaign. As such, while there was significant turnover in the league and new rookies coming in, there’s also a large number of players in NBA 2K11 that were active in 2006. Therefore, the first step in creating a 2006 season roster for NBA 2K11 would be to move those existing players to the appropriate teams as necessary. This will likely take you a few hours, but you can do it in an evening. Open up Basketball Reference, or even just view everyone’s Player Card in the game, and place the players where they need to be.

Again, this only takes a few hours. It still feels like a major amount of work, and it is. It’s established the base for the roster, and determined who does and doesn’t need to be added to the game. However, there’s still a long way to go. You’ll need to edit all of those players so that their ratings, tendencies, and bio data are accurate as of the 2006 season. It’s still one of the quicker and easier tasks since the players are already there, and many of their attributes likely just need to be raised or lowered to wind back the clock on decline and development. Adding the necessary missing players will take much longer, as you’ll be entering their bio data and assigning ratings from scratch.

There are a couple of different ways of approaching this stage. You could get all of the existing players in place, add the missing ones, and then fix up everyone’s bio data and ratings, team-by-team. Alternatively, you could make the necessary edits to the original players first, and then focus on properly adding all the missing players. Both approaches have their advantages and disadvantages, but either way, you’ll soon be trying to break through the modding wall. Progress will be slower as decisions will have to be made as to who to overwrite and who to keep, depending on whether you want to future-proof the roster. There’ll be a lot of repetitive and tedious editing. 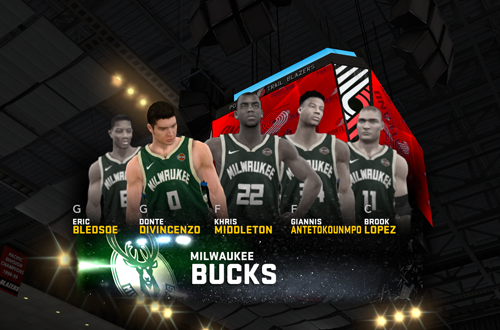 It brings to mind that old joke about sitting down to write a book, only to end up staring at a blank page, except perhaps for a title and “Chapter 1” at the top; only, it’s not really a joke! It’s easy to get to that stage, because feeling inspired to create and making the most basic preparations takes minimal effort. So it goes with creating mods, and just as writers encounter writer’s block, so too will a modder run into the modding wall. There’ll be times when you breeze through modding tasks, just as the words sometimes effortlessly flow when writing a story (or for that matter, an article). Other times, it’ll be close to impossible to envision the conclusion of the project.

So, how do you deal with the modding wall? The first bit of advice that I can offer isn’t helpful to a project that’s already well underway, but is important to keep in mind. It’s vital to pick your projects carefully: consider what will be necessary, how much time and effort it will take, and how passionate you are about the concept. Take my attempts at creating current rosters for NBA 2K11, for example. As Dee4Three and I have discussed on the NLSC Podcast, as much as anything else, my lack of enthusiasm for the modern NBA has been a hurdle in that project. A retro project, like a 2006 season mod, would’ve been something I could be more passionate about.

With that in mind, if you truly can’t muster the passion and motivation to complete a project, it may be wise to scrap it (or if possible, hand it off to someone else). Even if you’ve spent a considerable amount of time on it, there’s no point falling victim to the sunk cost fallacy, and forcing yourself to complete a project you just don’t want to be working on. If you are willing and able to see it through to the end though, you’ll need to develop a gameplan. Create a checklist of major steps that need to be completed, such as moving original players around, editing their data, creating the new players, adding art updates, and so forth. Outline what needs to be done to finish the project. 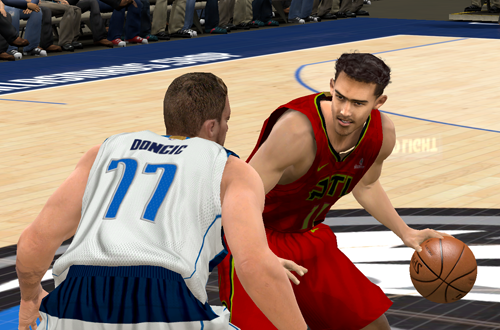 Next, you’ll need to decide how you’re going to tackle each of those steps, and in what order. There are some steps that will need to come before others, but you may be able to mix it up to avoid tedium and maintain continual progress. I mentioned a couple of different approaches to editing original players and adding missing ones in a retro roster mod. The method you choose needs to work for you as far as avoiding boredom and burnout, while progressing as efficiently as possible (ideally without sacrificing accuracy and attention to detail). It’s not for me to say what will work best for you, but I can attest to sabotaging myself by changing my approach once I’d started.

It’s also important to take breaks every now and again. Big projects do require you to dedicate hours of your free time to them, but if it’s getting too much and you can’t stand to look at another player’s ratings, it’s time to put down tools temporarily. To stay in a modding mood, you may want to work on a smaller update that you can finish much quicker; maybe a portrait, or logo update. Just don’t start any other huge projects, or you’ll find yourself splitting time between them, and getting burned out twice as fast! The key is to remember that modding is supposed to be a fun, creative endeavour. If it’s becoming a chore, it’s time to step back and recharge your batteries.

While it won’t always be possible – especially if you’re working on an older game with a more niche modding community – you may also consider seeing if anyone is willing and able to lend a hand. This obviously requires mutual trust on top of availability, and it’ll only be fair that you share credit accordingly. However, if your goal is to complete a fantastic project that you and the community can enjoy, that should be what’s important; not hogging the glory. The best modding projects have all been the result of collaboration to some extent, from contributing art updates to shared roster editing duties. An extra pair of hands can help bust through the modding wall. 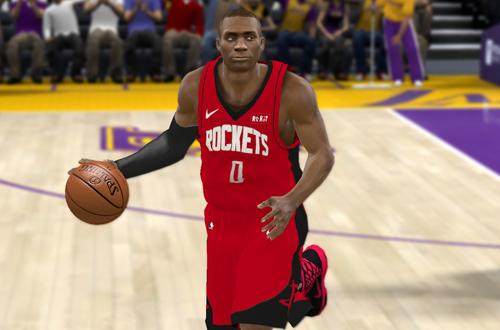 Technical issues present a different kind of modding wall. If you’re not sure how to do something, leave it for the moment if possible, and move on to another task. There’s a lot of stuff that you can add or polish up later, once the framework is in place. Also, keeping backups is a wise practice in general – especially staggered backups that you can roll back to – but it also avoids the modding wall becoming a dead end. If you do happen to make an irreparable mistake such as corrupting a file, or there are too many errors to feasibly correct, the less work you’ll lose and have to redo, the better. Many a mod has been lost before it can even be released, thanks to a lack of proper backups.

Above all, don’t get discouraged. As I said, hitting the modding wall is an inevitable part of working on larger projects. While everyone handles it differently and may get better at doing so through experience, these are challenges that everyone faces. All creative projects are challenging in their own way, which is ultimately what makes them so satisfying to complete. Sure, it’d be convenient if we could open up an app and have it spit out high quality mods with a few clicks, but it wouldn’t be gratifying. In fact, you’d barely be able to call that modding, much as even the most careful and well-shaded colouring-in isn’t as artful as drawing or painting an original picture.

Needless to say, this is all easier said than done. I’ve hit the modding wall several times since I discovered the hobby as a teenager way back in 1997. Sometimes, I’ve been more successful breaking through it than others. With other modding projects, the wall has been insurmountable, and I’ve had to either let them go or put them on the backburner indefinitely. It’s through our mistakes that we learn however, and even if we can’t always put advice into practice, it’s still helpful to keep it in mind. You’ll still hit the wall, and overly ambitious projects will always be at risk of going awry. Still, we can do our best to avoid the modding equivalent of staring at a blank page.