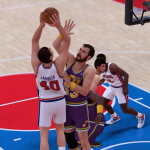 We’re at midcourt, and the ball is about to go up…it’s Monday Tip-Off! Start your week here at the NLSC with a feature that’s dedicated to opinions, commentary, and other fun stuff related to NBA Live, NBA 2K, and other basketball video games. This week, I’m tipping things off with a few insights into our approach to banning people in our community, as well as the potential fallout when users do get banned.

Many years ago, we used to have a public “Banned List” in the NLSC Forum. It was started and maintained for a few reasons. First of all, it let people know that someone had been banned, pre-emptively answering questions as to where they had gone. The second reason was to emphasise the rules that had been broken, as we also listed the reason that the person had been banned. And, because we were all a bit younger and less mature then, the third reason was the humiliation factor involved. In other words, act up, and you go on the naughty list for everyone else to see.

Because of the third reason in particular, I was generally uneasy with the idea, and so we eventually put the kibosh on the Banned List. I also feel that if someone is acting up so badly that we feel compelled to show them the door, they shouldn’t be glorified or given any further attention, and the list did offer some measure of notoriety. I still feel that way, which is why I don’t like to talk about people who have been banned, even when they post inflammatory remarks about the site, me, or other NLSC staff. It’s sometimes awfully tempting to respond though, even if it’s only in general terms. To that end, I’d like to talk a little about those who hop aboard the banned wagon.

First of all, contrary to what some people who have been banned like to assert, it’s not something that I or any of the other moderators relish or revel in. Alright, there have been some jerks that we’ve not been sorry to send packing, but we’d rather not have to do it at all. As much as anything else, we want to be a friendly and welcoming place for basketball gamers. We want people to be able to express their opinions about the games – be they popular or unpopular – as well as get into spirited debates without worrying about a ban. It’s a delicate balancing act, but the idea is to set reasonable boundaries that allow freedom of expression, and to make mistakes as we all will do. 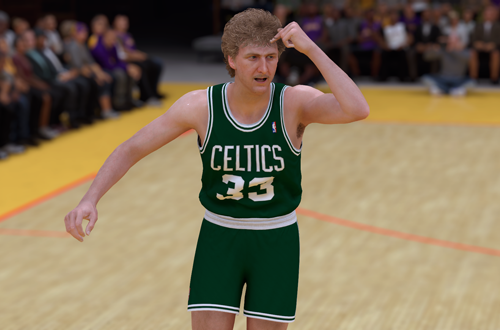 With that being said, we do have those boundaries. We don’t want to cultivate a toxic community, so we’ve drawn a few lines: bigotry, sustained personal attacks on fellow posters or members of staff, piracy, charging for mods, and doxxing, just to name a few. There are a couple of things that will get you banned right away, but aside from that, we try to give warnings and second chances, and use our discretion whenever we can. We do tend to take a dim view of anyone who’s abusing site staff or blatantly disregarding the rules, especially if they have been given fair warning. It makes our job harder and more unpleasant, and shows a disregard for us and the community.

I like to describe the situation with the following analogy. We’re hosting the party, and we want to make all our guests feel welcome and make sure they have a good time. Accordingly, we don’t want to have everyone walking on eggshells, but we do have a few house rules that we expect to be followed because we’re taking care of everything, and are financially responsible for keeping the party going. If someone doesn’t want to follow the rules and is bothering our other guests or disrespecting us, then they’re shown the door. There are things that you forgive and let slide, but our patience does wear thin eventually, at which point we’re compelled to say “enough”.

Needless to say, we’re not perfect. I wish I could say that I’ve handled every single situation here at the NLSC with professionalism and that I’ve always made the right call, but I can’t. There are times that I’ve lost my cool, or made the wrong call. It only emphasises to me that we’re all human and make mistakes, and that it’s appropriate to give second chances as well as admit fault and rectify the situation. Of course, when it comes to people who have been banned after clearly crossing a line, there are quite a few who won’t take any responsibility for what they’ve done, even when you’ve given them clear warnings and plenty of chances before taking any action. 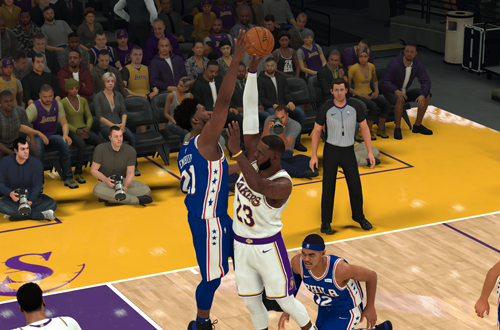 They’re the ones who send me long diatribes via email, telling me how terrible I am and how wronged they’ve been. They’re the ones who make posts on other forums or personal blogs, ripping into the site and whichever moderator that they clashed with. Without fail, their account of the events is quite skewed, painting them as unfairly victimised while downplaying the severity of the incident that led to their ban. The irony is that by reacting in that manner, they demonstrate the exact attitude that got them banned, and the reason why we have little incentive to reconsider. When you act like a complete jerk, it’s difficult to sell us on the idea that you’re not a complete jerk.

Having run the NLSC for over eighteen years now, I’ve seen more than a couple of those emails land in my inbox, and stumbled across those posts elsewhere on the web after ugly incidents that resulted in someone getting banned. And yes, I will pause to consider situations that I could’ve handled better, and reflect on whether I may have been overzealous in enforcing our rules. However, when the email or post is childish and profane, and peppered with personal attacks, I know I made the right call about the person’s attitude and maturity. Again, if your stance is that you’re not an abusive jerk, then being an abusive jerk is an extraordinarily bad way to argue your case.

It’s always the same characters: the young poster who confuses freedom of speech with an obligation to provide a platform, and “edginess” with wit. There’s the person who believes that any expectation of civility, etiquette, and simple common courtesy is political correctness gone mad. And of course, you have the egotistical modder, who believes they’re better than everyone else, and are therefore above the rules and should be worshipped. It’s these individuals who come screeching into my inbox, attack us on social media, or post lengthy rants full of nasty personal attacks when they wear out their welcome and get banned. They’ll also hold onto grudges for years! 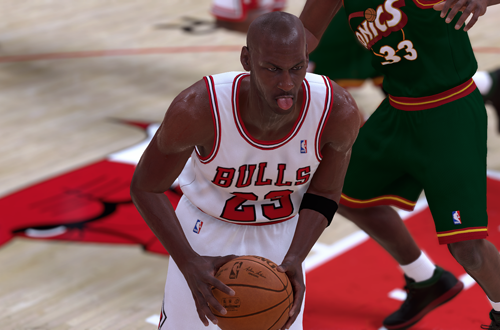 Does it bother me a little? Sure, to some extent. More so when I was younger, but any negative feedback tends to make one at least slightly defensive. Kind words are also a rare commodity online, compared to criticism. Some of the emails, Tweets, and posts elsewhere that have been directed at me have been very personal and below the belt. It doesn’t help that I’ve always used my real name in our community instead of a catchy pseudonym, a throwback to when we were a much smaller and intimate site. It’s not something I lose sleep over, but it is annoying; mostly because I would like to respond sometimes, but that would be stooping to their level, which is exactly what they want.

Furthermore, it would be doing what I didn’t like about our old Banned List: giving them attention. Sure, I could respond in kind to nasty emails or Tweets directed at me and the site, or compose lengthy rebuttals that expose the character of the apparently wronged banned members, but it’s more attention than they deserve. For all the talk about how the NLSC is going under and how everyone is leaving, we still have a thriving modding community and plenty of eyes on our content. It’s not worth giving publicity to disgruntled members of the banned wagon, scowling away to a smaller audience about their supposed virtuous nature, and our apparently evil agenda.

If there’s one thing that I’ve learned running the NLSC – not to mention working in retail and customer service for many years – it’s that you can’t please everyone. Not everyone is going to like what you do, not everyone is going to be reasonable about things, and people are going to talk crap. If you’re an online content creator or a face in a community, you’ll endure some bashing. I’m in no way a celebrity, Internet or otherwise, but I have been part of the online basketball gaming community for many years, and my name is out there. I’ve received hateful remarks in that time, and if someone also happens to dislike Australians, I’m even more fuel for that fire! 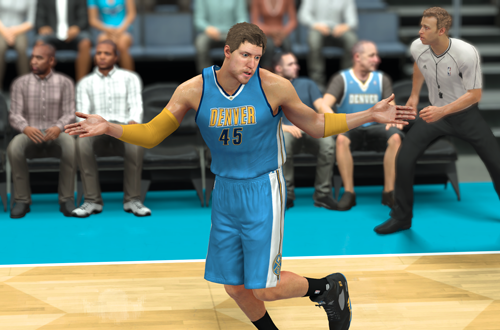 Such is life, as one Aussie folk hero allegedly uttered years ago. I’d much rather hear a compliment than a hateful remark, but one always has to consider the context and the source. Some people are just difficult, rude, and hateful, with little regard for other people’s rights, rules, and boundaries. They’re the ones who end up on the banned wagon and refuse to accept responsibility. They’re the people who don’t want to be respectful to their hosts and fellow guests at the party, and so they’re shown the door. At that point, they’re free to keep spewing their angry rhetoric into the void. It’s not going to stop us from being the best site we possibly can be for basketball gaming.